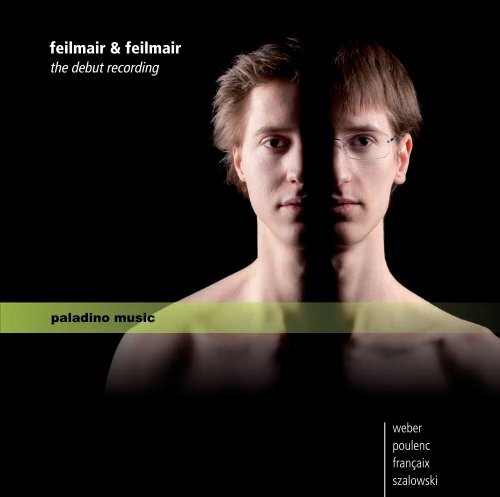 Sonata for clarinet and piano

Sonatina for clarinet and piano (1936)

Carl Maria von Weber loved the clarinet, as did his

and wrote most of his clarinet works for his friend, star

concertos. Not the Grand Duo concertant however:

Letters indicate that it was in all probability written for

the clarinettist Johann Simon Hermstedt, who had

commissioned a new composition from Weber in 1811.

The request for a clarinet concerto was in fact not fulfilled,

so the Grand Duo was composed to this end in 1816, the

world premiere of which Weber also performed with

Hermstedt. It was not dedicated, as was customary at the

time. Weber presumably did not want to endanger the

intense collaboration and friendship with Heinrich

Baermann by dedicating a work to his arch rival. The

Grand Duo is a unique work: In contrast to Weber’s other

works for clarinet the piano part is no mere accompaniment

here but an equal juxtaposition of both

part requires a pianist with large hands and phenomenal

technique; Weber had both, and performed the world

premiere himself. Another special characteristic of the

Grand Duo is its perfect combination of form and effect,

for clarinet and piano. The classical form of a sonata

in three movements is unmistakable, as the first movement

shows in its sonata form. The expressive second

movement acts as an aria and exhausts the clarinet’s

The third movement is presented in rondo form, as many

of Mozart’s or Beethoven’s classical solo concertos and

ends in a virtuoso frenzy of pairs of scales and arpeggios.

Although the form is classical the overall character of the

thirds and sixths, the salon-like brilliance reminiscent of

Chopin and the rondo’s operatic C part, reminiscent of

the later operas of Oberon and Freischutz, are typical

well as the intentional play with timbre and drama

invariably aim at effect; in our opinion more effectively

than all compositions previously created for this combination

The selection of other pieces on our first CD together

is also in accordance with the idea of "form and effect".

We selected three neoclassicists for this, for whose works

the principle of form and effect is also applicable, who

imparted this however in a thoroughly different way.

rooted in the French tradition, however in contrast to the

impressionists they develop their ideas with clarity and

created in 1962 shortly prior to his death and first

premiered posthumously is one of the most important

works for this combination of instruments, as it is

perfectly tailored to the tonal possibilities of the clarinet

yet also gives the piano autonomous space. This also has

a form based on the classical sonata in three movements.

The first movement with the tempo notation of

the mood of this movement. Similar to in the Grand Duo

an aria-like theme is heard in the second movement

(Romanza), however expressively rendered here by both

instruments in turns. The third movement is somewhat

of a rondo with grotesque tonal effects, such as for

example the last bars in the piano reminiscent of devilish

via virtuoso brilliance of the instruments but rather via

original tonality, through the crystalline, airy sound as well

as the dramatic and austere nature of the individual

themes. Without being dramatic the themes of the

romanza and the second theme of the first movement

transpose the listener into a melancholy/melodic universe

from which he is brought back to earthly reality in the

is the title of the creative credo of the French composer

Jean Françaix. Although he felt obligated to no musical

ideology, affinities to the “Les six” around Poulenc and

to Stravinsky are unmistakable in his compositional style,

which is why we have grouped him here among the neoclassical

grandson Olivier) was composed in 1974 on the occasion

of the Parisian Conservatoire’s traditional commission

to create a composition and was frequently played

that year as a "Pièce de Concours". The piece – also

later adapted for clarinet and orchestra – is written in

the variation form beloved in nearly all music epochs.

The sober theme is actually none other than the call for

by the piano and boldly taken up by the clarinet.

This is followed by six variations, which exhibit all the

characteristics of the original compositional style of the

composer which is however conservative for this late time

the work the desired effect, the clarinet is above all

responsible for the effect here with its tonal possibilities.

Antoni Szalowski is one of the little known composers

but he can be considered directly associated to

Poulenc and Françaix. All three owed their inspiration to

kept company in the salon of the important patron

1907 in Warsaw and came from a family of musicians as

did Françaix. He lived in Paris from 1930, where he

celebrated his breakthrough with the overture composed

also wrote the sonatina for clarinet and piano. Just like

forms, which he enhanced with stirring rhythms, songlike

movement is followed by a dreamy, pensive second

movement, which heads towards a climax, nearly stands

still and ends plaintively. The sonatina closes with a vital

third movement, in which comical tonal effects are

created by groups of trills, which are evocative of brash

”He conjures up a vast range of hues on the clarinet -

fireworks,“ wrote a concert critic in July 2011 about

clarinettist Benjamin Feilmair, at that time a mere

20 years old. At eleven years of age he was accepted

into the basic artistic studies programme at Anton

Bruckner private university, where he studied with

Peter Schmidl and Alois Brandstätter are only a few of

the luminaries, who have given him inspiration.

Benjamin Feilmair is a multiple first prize winner at

prize winner of the Mozarteum International

Summer Academy, winner of the soloist prize at Festival

Allegro Vivo 2005 as well as winner of the international

As appropriate nowadays for an aspiring young artist,

Benjamin Feilmair is taking to the concert stage in a wide

range of performances: first of course as a soloist, e.g.

with the Bruckner Orchestra of Linz performing Mozart

and Weber clarinet concertos and with the Vienna

Conservatory orchestra, as well as in recitals, mainly

accompanied by his brother, the pianist Florian Feilmair,

in important concert venues including the Vienna

Konzerthaus, the Musikverein in Vienna and at festivals,

However, Benjamin Feilmair is also demonstrating his

desire to broaden his musical horizons as wide as

under Sir Colin Davis, in the Attersee Institute Orchestra

and the Viennese Jeunesse Orchestra led to substitute

performances in the Viennese Orchestra of the Vienna

State Opera and in the Vienna RSO.

all forms of expression and culminating in apparently

unbridled spontaneity ensures a challenging but

This quote from the Ostsee-Zeitung newspaper

from the year 2010 also comes as no surprise.

”Sensitivity and a wealth of nuances“, ”pearly ease

and aplomb“ are only a few of the traits critics attributed

to the young pianist Florian Feilmair. Born in 1989,

he has already captured a considerable number of important

prizes, among them the ”Klassik.Preis.Österreich“

[Austrian Prize for Classical Music] for his interpretation

of Beethoven’s 3rd piano concerto with the Mozarteum

he won first prize in the international piano competition

After lessons at the Seewalchen Music School, Florian

Feilmair was initially a student of the Anton Bruckner

Linz under Naoko Knopp. After graduating, he returned

to his native city of Vienna, where he was initially taught

by Christopher Hinterhuber and ultimately accepted into

the Vienna Music University in 2008 as a student under

at the Linz College of Music, where he made several

appearances as a soloist with the in-house orchestra.

He can meanwhile be heard regularly in important

Austrian venues, for example in the Vienna Konzerthaus

or in the Brucknerhaus Linz. In addition to his solo

activities he is also active as a chamber musician,

partnered mainly in a duo with his brother, clarinettist 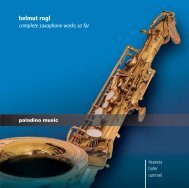 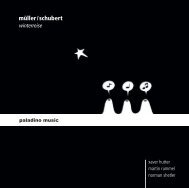 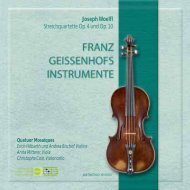 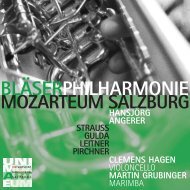 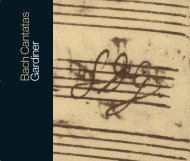 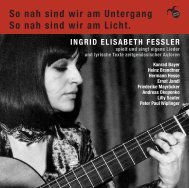 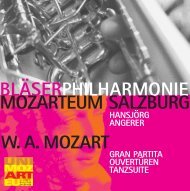 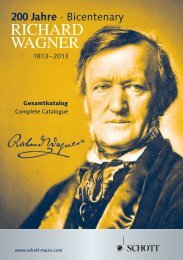 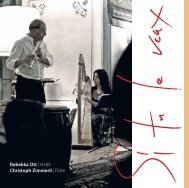