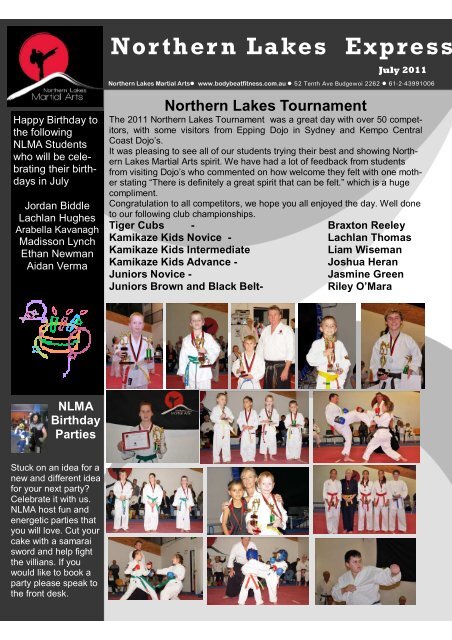 who will be celebrating

Stuck on an idea for a

for your next party?

Celebrate it with us.

you will love. Cut your

cake with a samarai

the villians. If you

The 2011 Northern Lakes Tournament was a great day with over 50 competitors,

with some visitors from Epping Dojo in Sydney and Kempo Central

Lakes Martial Arts spirit. We have had a lot of feedback from students

stating “There is definitely a great spirit that can be felt.” which is a huge

Congratulation to all competitors, we hope you all enjoyed the day. Well done

to our following club championships.

Karate is steeped in phi-

losophy as well as ancient

“The ultimate aim of Kara-

te lies not in victory or de-

feat, but in the perfection

of character of its partici-

Learning karate will not

but it encourages all the

part in a karate and is not

but to personal achieve-

a new technique or kata.

You all should have read

the quote of the Dojo wall

“A Black Belt is a White

up.” Quitting is easy but

Team Chaos performed at the Toukley Food and Fair during the schools. Thank you to

everyone who was able to make it on the day. We know it can be difficult during holidays

but we came together and impressed the crowd with a great routine and team effort.

came down to support their kids and cheer us on.

We have had a few new Team Chaos which is always exciting to see. New members

kids are getting along here at NLMA. This following testimonial was a surprise

to us and we came across it in the Pelican Itch. It was written by the Grandmother

always been a very7 shy little boy. His Mum kept him back from school for a

year due to this extreme shyness. Six months ago his parents managed to get

him to join the local karate school at Budgewoi, Northern Lakes Martial Arts

Centre, and now you would not recognise him. He has excelled to the point of

skipping a colour in his recent grading on Saturday, going from an orange belt,

straight to yellow belt. He also belongs to the Demo Squad, going out to various

areas of discipline, self control, integrity and most important of all in this day

and age , to prevent bullying. The children are taught not to use karate in a

threatening manner, only in self defense. We were all overwhelmed on Saturday

yellow belt in recognition of his dedication, focus and outstanding success.

to karate training reaps results. I have no doubt there has been times

At Northern Lakes Martial Arts we grade on the 3 A’s Attitude, Attendance and

week, to ensure that you progress with the rest of your peers and master many

page 2 of the complex moves and katas that you learn in your class. 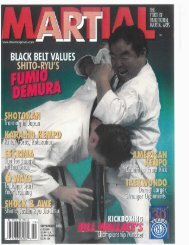 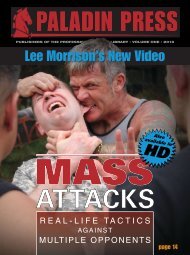 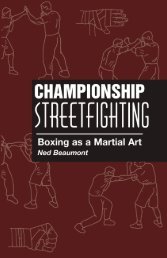 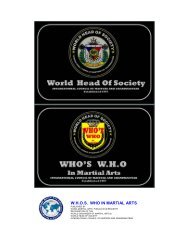 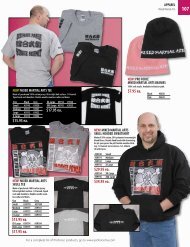 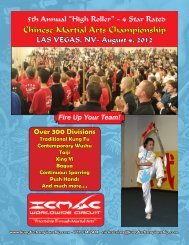 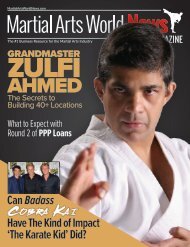 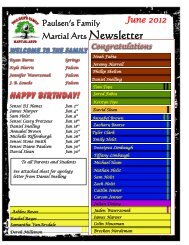 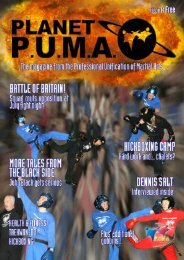 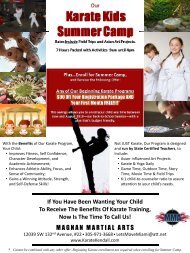 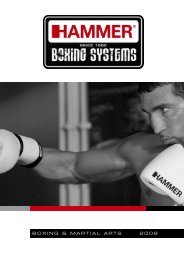 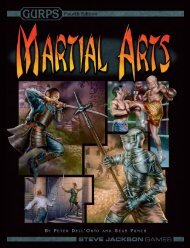 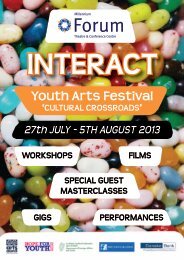 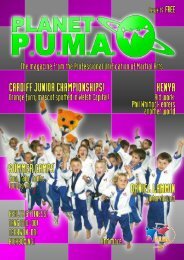 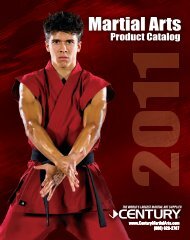 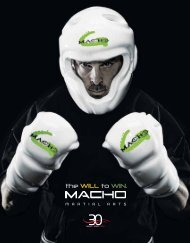 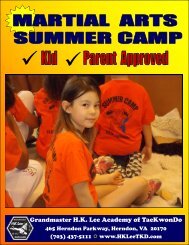 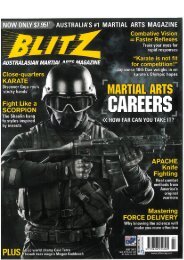 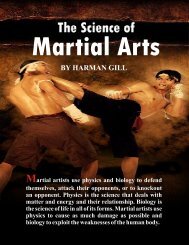