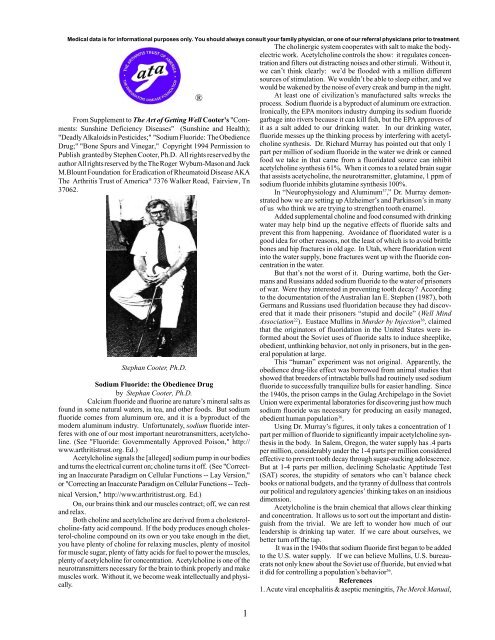 Medical data is for informational purposes only. You should always consult your family physician, or one of our referral physicians prior to treatment.

From Supplement to The Art of Getting Well Cooter's "Comments:

Publish granted by Stephen Cooter, Ph.D. All rights reserved by the

M.Blount Foundation for Eradication of Rheumatoid Disease AKA

Calcium fluoride and fluorine are nature’s mineral salts as

found in some natural waters, in tea, and other foods. But sodium

fluoride comes from aluminum ore, and it is a byproduct of the

with one of our most important neurotransmitters, acetylcholine.

Acetylcholine signals the [alleged] sodium pump in our bodies

and turns the electrical current on; choline turns it off. (See "Correcting

or "Correcting an Inaccurate Paradigm on Cellular Functions -- Technical

On, our brains think and our muscles contract; off, we can rest

Both choline and acetylcholine are derived from a cholesterolcholine-fatty

compound on its own or you take enough in the diet,

you have plenty of choline for relaxing muscles, plenty of inositol

for muscle sugar, plenty of fatty acids for fuel to power the muscles,

neurotransmitters necessary for the brain to think properly and make

muscles work. Without it, we become weak intellectually and physically.

The cholinergic system cooperates with salt to make the bodyelectric

and filters out distracting noises and other stimuli. Without it,

we can’t think clearly: we’d be flooded with a million different

sources of stimulation. We wouldn’t be able to sleep either, and we

would be wakened by the noise of every creak and bump in the night.

At least one of civilization’s manufactured salts wrecks the

process. Sodium fluoride is a byproduct of aluminum ore extraction.

garbage into rivers because it can kill fish, but the EPA approves of

fluoride messes up the thinking process by interfering with acetylcholine

synthesis. Dr. Richard Murray has pointed out that only 1

acetylcholine synthesis 61%. When it comes to a related brain sugar

that assists acetycholine, the neurotransmitter, glutamine, 1 ppm of

of us who think we are trying to strengthen tooth enamel.

prevent this from happening. Avoidance of fluoridated water is a

good idea for other reasons, not the least of which is to avoid brittle

bones and hip fractures in old age. In Utah, where fluoridation went

into the water supply, bone fractures went up with the fluoride concentration

But that’s not the worst of it. During wartime, both the Germans

and Russians added sodium fluoride to the water of prisoners

of war. Were they interested in preventing tooth decay? According

to the documentation of the Australian Ian E. Stephen (1987), both

Germans and Russians used fluoridation because they had discovered

that it made their prisoners “stupid and docile” (Well Mind

that the originators of fluoridation in the United States were informed

about the Soviet uses of fluoride salts to induce sheeplike,

obedient, unthinking behavior, not only in prisoners, but in the general

This “human” experiment was not original. Apparently, the

obedience drug-like effect was borrowed from animal studies that

showed that breeders of intractable bulls had routinely used sodium

fluoride to successfully tranquilize bulls for easier handling. Since

the 1940s, the prison camps in the Gulag Archipelago in the Soviet

Union were experimental laboratories for discovering just how much

sodium fluoride was necessary for producing an easily managed,

Using Dr. Murray’s figures, it only takes a concentration of 1

part per million of fluoride to significantly impair acetylcholine synthesis

in the body. In Salem, Oregon, the water supply has .4 parts

per million, considerably under the 1-4 parts per million considered

But at 1-4 parts per million, declining Scholastic Apptitude Test

(SAT) scores, the stupidity of senators who can’t balance check

books or national budgets, and the tyranny of dullness that controls

our political and regulatory agencies’ thinking takes on an insidious

Acetylcholine is the brain chemical that allows clear thinking

and concentration. It allows us to sort out the important and distinguish

from the trivial. We are left to wonder how much of our

leadership is drinking tap water. If we care about ourselves, we

better turn off the tap.

to the U.S. water supply. If we can believe Mullins, U.S. bureaucrats

not only knew about the Soviet use of fluoride, but envied what

it did for controlling a population’s behavior 36 .

Medical data is for informational purposes only. You should always consult your family physician, or one of our referral physicians prior to treatment.

2. Reich, Carl, MD, The A & D megavitamin therapy of chronic

asthma & the prevention of the disease, Annual Meeting of the Society

Journal, March 31, 1973, summarized in The Encyclopedia of

6. Budwig, Johanna, MD, Excerpts from flax oil as a true aid against

to The Art of Getting Well, Rheumatoid Disease Foundation,

15. di Fabio, Anthony, The Herxheimer Effect, Supplement to The

16. di Fabio, Anthony, How to Spot & Handle Suppression in Medicine:

Identical Medical & Religious Patterns of Suppression in the

19. The Edgar Cayce Handbook for Health Through Drugless

30. Lee, Royal, Synthetic poisons are being sold as imitations of

31. Marzell, Laurie, ND, Information from an interview with her

32. Massey, Robert, PhD, You Are What You Breathe, The Negative

Society, information from personal correspondence in answer to a

34. Morgan, AF, The effect of imbalance in the ‘filtrate fraction’ of

42. The Papyrus Ebers, Oldest Medical Book in the World, trans. by

47. Walker, Morton, DPM, The Healing Powers of Garlic, A Life

Disease & Many Human Cancers, A New Concept in Medicine,

A Précis & Addenda, Including the Nature of Multiple Sclerosis, The 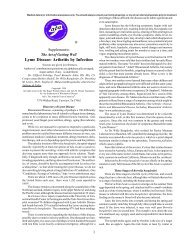 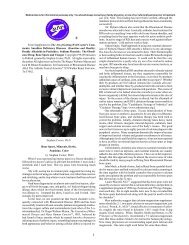 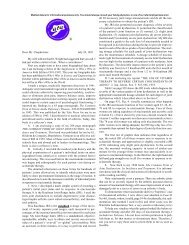 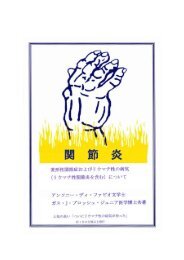 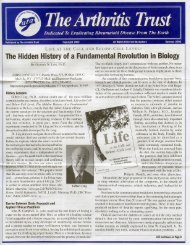 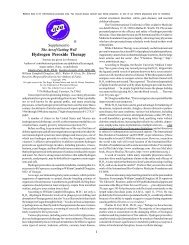 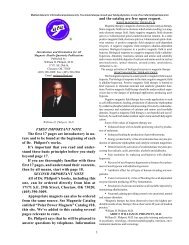 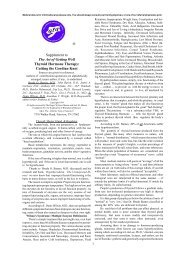 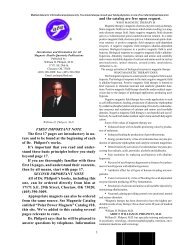 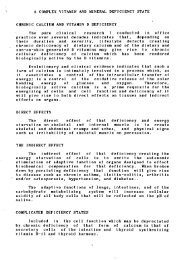 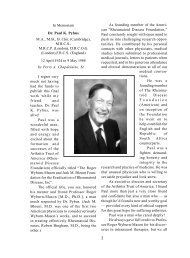 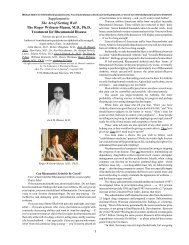 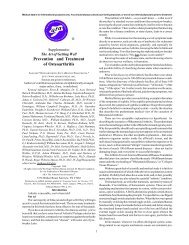 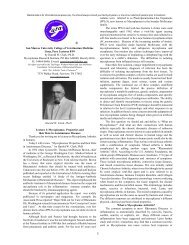 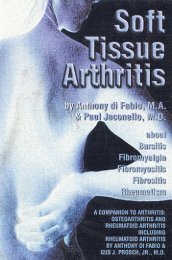 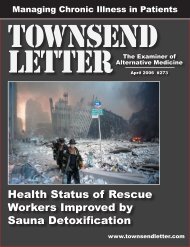 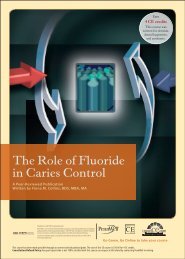 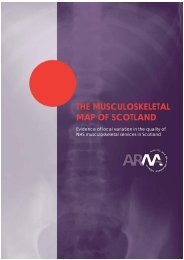 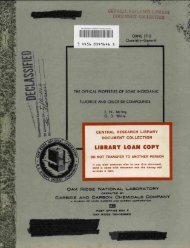 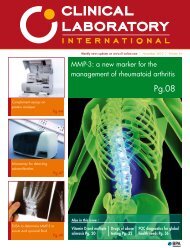 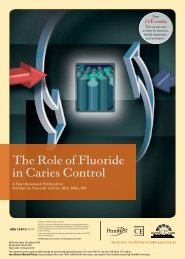 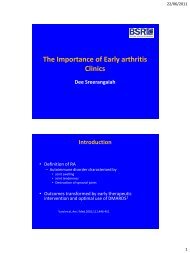 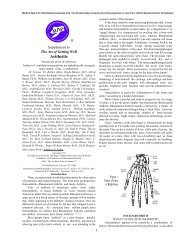 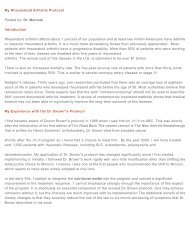 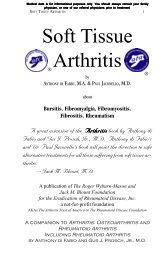 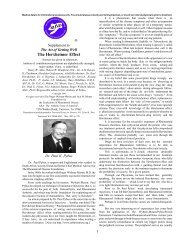 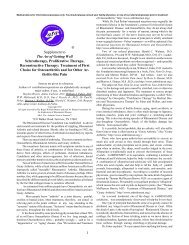