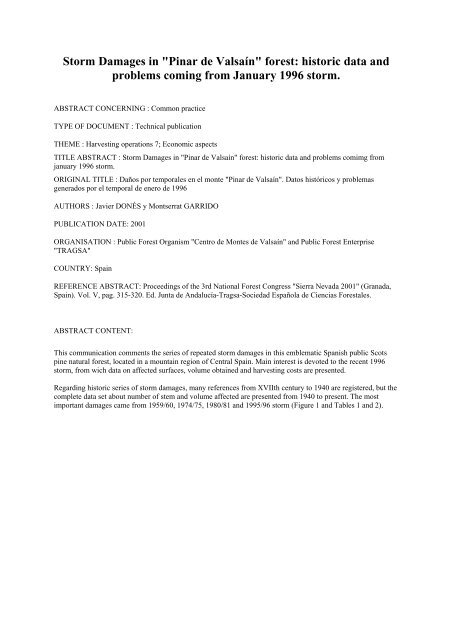 pine natural forest, located in a mountain region of Central Spain. Main interest is devoted to the recent 1996

Regarding historic series of storm damages, many references from XVIIth century to 1940 are registered, but the

complete data set about number of stem and volume affected are presented from 1940 to present. The most

TABLE Nº 1. VOLUME AND NUMBER OF EXTRACTED TREES (FROM THE 1966 STORM) EACH

TABLE Nº 2. PINES WITH DIAMETER LESS THAN 30 CM FROM DAMAGES CAUSED BY JANUARY

Damages were spread over 6600 ha, more than 80 per cent of forest total surface. Main difficulties were found in

winch skidders and forwarders. Besides, a big construction crane was employed to winch-skid timber in steep

The obtained timber was sawn in the public sawmill that exists besides the "Pinar de Valsaín" forest, except

almost 17000 tonnes of trees smaller than 30 cm that were sold at public auctions. An amount of some more than

Sanitary problems were not so great than expected. Piles were sprayed with synthetic pyretrines at landing

Young regeneration areas have been affected by Tomicus scolytus, but damages have not been very severe.

expected. Ips was treated using dead stems as tramps, which were treated afterwards.

necessary to avoid severe damages. Besides, the manager must planify the cuttings beginning from the opposite

side to the prevailing winds. 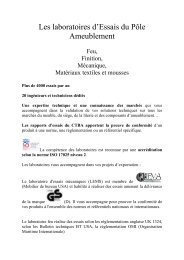 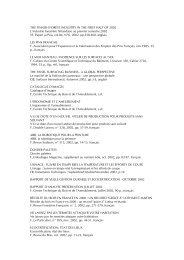 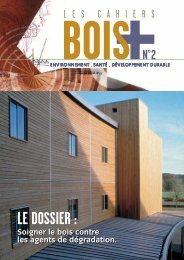 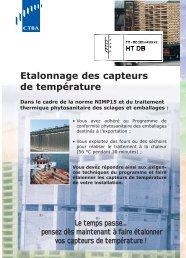 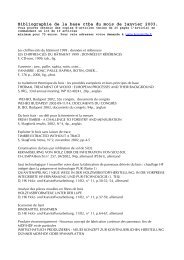 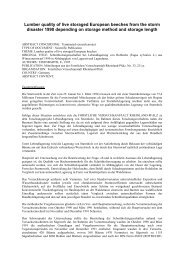 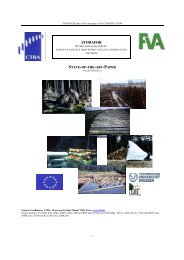 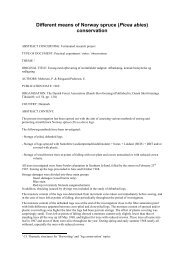 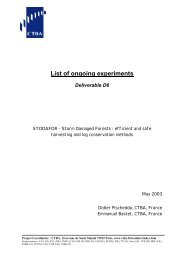 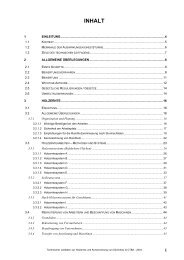 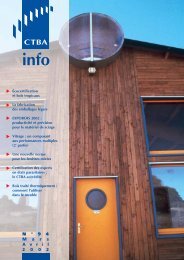 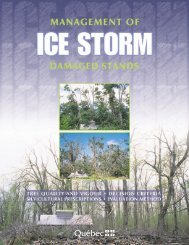