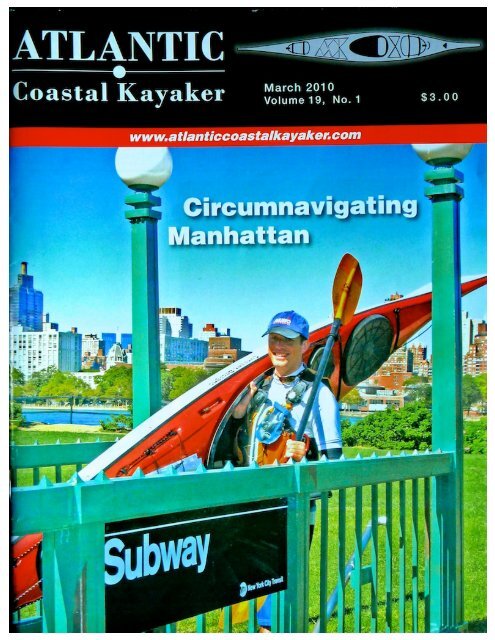 DON’T BE LATE FOR HELL GATE

Our lunch stop was surreal. We pulled our kayaks up on a small sandy beach --near what

looked like a butchered whale-- to wait for the area’s treacherous currents to slack. No,

this wasn’t Alaska or Greenland. We were in Queens looking across the East River at the

skyline of New York City, and the “whale” was a piece of art at an outdoor sculpture

We were enjoying what more and more sea kayakers have discovered: the urban

adventure of New York City’s waterways. Eleven of us combined our passions for

kayaking and our love of cities, along with a few hours of Internet searches and a handful

of conversations with paddlers who had done this before, to plan a one-day, 30-mile

What did we learn from previous urban paddlers? “The tides, the tides, please pay

attention to the tides.” “There is a reason they call it Hell Gate” and “Your hours in the

With our NYC Parks Department launch permits ($15 each!) and a detailed float plan

Downtown Boathouse on Pier 40, on the Hudson River at 8 am on Saturday, September

sailed into NY Harbor and spotted Manhattan. Then, the island had more than 66 miles of

streams. It was a wilderness of hickory, chestnut and oak trees, as well as salt marshes

and plains filled with beaver, elk and black bear. The Lenape Indians who lived here

called it “Mannahatta” for “island of many hills.”

The key to our success was prudent planning, strong communication, camaraderie and

humor. With his careful use of the Eldridge Tide and Pilot Book, our chief navigator,

Pete Rollins, plotted our counterclockwise journey around arriving at Hell Gate for slack

The first hour of our trip was the toughest. From Pier 40 around the Battery, a distance of

just over 2 miles, we bounced in confused water. With wind and water moving strongly

against each other, coupled with boat traffic (watch out for the Staten Island Ferry!) we

moved at about 2.5 mph. Paddling in the shadow of lower Manhattan’s towers, we were

miles to the southwest.

As soon as we hit the East River, with its magnificent Brooklyn Bridge, the current was

with us, and the waters calmed immediately. It was like stepping onto an escalator. We

moved quickly past the Brooklyn, Manhattan and Williamsburg Bridges, admiring these

engineering marvels of the late 19th and early 20th centuries. The Brooklyn Bridge

and the tallest structure in the Western Hemisphere. The Manhattan Bridge assumed the

title of world’s longest suspension bridge when it was completed 20 years later.

right, we safely navigated the East River. Our goal was to reach the small sand beach of

Hallet’s Cove - for a brief stop prior to entering Hell Gate at slack tide. Hallet’s Cove,

although quite small had everything we needed, a place to stretch, eat and rehydrate, a

nearby public restroom and, as an added attraction, the Socrates Sculpture Park. The

park, according the their website, "is the only site in the New York Metropolitan area

work in …an urban environment." Our favorite piece was a fake NYC subway

waterways: the East River, Long Island Sound, and the Hudson River (through the

Harlem River). If we had misjudged the timing, we could have faced rough water and

currents over 5 mph. However, crossing Hell Gate to the west of Mill Rock at slack tide,

with the exception of a couple of passing barges and tugs, proved uneventful, and we

bridges including the oldest (High) and the third oldest bridge in NYC (Macombs Dam).

These plus 5 on the East River and one on the Hudson, totaled 21 bridges that we passed

For the baseball fans in the group, we got unique views of both Yankee Stadiums in the

Bronx (the old and the new side-by-side), and Coogan’s Bluff in Manhattan, where the

NY Giants played for more than 40 years. Just before exiting the Harlem River we

As we began the final portion of our trip, the current that was pushing us north in the

Harlem River strengthened and shifted to the south as we joined with the Hudson.

Immediately upon entering the expansive Hudson River we stopped at Inwood Park,

having covered two-thirds of our trip. Although officially closed and littered with beach

glass, the small park was full of picnickers and fishermen and proved a welcome rest

Leaving Inwood Park, our eyes were fixed on the magnificent George Washington

Bridge. But as we approached we saw, directly under the bridge, the Little Red

Lighthouse and the Great Gray Bridge. Knowing we were on the home stretch, we

relaxed and enjoyed Manhattan’s stunning west side in the mellow afternoon light.

Notable sights along the Hudson included the Cloisters, Riverside Park, and the famous

at the Sea, Air and Space Museum.

miles and rested twice, at Hallet’s Cove for 43 minutes and at Inwood Park for 33

minutes. Although we were not racing, but rather enjoying the sights, with the help of the

currents our moving average was still 4.72 mph. The fastest leg was the final 10 miles

down the Hudson from Inwood Park where we averaged 6.65 mph with a top speed of

We weren’t the first or the fastest kayakers to paddle around Manhattan, but we may have

had the most fun of any group. What is clear is that interest in sea kayaking in New York

City is strong and growing. We saw another group from one of the city’s two kayak

companies also doing a circumnavigation, and not one but two kayak races were

scheduled the next day…one going in each direction. Also, while resting at Hallet’s

Cove, we were invited by a local to return next year when they hoped to have kayaks and

facilities available through a grant.

But the most impressive display of urban kayaking was at the Pier 40 Boathouse. When

we returned at 4:30pm the place was filled with people taking advantage of their free

kayak program. Dozens were waiting patiently on the dock for their turn in a boat while

many were paddling. Some were even receiving one-on-one instruction. It was an

amazing scene. The dock was so crowded that we had to wait 15 minutes to get our boats

out of the water, but it was worthwhile just watching people enjoying themselves.

Kayakers” who regularly challenge Hell Gate and the Devil’s Whirlpool.

Dave Manzo is the president of Cotting School, teaches an urban studies course at Boston

College and is an ACA instructor.

Jerry Wylie is an ecotourism consultant, ACA instructor trainer and owner of

his circumnavigation of Manhattan Island

low tides and the time and strength of the current along the East Coast.

The New York City Downton Boathouse on Pier 40 has lockers, a changing room,

bathrooms, and free kayaking every weekend from 9AM to 6PM. There is a large

Manhattan Kayak Company on Pier 66 offers a variety of classes and tours.

Our float plan is available in the library at www.ctcoastalkayaking.com

“Manhattan Sept 19B” of the “CTKayaker” ablum.

Lunch stop on the Queens River.

If we hadn’t turned the kayaks over on

the car they wouldn’t have fit into this

with its famous Little Red Lighthouse,

was the last of our 21 bridges.

of the Sea, Air and Space Museum on the

Hudson River, was the last major

attraction on our 30-mile trip.

The Brooklyn and Manhattan bridges and

team, the northern end of Manhattan

When we returned to our starting point at

40’s Boathouse was in full swing.

Sue inspecting an odd piece of art at the

The stately Brooklyn Bridge, once the

largest structure in the Western

Hemisphere, was the first and formost of

the 21 bridges we passed beneath.

McCurdy’s Stinky Eggs”, in a liquid

The Triborough Bridge is one of 12

along the 8-mile long Harlem River.

As we turned north into the East River,

the incoming tide swept us past a sundrenched

dominated by the Empire State Building. 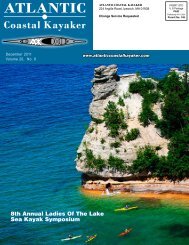 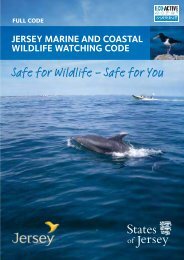 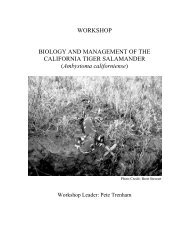 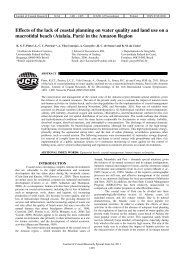