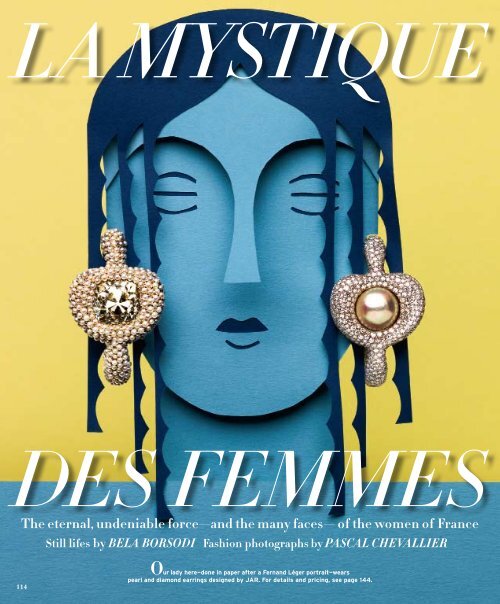 The eternal, undeniable force—and the many faces— of the women of France

pearl and diamond earrings designed by JAR. For details and pricing, see page 144.

STYLED BY MANE DUPLAN; HAIR BY KAKIE FOR MODSHAIRAGENCY.COM; MAKEUP

BY HUGO RAIA FOR ATELIER 68; PRODUCTION BY BLUE SAND/EMMANUELE CAUX

She may be a sixth-generation member of

take the 172-year-old retailer into the future.

She is currently overseeing the company’s newest

(and presently unnamed) venture, which will

this year. Despite her forward-thinking role,

Mussard’s most prized possession is also one of

Hermès’s most classic: “My agenda,” she

Photographed on the rooftop of the Hermès

Cartier put its roots down at 13 Rue de la Paix, Paris, back in 1899. This year marked the centennial of its arrival in America.

and a Trinity Centennial earring, ca. 2009, in rose, yellow, and white gold emblazoned, naturally, with stars.

“French women are always chic and discreet,” says the French-born model turned actress. Clearly. Despite a

closet full of couture (a black woven vintage Chanel jacket is her staple), Marnay’s most treasured piece is a small

diamond ring that belonged to her grandmother, with whom she grew up in the tiny town of Chartres.

At 103 years old, Van Cleef & Arpels merits its own chapter in the history of France. Part one might

discuss the clover-shaped Alhambra; part two might dissect the origins of the Mystery Set sapphire. For part

three we’d like to see an in-depth study of this yellow-gold and baroque pearl necklace, ca. 1970.

OPPOSITE PAGE: STYLED BY MANE DUPLAN; HAIR BY RAYNALD FOR MODSHAIRAGENCY.COM; MAKEUP BY

“Style is a combination of class and attitude,” says Catroux, the longtime confidante

and model-muse to the late Yves Saint Laurent. “Charlotte Gainsbourg has it; there’s no one else

like that.” Catroux herself is a fashion original, starting with the title’s main requirement—

YSL glasses, black pants (denim or leather), a men’s vest, and a leather jacket. For evening,

it’s one of her 20 YSL Le Smoking tuxedo jackets paired with black pants. “I don’t follow

fashion,” Catroux says. “My entire life, YSL is all I’ve ever needed.”

Photographed under the Pont de Bir-Hakeim over the Seine, wearing her own

Sterlé, one of the unsung heroes of French jewelry, opened a Paris salon

in 1934, creating pieces for giants like Chaumet and Boucheron.

The ca. 1950 citrine and diamond bracelet, worn here as a necklace,

showcases the gold-rope work he was known for. OPPOSITE PAGE: STYLED BY MANE DUPLAN; HAIR BY HUGO RAIA; MAKEUP BY KAKIE; PRODUCTION BY BLUE SAND/EMMANUELE CAUX

Her father, the late Jean-Pierre Cassel, was a sort of French Fred Astaire who appeared in The Happy Road with Gene Kelly. Her

half-brother is Vincent Cassel, an actor and the husband of Monica Bellucci. At the tender age of 18, Cécile Cassel, now 26, decided to join

the family business and made her debut as a shy teenager in the sixties-inspired La Bande du Drugstore. American audiences may

recognize her as Mikhail Baryshnikov’s snobby daughter in the second-to-last episode of Sex and the City. Cassel is up next in the British

film My Last Five Girlfriends, the talk of this year’s TriBeCa Film Festival. But the verging starlet can still be spotted at the quiet,

nondescript, organic Rose Bakery in the Marais. “When it’s a wrap,” Cassel says, “I go home, there are no spotlights.”

recently revived and refreshed. Here, the Mauboussin Festival necklace in the house’s signature

What becomes a grande dame most?

Orson Welles once referred to Moreau as

“the greatest actress in the world.”

she’s acted in, written, and directed

more than 130 films and plays. Moreau,

a self-described “woman with absolutely

no sense of nostalgia,” continues to

dazzle us time and time again.

Photographed at the restaurant at

Le Meurice, wearing her own Chanel 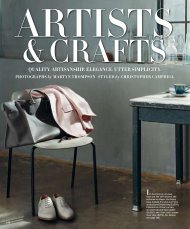 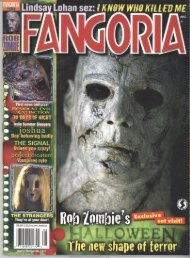 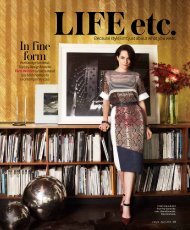 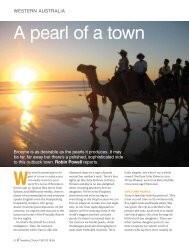 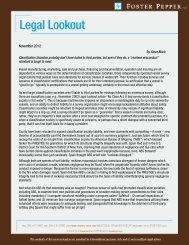 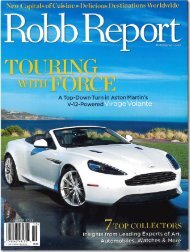 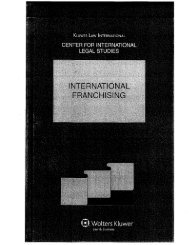 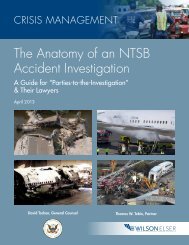 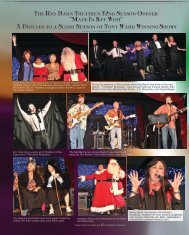 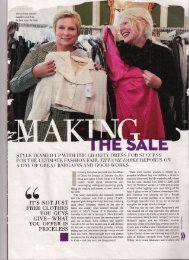 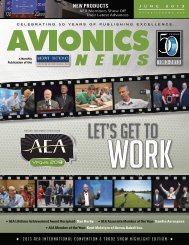 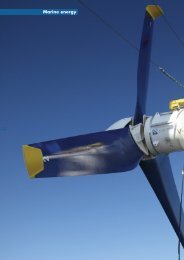 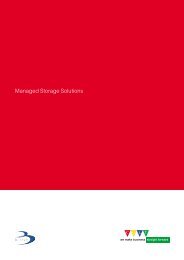 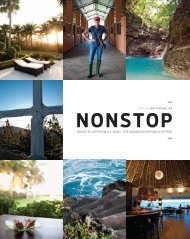 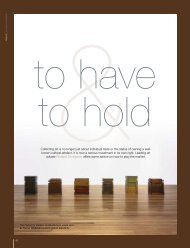 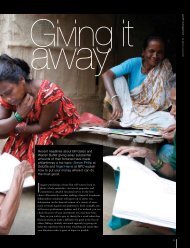 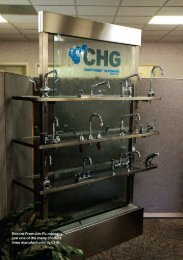 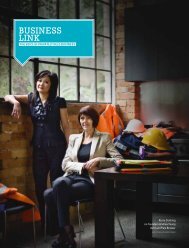 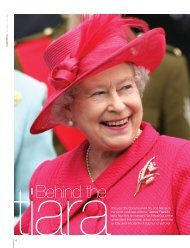 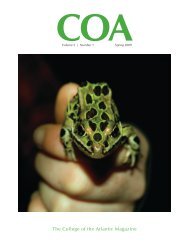 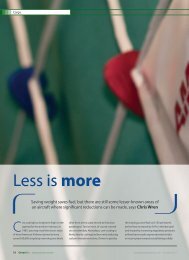 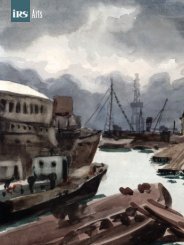 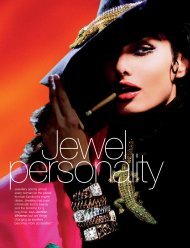 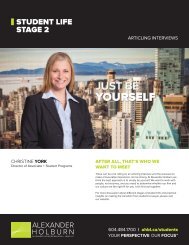