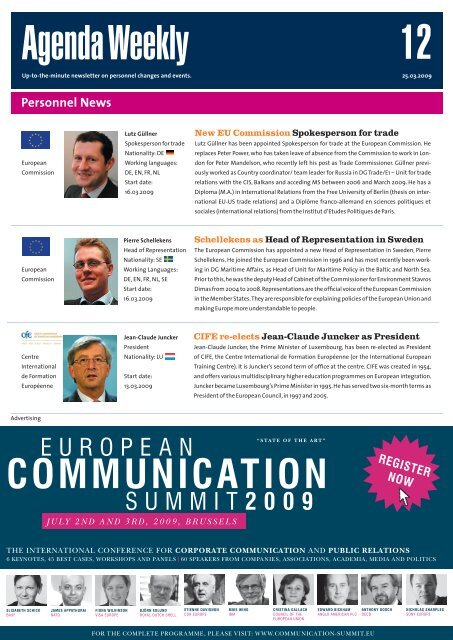 Lutz Güllner has been appointed Spokesperson for trade at the European Commission. He

replaces Peter Power, who has taken leave of absence from the Commission to work in Lon-

relations with the CIS, Balkans and acceding MS between 2006 and March 2009. He has a

Diploma (M.A.) in International Relations from the Free University of Berlin (thesis on inter-

Schellekens as Head of Representation in Sweden

The European Commission has appointed a new Head of Representation in Sweden, Pierre

Schellekens. He joined the European Commission in 1996 and has most recently been work-

ing in DG Maritime Affairs, as Head of Unit for Maritime Policy in the Baltic and North Sea.

Prior to this, he was the deputy Head of Cabinet of the Commissioner for Environment Stavros

Dimas from 2004 to 2008. Representations are the official voice of the European Commission

in the Member States. They are responsible for explaining policies of the European Union and

Jean-Claude Juncker, the Prime Minister of Luxembourg, has been re-elected as President

Training Centre). It is Juncker’s second term of office at the centre. CIFE was created in 1954,

Juncker became Luxembourg’s Prime Minister in 1995. He has served two six-month terms as

agement Committee during its Annual General Meeting in Brussels. José Lalloum has been

re-elected as EPACA Chairman, a position he first took up in 2007. Lalloum is founder and

specialist, he has been active in Brussels since 1991, working as a consultant and director in

leading Public Affairs consultancies, and as Secretary General of a European Federation.

Bridget Cosgrave has been appointed Director General of DIGITALEUROPE, the principle ad-

vocacy group of the European digital economy. She takes over from Mark MacGann, who is

now leading EU affairs at Weber Shandwick in Brussels. Cosgrave has built her career in the

ICT, financial services and industrial sectors. She was a member of the Executive Committee

of Belgacom Group for six years, during which she was founder President, CEO and Chairman

and Executive Vice President of the Enterprise division. She also served on the boards of Bel-

Counsellor for Cefic (the European Chemical Industry Council), working in the corporate com-

munications department. She has a background as a journalist, specialised in corporate com-

Events: highlights of the week ahead

The Brussels Tax Forum is an annual conference

stakeholders and the general public from all

over the world to discuss tax issues of particu-

Tax Forum is hosted by László Kovács, the EU

Commissioner responsible for Taxation and

Culture and creativity as

This Colloquium, open to a large public, intends

to gather 500 cultural and development pro-

fessionals, as well as policy-makers, from ACP

and EU countries. The event aims at creating a

platform for debates, analysis and exchanges

of views, in order to identify new solutions that

tions in the fields of culture and development

The Centre for European Studies, the Constan-

tinos Karamanlis Institute for Democracy and

the Hanns-Seidel-Stiftung are organising this

conference to discuss a strategy for a EU-Rus-

The Centre hosts a pre-election debate be-

and Daniel Cohn-Bendit, Co-President of the

Greens-European Free Alliance Group in the

‘EuropeEcologie’ in the Ile de France region for

The EU Response to the

ducting this conference to discuss the Euro-

President of the European Investment Bank,

will contribute to the conference.

Can eHealth ease the

What contribution can eHealth and associ-

agnosis, treatment and monitoring at home,

make to cutting the costs of the chronically

ill, who already account for four fifths of Eu-

rope’s spending on healthcare? And what role

can and should the EU play in fostering the

The Global Progressive Forum brings together

tives of international organizations to elaborate

ways of tackling the outcomes of globalisation

while engaging in a new vision of a globalised

world from which we can all benefit. This year,

Bill Clinton (right) will be among the guests.

The European Foundation for Democracy (EFD)

is now planning to expand and strengthen its

team with an Associate Director. This is a senior

management position reporting directly to the

Executive Director. We offer the opportunity to

work in a challenging and rewarding environ-

ment in which ideas can be transformed into

The EIPA is seeking a researcher/lecturer. Main

responsibilities will be related to the manage-

ment of projects in general and the mainte-

nance of close and constant liaison between

the Centre and the Luxembourg Foreign Min-

istry with respect to Technical Assistance

Cooperation projects in candidate and as-

der various Conventions with the Ministry.

vidual to oversee the launch of its new capacity

will coordinate the training and professional

sionals, with a particular emphasis on emerging

Imperial Tobacco Group PLC is a FTSE 25 company with a turnover in excess of £20bn. With

40,000 employees and a portfolio of some of the world’s best known tobacco products sold in

pany in the world. Our Group Regulatory Department represents the company in this fast-paced

We’re looking for two proud ambassadors of the brand to work in the EU and internationally.

legislation, immersing yourself in the tobacco industry to keep our business at the forefront of

will be essential as you educate managers at a regional level. Bringing a firm head and resilient

approach as you move in political circles; a working knowledge of global regulations, and regional

and national institutions would be ideal. An able presenter with strong leadership qualities, your

networking skills will be first-class. Fluency in German or French would be an advantage.

In return for your ambition and enthusiasm, you’ll enjoy great opportunities to develop as you

relish the chance to embrace and implement change at a very senior, influential level. For both

roles you’ll need to be flexible enough to travel wherever the business takes you.

World Vision International is looking for a Di-

rector for its Brussels office to provide stra-

tegic leadership, and optimise influence and

resources in World Vision’s relationship with

the European Commission, parliament and

sionals in Brussels and Europe – place an advert

here! Just click on the link below for the relevant 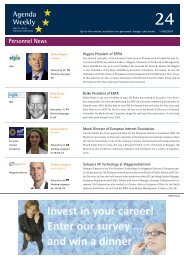 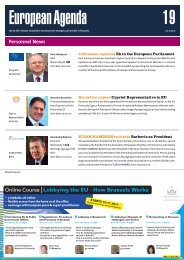 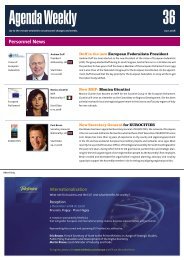 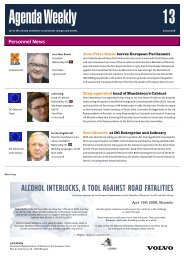 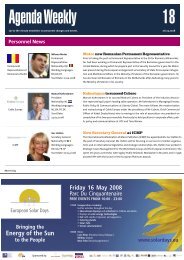 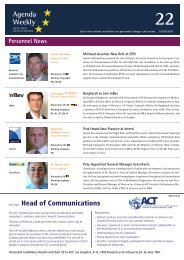 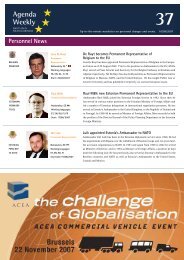 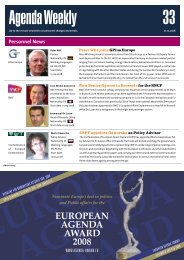 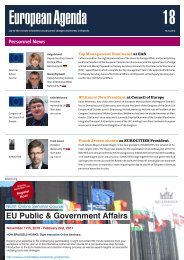 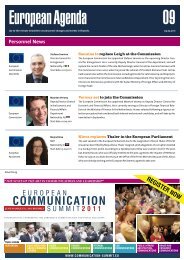 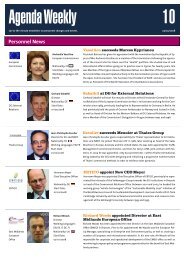 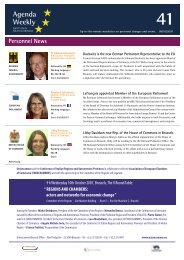 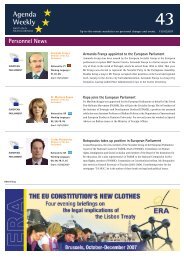 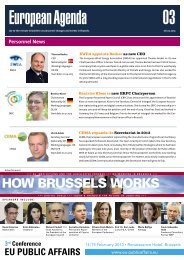 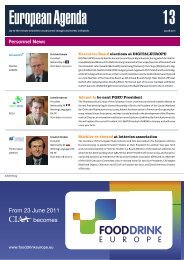