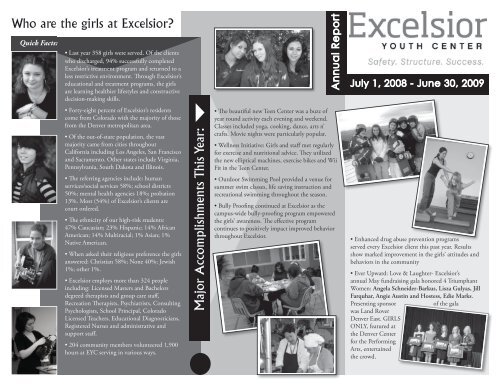 Who are the girls at Excelsior? - Excelsior Youth Center

Who are the girls at Excelsior? - Excelsior Youth Center

Who are the girls at Excelsior?

• Last year 358 girls were served. Of the clients

Excelsior’s treatment program and returned to a

educational and treatment programs, the girls

are learning healthier lifestyles and constructive

come from Colorado with the majority of those

from the Denver metropolitan area.

• Of the out-of-state population, the vast

majority came from cities throughout

and Sacramento. Other states include Virginia,

• The referring agencies include: human

• The ethnicity of our high-risk students:

• When asked their religious preference the girls

Registered Nurses and administrative and

• The beautiful new Teen Center was a buzz of

year round activity each evening and weekend.

for exercise and nutritional advice. They utilized

Fit in the Teen Center.

recreational swimming throughout the season.

• Bully Proofing continued at Excelsior as the

the girls’ awareness. The effective program

served every Excelsior client this past year. Results

show marked improvement in the girls’ attitudes and

behaviors in the community

Presenting sponsor of the gala

What brought them to Excelsior?

Most of the clients came from a detention facility (24%), a psychiatric hospital (19%)

or another residential treatment center (11%). Other living conditions included group

and foster homes, shelters and 23% of them came from living with their families.

• Their backgrounds may include 28 different issues though the highest ranking

of sexual abuse 50% and victims of physical abuse 47%. Fifty-four percent of the girls

had a history of drug abuse. The clinical personality diagnoses includes 62% conduct

• The girls received treatment and education at Excelsior for an average of 12.5 months

• After the average 12.5-month stay at Excelsior, 94% of the girls discharged to a less

Where did they go?

• Returning to their families represented

the vast majority at 40%. Moving to a

group home or foster home were 26% and

transitioning to emancipation was 6% of

for those students who remained

is mandatory resulting in a marked

former Excelsior students from around the

Excelsior Youth Center to further their

academic success. One student received the

Daniels Fund Opportunity Scholarship II, which is designated for students

from Excelsior Youth Center who attend the Community College of Aurora.

Other scholarships include the Tori B. Schmitt Scholarship, William Gregory

A full audit is available upon request.

Note: The above figures include the combined net assets of 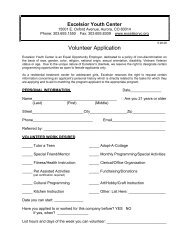 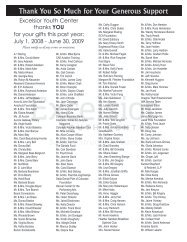 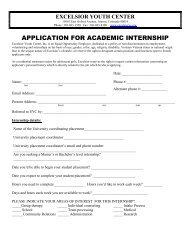 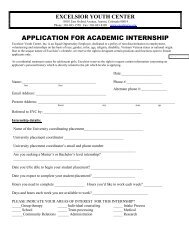 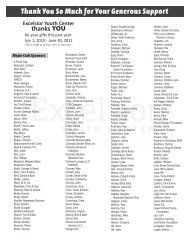 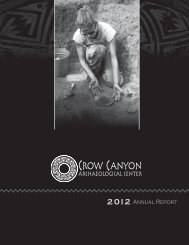 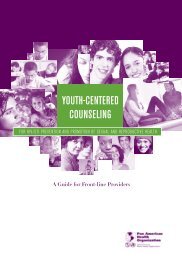 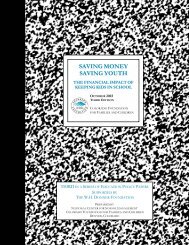 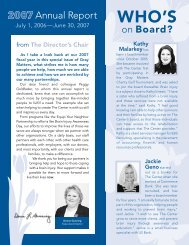 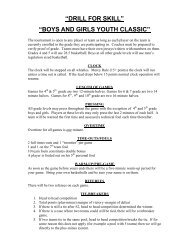 Magazine: Who are the girls at Excelsior? - Excelsior Youth Center