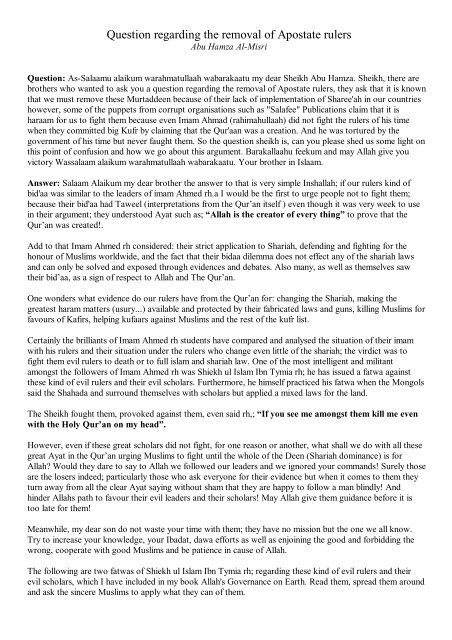 Question regarding the removal of Apostate rulers - Hoor al-Ayn

Question regarding the removal of Apostate rulers - Hoor al-Ayn

Question regarding the removal of Apostate rulers

brothers who wanted to ask you a question regarding the removal of Apostate rulers, they ask that it is known

however, some of the puppets from corrupt organisations such as "Salafee" Publications claim that it is

when they committed big Kufr by claiming that the Qur'aan was a creation. And he was tortured by the

government of his time but never faught them. So the question sheikh is, can you please shed us some light on

this point of confusion and how we go about this argument. Barakallaahu feekum and may Allah give you

Answer: Salaam Alaikum my dear brother the answer to that is very simple Inshallah; if our rulers kind of

bid'aa was similar to the leaders of imam Ahmed rh.a I would be the first to urge people not to fight them;

in their argument; they understood Ayat such as; “Allah is the creator of every thing” to prove that the

Add to that Imam Ahmed rh considered: their strict application to Shariah, defending and fighting for the

honour of Muslims worldwide, and the fact that their bidaa dilemma does not effect any of the shariah laws

and can only be solved and exposed through evidences and debates. Also many, as well as themselves saw

their bid’aa, as a sign of respect to Allah and The Qur’an.

One wonders what evidence do our rulers have from the Qur’an for: changing the Shariah, making the

greatest haram matters (usury...) available and protected by their fabricated laws and guns, killing Muslims for

favours of Kafirs, helping kufaars against Muslims and the rest of the kufr list.

with his rulers and their situation under the rulers who change even little of the shariah; the virdict was to

fight them evil rulers to death or to full islam and shariah law. One of the most intelligent and militant

amongst the followers of Imam Ahmed rh was Shiekh ul Islam Ibn Tymia rh; he has issued a fatwa against

these kind of evil rulers and their evil scholars. Furthermore, he himself practiced his fatwa when the Mongols

said the Shahada and surround themselves with scholars but applied a mixed laws for the land.

The Sheikh fought them, provoked against them, even said rh,; “If you see me amongst them kill me even

with the Holy Qur’an on my head”.

However, even if these great scholars did not fight, for one reason or another, what shall we do with all these

Allah? Would they dare to say to Allah we followed our leaders and we ignored your commands! Surely those

are the losers indeed; particularly those who ask everyone for their evidence but when it comes to them they

turn away from all the clear Ayat saying without sham that they are happy to follow a man blindly! And

hinder Allahs path to favour their evil leaders and their scholars! May Allah give them guidance before it is

too late for them!

Meanwhile, my dear son do not waste your time with them; they have no mission but the one we all know.

Try to increase your knowledge, your Ibadat, dawa efforts as well as enjoining the good and forbidding the

wrong, cooperate with good Muslims and be patience in cause of Allah.

The following are two fatwas of Shiekh ul Islam Ibn Tymia rh; regarding these kind of evil rulers and their

evil scholars, which I have included in my book Allah's Governance on Earth. Read them, spread them around

and ask the sincere Muslims to apply what they can of them.

We give below an important fatwa (religious verdict) by Shaikhul Islam, Ahmad ibn taimiyyah (may Allah

have mercy on him), who was the mentor of Muslim jurists not only of his time but also of those who came

later on. In his Al-Fatawa Al- Misriya, volume 4, in the chapter on Al-Jihad, he observed:

(handed down from generations to generations of Muslims without any interruption), then it is incumbent to

fight against such a group according to the consensus of Muslim imams (Ijma), even though they recite the

two testimonies. So if they recite the two shahadas (testimonies) but abstain from observing five daily prayers

they must be fought against until they offer prayers, and if they abstain from paying zakzah, it is incumbent

upon All Muslims to fight them until they start paying zakah. Similarly, if they abstain from the fasting of

gambling or drinking and other things forbidden by the Islamic Shariah; or if they refuse to enforce the laws

of The Qur’an and sunnah pertaining to life, property, honour, management of affairs and other such things;

or if they refrain from enjoining good, forbidding evil, and fighting the disbelievers until they embrace Islam

Likewise, if they introduce innovations in religion contrary to the teachings of the Qur'an and sunnah, and the

practice of the righteous ancestors and imams of the community by, for instake, blaspheming the names,

Muslim community behaved in the days of the rightly guided Caliphs, or slandering theforemost from among

the emigrants (muhajirin) and the helpers (ansar) and those who followed in their footsteps faithfully; or if

they fight the Muslims in order to force them to submit to them, abandoning the Islamic Shariah, and all other

And fight them until there is no more persecution and all religion is for Allah only (Al-Anfal:39).

Thus in all such cases when religion is partly for Allah and partly for others, it is incumbent upon Muslims to

fight until all religion is for Allah alone.” 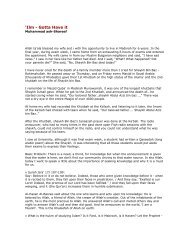 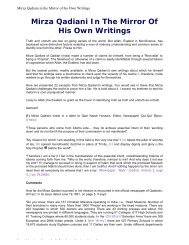 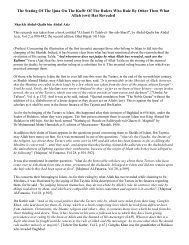 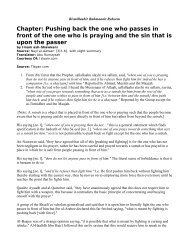 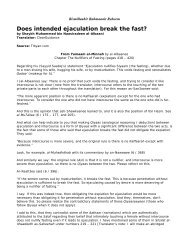 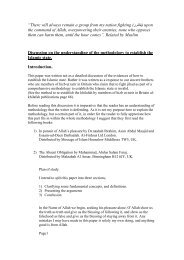 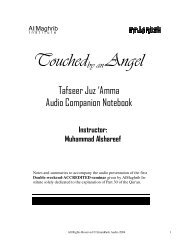 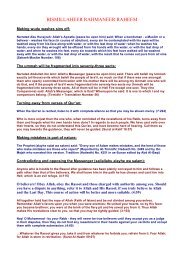 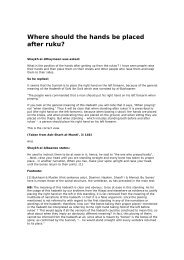 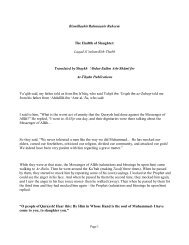 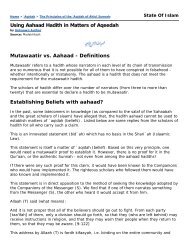 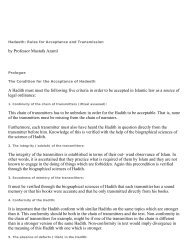 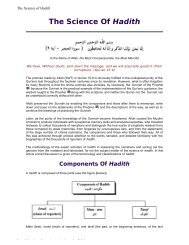 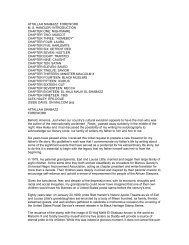 Magazine: Question regarding the removal of Apostate rulers - Hoor al-Ayn