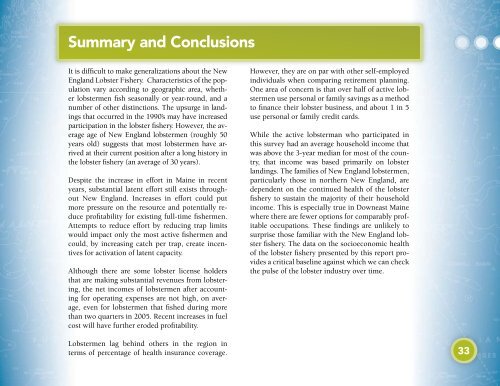 It is difficult to make generalizations about the New

vary according to geographic area, whether

lobstermen fish seasonally or year-round, and a

number of other distinctions. The upsurge in landings

that occurred in the 1990’s may have increased

participation in the lobster fishery. However, the average

years old) suggests that most lobstermen have arrived

at their current position after a long history in

the lobster fishery (an average of 30 years).

Despite the increase in effort in Maine in recent

more pressure on the resource and potentially reduce

would impact only the most active fishermen and

could, by increasing catch per trap, create incentives

for activation of latent capacity.

Although there are some lobster license holders

that are making substantial revenues from lobstering,

the net incomes of lobstermen after accounting

for operating expenses are not high, on average,

even for lobstermen that fished during more

than two quarters in 2005. Recent increases in fuel

cost will have further eroded profitability.

However, they are on par with other self-employed

One area of concern is that over half of active lobstermen

use personal or family savings as a method

to finance their lobster business, and about 1 in 5

use personal or family credit cards.

While the active lobsterman who participated in

this survey had an average household income that

was above the 3-year median for most of the country,

that income was based primarily on lobster

particularly those in northern New England, are

dependent on the continued health of the lobster

fishery to sustain the majority of their household

income. This is especially true in Downeast Maine

where there are fewer options for comparably profitable

occupations. These findings are unlikely to

surprise those familiar with the New England lobster

fishery. The data on the socioeconomic health

of the lobster fishery presented by this report provides

a critical baseline against which we can check

the pulse of the lobster industry over time.

Lobstermen lag behind others in the region in 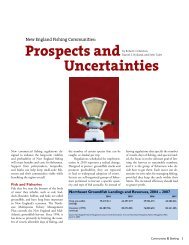 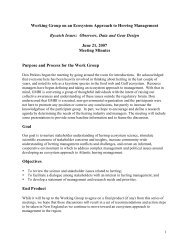 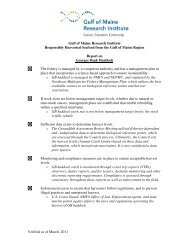 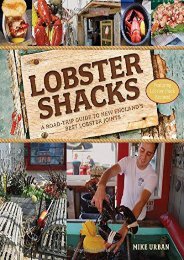 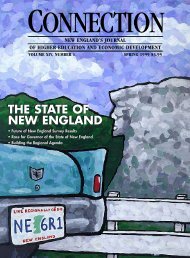 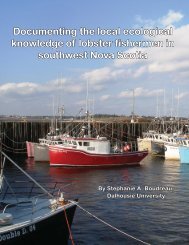 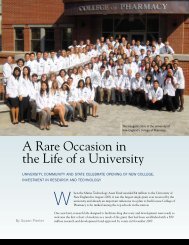 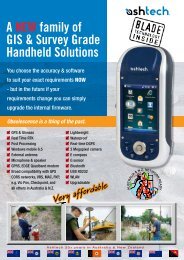 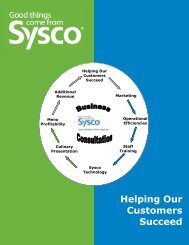