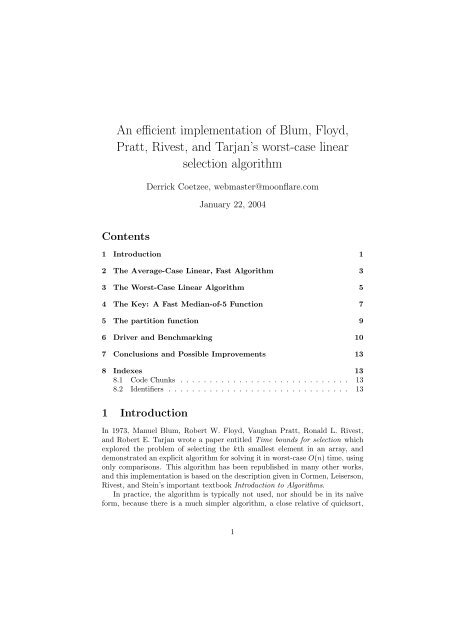 An efficient implementation of Blum, Floyd,

and Robert E. Tarjan wrote a paper entitled Time bounds for selection which

explored the problem of selecting the kth smallest element in an array, and

demonstrated an explicit algorithm for solving it in worst-case O(n) time, using

only comparisons. This algorithm has been republished in many other works,

and this implementation is based on the description given in Cormen, Leiserson,

In practice, the algorithm is typically not used, nor should be in its naïve

form, because there is a much simpler algorithm, a close relative of quicksort,

which solves the algorithm in very fast average-case time, although, like quicksort,

it can potentially take a very long time. This algorithm is also demonstrated

here, for comparison. I have made several small improvements to the

worst-case linear algorithm, however, that close the gap.

This code is written in C++, but in a procedural fashion; it is essentially C

with some sugar on top. The source file in outline is:

Let’s recall the algorithm for quicksort:

Here, partition is a function that finds the final sorted position of a[i],

and moves all elements less than a[i] to indexes below this position, and all

elements greater than or equal to a[i] to indexes above this position. It does

this in linear time, and it returns the new index of the pivot. As long as each

partition has some significant proportion of the elements in it, the two recursive

Now let’s look at selectRandom. Instead of returning the position of the

kth smallest element, this function permutes the array to move it into position

Like a typical randomized quicksort, we perform a partition around a randomly

chosen pivot element. However, instead of recursing on both partitions, we

already know which one will contain the kth smallest element, because only the

pivotIdx smallest elements are found below the pivot after the partition, and

If k = pivotIdx, then we are done, since, as noted above, partition places

the pivot into its correct sorted position. Like most functions in this program,

the function is templated over the type of the elements in the array.

As in quicksort, this algorithm becomes needlessly inefficient for the subproblems

involving very small lists, and so we simply use insertion sort for such

cases, moving the kth smallest element to position k for all k:

Despite its speed, if the random number generator collaborates with the program

generating the array in some mystical event, the above algorithm can

become quadratic. For example, it might always choose the smallest value as

a pivot. The algorithm described in this section is provably worst-case linear,

but generally at least twice as slow in practice. Like selectRandom, select

permutes the array to place the kth largest value in a[k].

From just the above, the function is nearly identical to selectRandom. The

difference here is, instead of relying on fate, we seek to find a good pivot,

a[MOMIdx], which will always make each partition at least 3/10 the size of the

array. To do this, we first divide the array up into small groups of 5 elements

each. We then use the median5 function to find the median for each, and we

move these medians into a block of values at the beginning of the array:

locality of reference. Having done this, we use select itself to identify the

median of these median-of-5’s, and this will be our pivot.

To show that it is in fact a good pivot, note that there if there are n elements

are less than the median of them. Moreover, for every one of these elements,

our original array contains 2 elements less than it, and so in total there are at

To verify that the runtime is linear, we can write a recursion relation for the

4 The Key: A Fast Median-of-5 Function

If we profile the program, we quickly discover that the function which locates

the median of 5 values is the bottleneck, called a huge number of times and

taking about half the execution time. Ideally, this function would be written

in clever assembly to avoid any unneccessary memory operations and exploit

special instructions. To preserve portability, however, I merely wrote it in a

First, we load the five values into five local variables, which allows the compiler

to put most of them in registers:

Next, we literally perform insertion sort on the five registers, swapping register

values until a0 through a4 are in order. Because the memory is barely touched,

Although we now have the median value, we still need the median index. Although

we could have watched the median index throughout the computation,

and slowdown. Instead, we simply compare the median value to each of the original

This algorithm runs very quickly in practice. On my 3.3GhZ Pentium 4 machine

with profiling enabled, each call takes about half a microsecond.

The partition algorithm is the same one used in quicksort, essentially as described

in Introduction to Algorithms. It takes the most time second only to

median5, about 33% of the run-time, and for the simpler algorithm takes nearly

all of its time.

Partition functions by positioning two pointers at the beginning of the array,

array, finding all values less than the pivot value, and swapping them into the

initial segment of the array. The store pointer keeps track of where the next

partition, used in chunks 3 and 5.

It should be easy to convince yourself that when this process is complete, only

values less than the pivot precede it, and only greater than or equal values follow

I performed timings of both algorithms, as well as compared them to the more

obvious approach of sorting and then indexing the desired element. The driver

code in outline is:

rand(). It always seeds with a constant seed before beginning so that all three

The program takes a single argument, the size of the array to test. It times and

stores the result of each of the three methods, resetting the array to the same

At the end, we make sure the methods give consistent results, and print the

timings in milliseconds for comparison:

Despite the optimizations, the simpler algorithm typically ran at least twice as

quickly as the more sophisticated one with the better worst-case bound. I would

advise that the simpler one be used in applications.

Hybrid ideas are possible. We do a lot of work, including a number of

recursive calls, to obtain the pivot in select, but this may be excessive. We

element. This destroys worst-case linear time, but is more likely to be linear

than the simpler algorithm, and is faster. 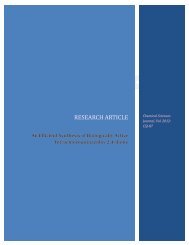 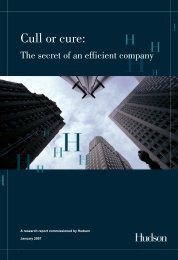