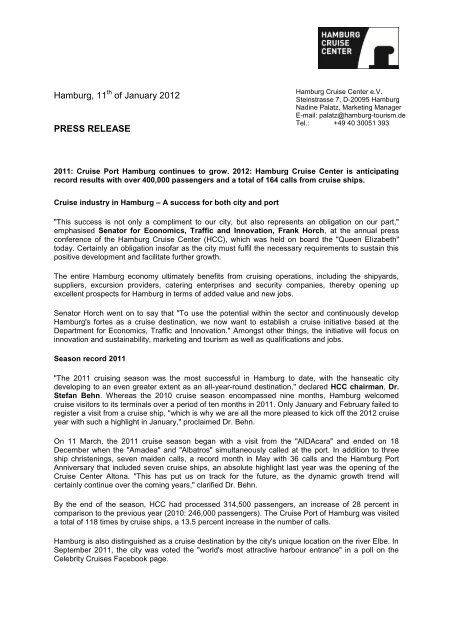 record results with over 400,000 passengers and a total of 164 calls from cruise ships.

Cruise industry in Hamburg – A success for both city and port

"This success is not only a compliment to our city, but also represents an obligation on our part,"

emphasised Senator for Economics, Traffic and Innovation, Frank Horch, at the annual press

conference of the Hamburg Cruise Center (HCC), which was held on board the "Queen Elizabeth"

today. Certainly an obligation insofar as the city must fulfil the necessary requirements to sustain this

The entire Hamburg economy ultimately benefits from cruising operations, including the shipyards,

excellent prospects for Hamburg in terms of added value and new jobs.

Hamburg's fortes as a cruise destination, we now want to establish a cruise initiative based at the

Department for Economics, Traffic and Innovation." Amongst other things, the initiative will focus on

innovation and sustainability, marketing and tourism as well as qualifications and jobs.

"The 2011 cruising season was the most successful in Hamburg to date, with the hanseatic city

developing to an even greater extent as an all-year-round destination," declared HCC chairman, Dr.

cruise visitors to its terminals over a period of ten months in 2011. Only January and February failed to

register a visit from a cruise ship, "which is why we are all the more pleased to kick off the 2012 cruise

year with such a highlight in January," proclaimed Dr. Behn.

December when the "Amadea" and "Albatros" simultaneously called at the port. In addition to three

ship christenings, seven maiden calls, a record month in May with 36 calls and the Hamburg Port

Anniversary that included seven cruise ships, an absolute highlight last year was the opening of the

Cruise Center Altona. "This has put us on track for the future, as the dynamic growth trend will

By the end of the season, HCC had processed 314,500 passengers, an increase of 28 percent in

comparison to the previous year (2010: 246,000 passengers). The Cruise Port of Hamburg was visited

a total of 118 times by cruise ships, a 13.5 percent increase in the number of calls.

Hamburg is also distinguished as a cruise destination by the city's unique location on the river Elbe. In

September 2011, the city was voted the "world's most attractive harbour entrance" in a poll on the

Hamburg has proved itself in the past as a homeport for cruises. A total of 87.5 percent of turnaround

passengers started and/or ended their cruise in Hamburg. AIDA Cruises alone stationed three of its

ships ("AIDAcara", "AIDAluna" and "AIDAblu") in Hamburg for the 2011 season, all of which set sail

from the city on a regular basis. "2011 also saw us host a Costa Cruises ship for the first time,"

the Port of Hamburg eleven times in total, with a turnaround of passengers and a transit call being

carried out on each occasion. As such, the number of transit visitors rose considerably in 2011 to more

A significant change in percentage figures regarding passenger origins was also evident. While 91

percent of passengers came from Germany in 2010, this figure decreased to 73 percent in the 2011

range of nationalities also sailed on board the "Costa Magica", including Italian (5.7 percent), French

(3.6 percent) and Spanish (2 percent) passengers. The USA and Austria both provided 1.8 percent of

the passenger total, followed by the Netherlands, which accounted for 1.5 percent.

Located at the heart of Europe, the Cruise Port of Hamburg is an ideal departure point for cruises. In

terms of route distribution, the following percentages were recorded for 2011: 40 percent of departures

headed for Norway (Oslo and Bergen regions), 21 percent of the routes led down the Atlantic along

Europe's west coast, 13.5 percent went through the Baltic, 12 percent to England, Scotland and

exhibitions; Hamburg is truly a significant platform for the cruise industry, a major reason why the

in the previous years is also certain to continue. "We are expecting 164 cruise calls during the 2012

season (150 turnarounds and 14 transit calls), an increase of 39 percent against last year's figure,"

stressed Dr. Behn. Hamburg is primarily a turnaround port and this will be expanded in the coming

years. In 2012, AIDA Cruises will call Hamburg 48 times and, for the first time, the port will also play

host to the Italian shipping company MSC Cruises, which will be offering 25 voyages to and from

Hamburg on the "MSC Lirica". Costa Cruises is also increasing its cruise offer at Hamburg and will

four with "Costa Pacifica"), complemented by two visits from the "Costa neoRomantica". As in the

previous season, Costa Cruises will be performing partial turnarounds*, in turn resulting in a further

increase in the number of transit visitors. (* partial turnaround: both passenger exchange and transit call).

Hamburg is marked by its broad customer portfolio, which underlines the appeal and diversity of the

location for passengers. Overall, 25 shipping companies have already registered 38 cruise ships in the

Optimal conditions for the future

In a global comparison, the German cruise market is currently growing at the fastest rate, with the

number of cruise passengers totalling around 1.21 million in 2010. Experts forecast that the figure will

reach two million as early as 2015. German cruise ports are benefiting from the present framework

conditions and anticipated growth on the German market, with the current market penetration of just

1.5 offering a great deal of potential for the future (Great Britain stands at 2.6). "Hamburg is optimally

people living within a four-hour drive or three to four hour train ride, or as Mr. Drossel confidently put it,

"a lot of potential cruise passengers."

Mr. Drossel went on to say that the HCC is looking optimistically to the future, no wonder with 100

registrations having already been submitted for the 2013 season. He also stated that "it is only a

matter of time before the first cruise ship is based in Hamburg for the entire year." Furthermore, the

first berths have already been reserved for the fourth staging of the Hamburg Cruise Days in 2014,

which will take place from 1 to 3 August.

In order to fully exploit this potential, the Hamburg Chamber of Commerce, the Tourism Association of

Hamburg and Hamburg Cruise Center have tabled a resolution calling for the Senate, the Hamburg

Hamburg as a cruise destination. The voice of the cruise industry in Hamburg, HCC currently has

around 80 members, a cruise-specific network that is mutually and wholeheartedly committed to the

future development of Hamburg as a cruise destination.

To also achieve sustainable success within the sphere of marketing, in cooperation with an advertising

of a patent, concise and homogeneous Hamburg Cruise Center image, whether it involves an event

venue or a cruise terminal. HCC will use the umbrella brand logo externally.

image brochure, which for the first time presents the cruise destination as a whole," declared Mr.

Drossel. Readers will gain a comprehensive insight into Hamburg as a cruise destination, be it from a

tourism perspective, in relation to the terminals or in terms of the cruise industry competence centre.

development of the cruise industry in Hamburg. The association already has eighty members. 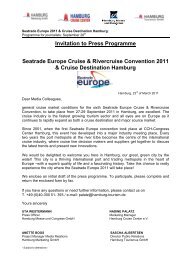 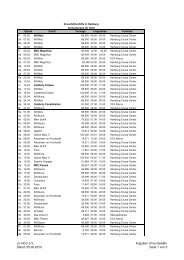 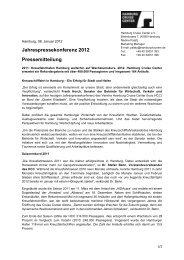 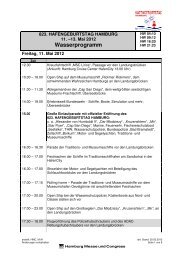 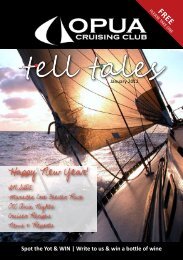 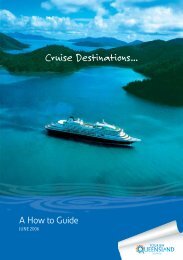 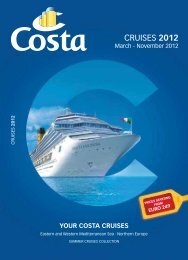 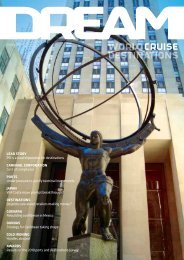 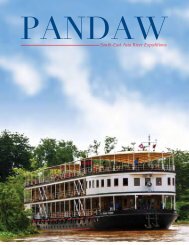 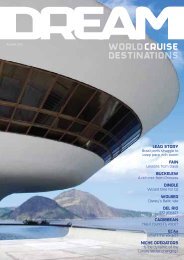 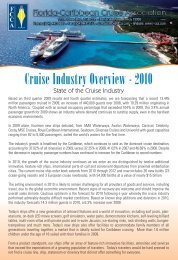 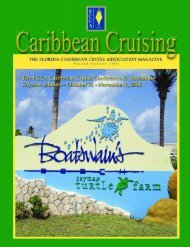 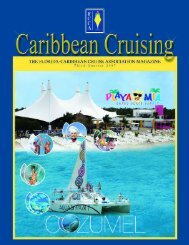 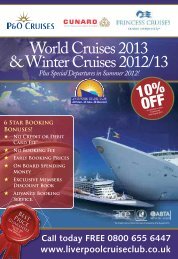 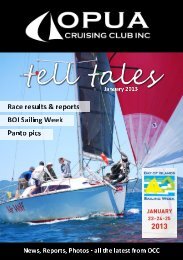 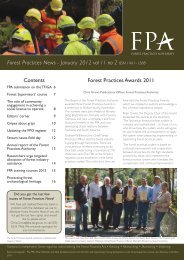 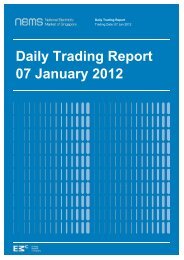 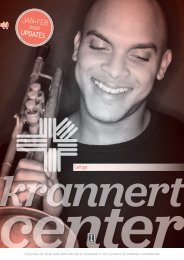 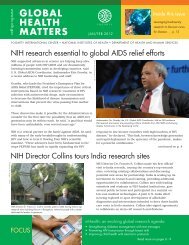 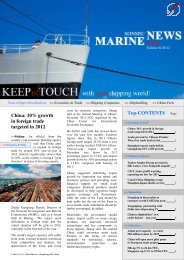 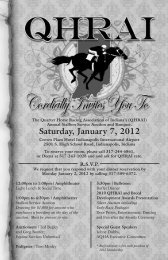 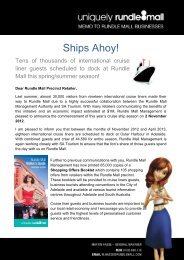 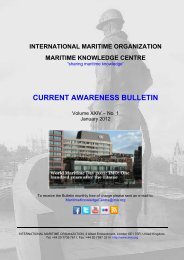 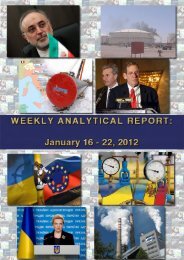