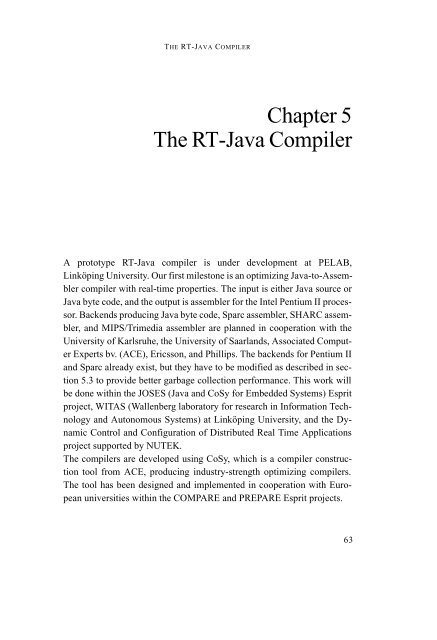 Linköping University. Our first milestone is an optimizing Java-to-Assembler

compiler with real-time properties. The input is either Java source or

Java byte code, and the output is assembler for the Intel Pentium II processor.

and MIPS/Trimedia assembler are planned in cooperation with the

and Sparc already exist, but they have to be modified as described in section

5.3 to provide better garbage collection performance. This work will

and Autonomous Systems) at Linköping University, and the Dynamic

The compilers are developed using CoSy, which is a compiler construction

The tool has been designed and implemented in cooperation with European

universities within the COMPARE and PREPARE Esprit projects.

modules such as frontends, backends, and optimizers. All frontend

modules can be combined with all backends and optimizers provided they

use the same intermediate representation (IR).

A CoSy compiler is built from modules called engines. The engines communicate

must define the structure of the data they will access in the CDP. These def-

initions are used to generate the Data Manipulation and Control Package

(DMCP) library, which engines use to access data in the CDP. The structure

Language (fSDL). A compiler is constructed by combining engines. This

An engine modifies the data in the CDP. Engines can be programmed in

any language that can interface with C, i.e. most modern languages. Engines

in a compiler usually include frontends, optimizers, lowerers, and

backends. A lowerer is an engine which transforms the internal representation

(IR) to a simpler IR-form. This is done to make backends simpler.

Lowerers can, for example, transform switch statements into if statements.

simplify the work for other engines. An example is the loop analyzer,

The interface of an engine is defined in EDL. Since different engines

have different requirements on the IR, engines can specify their own view

of the IR. The DMCP library only allows access to the IR which is specified

in the fSDL file of the engine.

Generator). A BEG engine scans the IR graph for patterns which it can

translate into assembler. Every possible translation has an associated cost

(in time.) The BEG engines select the translation that is cheapest.

The engines of a CoSy compiler are glued together using EDL. EDL supports

pipeline The output of one engine is passed as input to the next.

data-parallel Sometimes data can be divided into sub-graphs. In these

cases it is possible to create one engine instance per sub-graph. These

instances can be made to work in parallel.

loop As in a pipeline the data is passed from one engine to the next. In a

loop a status engine determines whether the loop should end or continue.

If the loop continues, the data is passed from the last engine to the first,

otherwise data is passed to the engine following the loop.

speculative Several engines modify the IR graph. The result is passed to

a selector engine which determines which result should be used. The

results of the other engines is discarded. The output is that of the selected

optimistic This combination is very complex. First one engine is used to

generate several potential solutions (graphs) for a specific problem. A

status engine determines when enough graphs have been produced and

stops the first engine. A third engine selects which graphs are to be

considered for further processing. The graphs which pass the third engine

are passed on to an instance each of the fourth engine. The instances of the

fourth engine work in parallel. Graphs which are rejected by the third

engine are discarded. Each instance of the fourth engine processes the

graphs. Finally a fifth engine chooses which graph is to be used and

discards the rest. The chosen graph is passed on to the next engine.

CoSy does not force engines to use a particular IR, but since supplied engines

(CCMIR), the use of this IR is recommended. Engines can easily extend

the IR without interfering with existing engines. The extension is hidden

from engines which do not use them. If another IR is to be used, none of

the supplied engines can be used. CCMIR is defined in fSDL as is all data

that is communicated between engines.

CCMIR is a graph representation. All CCMIR graphs contain a unit

node. Starting from the unit node, all nodes in the graph can be reached

The fSDL specification specifies which edges are primary.

CCMIR is defined to be language-independent. Currently most imperative

constructs are supported. To improve support for object oriented languages,

a working group within the JOSES project is designing an OO

blocks. The code is linear. There are no loop or selection constructs. Loops

and selections are represented using conditional and unconditional jumps.

To access data in the CDP, several methods are supplied. At the lowest level,

a set of access functions is generated from the fSDL description. The

CP). DMCP routines can be used to create and destroy nodes, and to set

and get attributes. The functions are named according to a simple schema

Get field F in node of type T

with CoSy. CoSy-C contains constructs for construction and initialization

access in C-structs. An example is given in figure 5.4.

/* Create and initialize a plus node */

/* Create and initialize a mirIntConst node */

The EMIT library contains functions to help to create and initialize

nodes and sub-graphs. EMIT also raises the level of abstractions of the IR

by adding labels. By using this library the code is automatically divided

into basic blocks. Simplified type creation is another feature of EMIT.

The highest level of abstraction is the stk, which is a stack-based interpreter

with an interface similar to the printf function in C. An example is

To simplify frontend development we have designed an ASCII representation

of CCMIR called BAR (as in foobar.) A BAR frontend for CoSy has

also been developed. The frontend engine is called barre, which is short for

MIR graph. Barre can be combined with any CCMIR engine to create a

BAR compiler. Prototype compilers for Pentium II and Sparc have been

developed. Both are called barc, short for BAR compiler.

available, e.g. parser generators like yacc. The only requirement is that

ASCII files can be produced. Another advantage is that debugging is simplified.

BAR is a prefix notation form of CCMIR. A BAR file contains a

Operators is the equivalent of nodes in CCMIR. Operators may have

attributes, which can be set to values represented by terms. If a value for

an attribute is not given, default values can be calculated, e.g. alignment of

types. The complete syntax is shown in figure 5.6.

figure 5.7 has been translated into BAR

Implementation of a prototype garbage collector can be made using BAR

only. The disadvantages of this solution is the lack of control of the produced

assembler. If reference count updates can not be done atomically,

expensive locks have to be used to prevent erroneous execution. However,

if the processor allows atomic increments and decrements, the locks are

superfluous. Since the target platform is unknown in the frontend, locks

An advantage of reference counting is short locking time. Only reference

Since the locks are very fine-grained, a cheap solution is to disable

interrupts during atomic operations. This can not be done in the frontend;

other engines have to be garbage- collection-aware.

An engine which inserts garbage collection code would provide better

performance and flexibility. The garbage collection code should call readand

write-barrier functions where needed. The function calls can later be

inlined if appropriate. A major advantage of having an engine inserting

garbage collection code is that the engine can be reused by other frontends.

collector algorithm in the frontend. Different algorithms can be implemented

in separate engines. To change algorithm, only the engine and the

run-time system have to be exchanged.

If efficient code is to be produced, it must be possible to specify that

has to be added to CCMIR. Backends can then produce processor-specific

synchronization if possible. This is the only extension needed to support

5.4 Implementation of the RT-Java Compiler

The RT-Java compiler consists of several modules. The frontend is written

code, any Java-to-byte-code compiler can be used as a replacement. The

byte code is then analyzed as described in section 4.4. The memory analyzer

adds attributes to the class file. The attributes say which allocation

instructions are to allocate objects on the stack. Since the input to this module

is Java byte code, pre-compiled code can also be input to the RT-Java

compiler. The memory analyzer is currently written in C++. The output is

fed into the BAR generator, which translates Java byte code into BAR. The

BAR generator, which is implemented in RML, examines the attributes

and emits the corresponding allocation instructions. The BAR code is then

for different platforms There is no working prototype yet, but 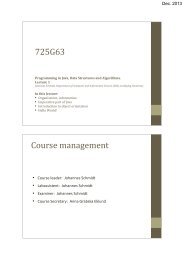 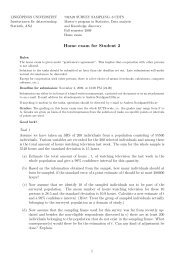 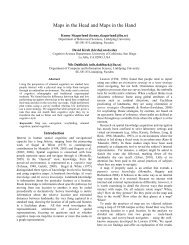 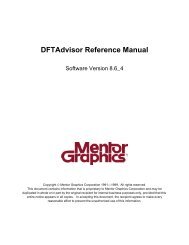 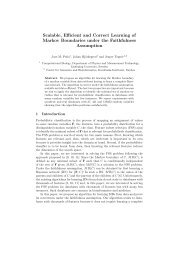 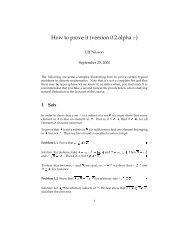 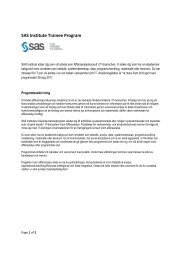 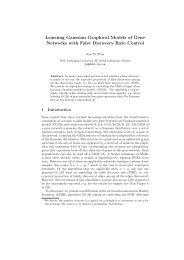 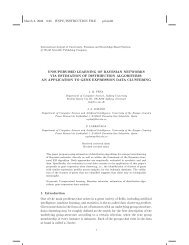 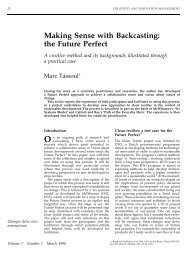 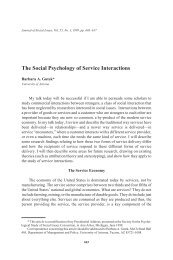 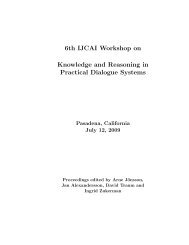 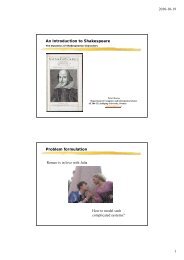 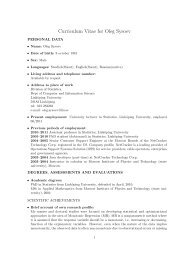 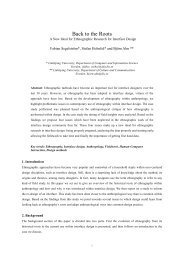 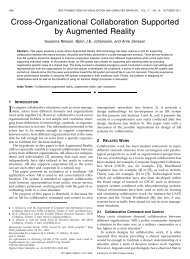 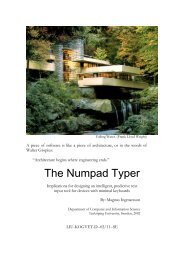 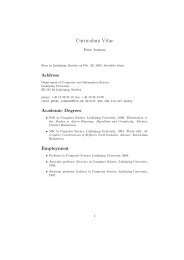 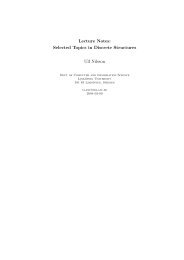 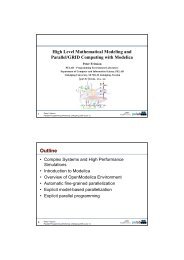 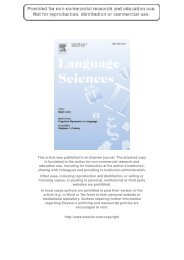