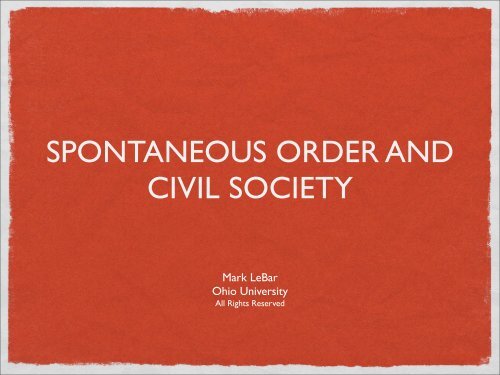 ๏Last time I argued that material equality is not

what we should want from Government (even if

we really care about poverty)

๏If we really care about poverty, we should

think instead about how to make sure people

have enough (for some minimum)

๏Then we can think about what that minimum

should be, and what social arrangements will

be most successful in bringing it about

๏I suggested that we might think instead about a

๏But I didn’t explain what that is

๏I will come at it negatively first, by giving an

example of inequality of authority

๏Then I will begin to characterize what a society

over his or her

subjects just by an exercise of will

๏But the subject has no equal authority to

obligate the monarch by an exercise of will

➡ The difference (inequality) in their

authorities to obligate each other is the

form of moral inequality that is our point of

๏We no longer believe in monarchies, so why

๏Even without monarchs, we retain these

inequalities in authority in other forms

➡ What these forms look like now, and what are

the alternatives, will be the subject today and

๏As a way humans can relate to each other, they

are just as problematic in any form 6

The task for today is to see how the idea of

help us get a grip on equality of authority

This is the kind of order Howie touched on

earlier in connection with I, Pencil

to the idea of civil society

This is a framework for the voluntary

๏Start with the idea of an “order”:

➡For our purposes, simply a pattern we can detect

➡Made orders are orders

work of some mind

✓An army is a good

➡ That is, not as the product of design or aim

๏ Where do we find spontaneous (grown)

๏ Spontaneous orders are not the

๏ That does not mean that deliberate,

rational, design and goals do not enter

➡ They enter in with the decisions

and actions of particular agents

➡ Rather than pertaining to the

outcome or nature of the order

๏Adam Smith was the first to notice how important

institutions in social and political life are examples of

๏Smith made the case that the division of labor is

responsible for producing wealth, yet is by no one’s

๏The division of labor is what Smith identifies as the

for wealth and prosperity

“The certainty of being able to exchange all that

surplus part of the produce of his own labor,

which is over and above his own consumption,

for such parts of the produce of other men's

labor as he may have occasion for, encourages

every man to apply himself to a particular

occupation, and to cultivate and bring to

perfection whatever talent or genius he may

possess for that particular species of

point: this division of

labor is “not originally

the effect of any

➡Instead, it is produced

as by an “invisible

๏ The absence of a single purpose or goal

accounting for their order and organization

accounting for spontaneous orders has

๏ But this feature of them also has important

➡ This is the payoff in equality of authority

Made orders need not exemplify inequality of authority

➡ We can voluntarily agree to enter made orders, and

when we do, our own choice to do so is an exercise

✓ So there is nothing wrong with made orders per se

They are important parts of our lives!

The problem arises with the unilateral imposition of

➡ The top-down command that subordinates must

social orders relative to made orders

(1)The authority structure of orders

(2)The standing of those not in command

๏ Made orders are realized as an aim or goal

➡ The aims of the order are commands to

those not doing the ordering

➡ A command obligates a subordinate to act in

accordance with some particular goal or end

➡ This can be an important and problematic

form of inequality of authority

✓ As exemplified by the relation between a

๏ This is precisely what we object to in

➡ But it occurs wherever there is a top-down

equality of authority to obligate

➡ That is an important moral advantage for

spontaneous orders over made orders

➡ People are treated differently in made vs.

✓ Adam Smith remarked on this difference as

a matter of how we think about what we

should want from Government:

“The man of system, on the contrary, is apt to be very wise in his own

conceit; and is often so enamored with the supposed beauty of his own

ideal plan of government, that he cannot suffer the smallest deviation

from any part of it. He goes on to establish it completely and in all its

parts, without any regard either to the great interests, or to the strong

prejudices which may oppose it. He seems to imagine that he can arrange

arranges the different pieces upon a chess–board. He does not consider

besides that which the hand impresses upon them; but that, in the great

chess–board of human society, every single piece has a principle of

motion of its own, altogether different from that which the legislature

might choose to impress upon it. If those two principles coincide and act

in the same direction, the game of human society will go on easily and

harmoniously, and is very likely to be happy and successful. If they are

opposite or different, the game will go on miserably, and the society must

be at all times in the highest degree of disorder.”

➡ The “man of system” in the made order sees

those he is commanding as “chess pieces”

➡ In a spontaneous order the fact that the

“chess pieces” can think for themselves —

and should be entitled to do so — is what

creates the order in the first place

authority of the people participating in them

in a way made orders do not

➡ In this sense they are societies organized by

civility rather than by authority

๏ What do I mean by “civil society”?

➡ The contrast is with political society

✓ A political society is organized around a

common goal or goals, imposed from the

✓ In that sense it is a made order

✓ And in that sense it fails to realize equality

What do I mean by “civil society”?

➡ Civil society is a spontaneous order

✓ Setting of goals is distributed, as opposed to being

✓ This implements equality of authority

That’s the kind of equality we should care about!

➡ Composed of people associating into communities

and associations of all kinds

The voluntary associations Toqueville spoke of

๏ John Stuart Mill’s “experiments of living” (in On

➡ Valuable as expressions of individuality

➡ Note that the very idea of an “experiment”

suggests that, while some may succeed, there

➡ Mill thinks this is a cost we can’t really avoid

➡ No one society can be the best society for

everyone to live in

➡ Instead: a society of heterogeneous societies

➡ The best “filter device” for determining which

forms of social organization are good for people

to live in is having people actually try them out

➡ The necessary condition is that people be able to

enter if they are admitted, and able to leave when

➡ Rules aim to allow a spontaneous order in human

interactions to emerge and evolve

✓ They are not directed at realizing any specific social

arrangements as a goal

✓ Instead, constraints on individuals ensure that each

can claim space and authority to exercise judgment

and discretion, and pursue his or her own ends

✓ This allows for us to be equal in authority

➡ 1. Find an example (besides monarchy) of

a made order with unequal authority to

➡ 3. Problems or concerns with the 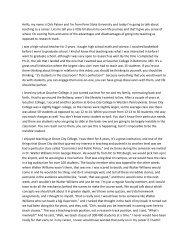 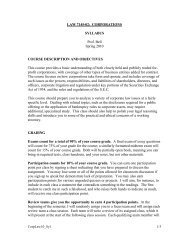 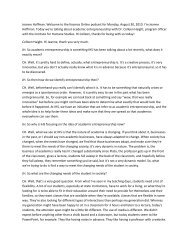 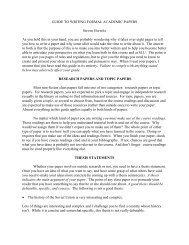 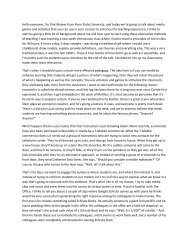 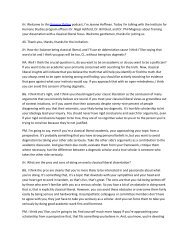 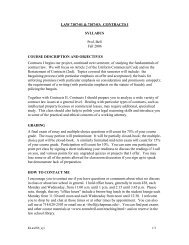 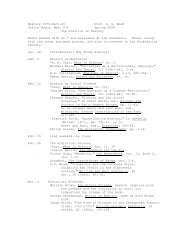 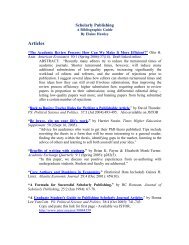 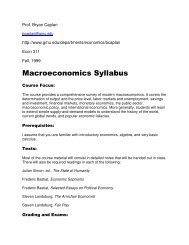 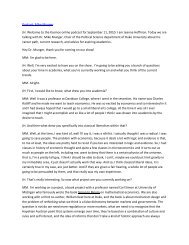 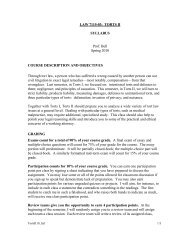 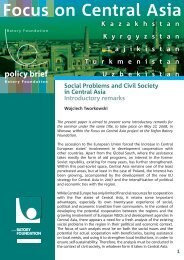 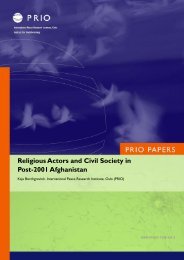 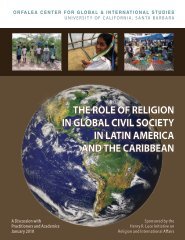 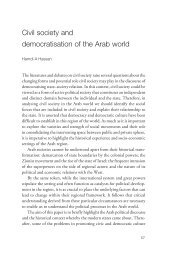 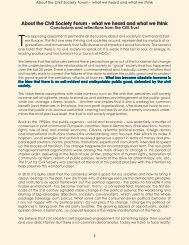 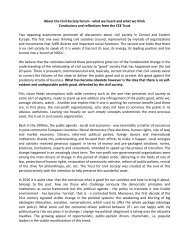 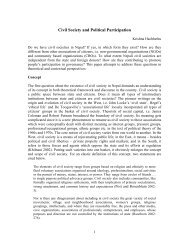 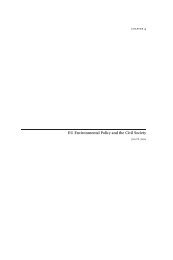 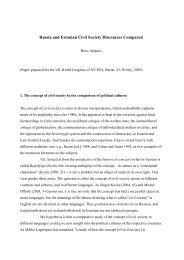 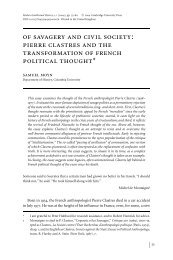 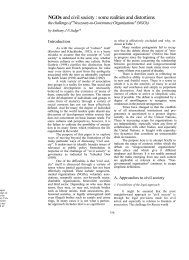