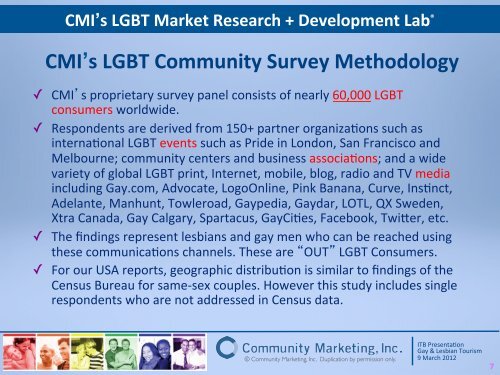 ✓ Respondents are derived from 150+ partner organiza,ons such as

interna,onal LGBT events such as Pride in London, San Francisco and

Melbourne; community centers and business associa,ons; and a wide

these communica,ons channels. These are “OUT” LGBT Consumers.

✓ For our USA reports, geographic distribu,on is similar to findings of the

Census Bureau for same-­‐sex couples. However this study includes single

respondents who are not addressed in Census data. 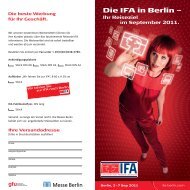 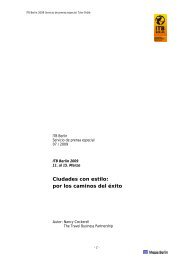 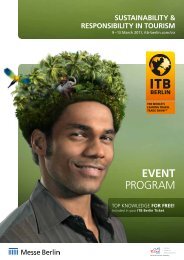 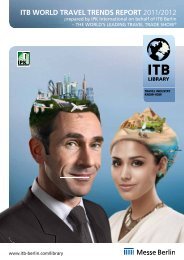