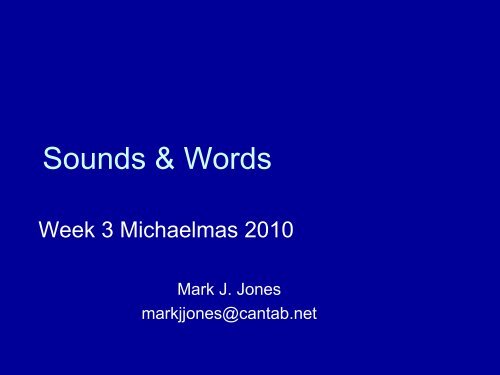 • Talk in more detail about phonemes & allophones in

– some English allophones are phonemes in other languages

– some English phonemes are allophones in other languages

• Phonemes are sounds which are lexically contrastive

– these words are minimal pairs

• they differ by one sound only

• Need not be real words:

• The sounds we hear are called phones

• Allophones are contextual variants of the same

– within the same lexical context, e.g.

• phonemes are not real, they are abstract

• what we hear are (allo)phones

– allophones are grouped into phonemic categories

• We ignore phonetic differences and focus on contrast

– Why wouldn’t they? Humans are good at pattern recognition

shingle on a beach

• create a synthetic fricative half-way between [s] and [ʃ]

– they compensate for contextual rounding

– hear the hybrid fricative as [s]

• That said, directly proving the existence of the phoneme

is tricky (cf. the atom)

• As the phoneme is abstract the choice of symbol is

• in recent phonological theory this is not the case

– blurring of boundary between phonetics & phonology

– cannot move seamlessly from one segment to next

– effects predictable to some extent

– can have syllabic consonants too in some languages

– onsets obligatory in some languages

– many languages do not have codas

– velarised: back of tongue raised

– we can use the same thing for affricates, i.e. [tʃ͡]

• Vowel is longer before voiced obstruent

– use is logical (once you think about it!)

– This works even if the final sound is devoiced, i.e. no vocal fold

• Produces a range of allophones

• The retracted vowels shift in the vowel space

– not phonemes in Korean or Japanese

– quality difference not phonemic in Arabic

– both contextual variants of /ʃ/ 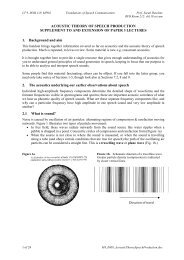 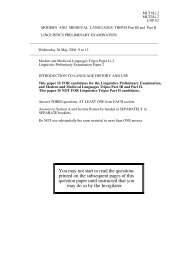 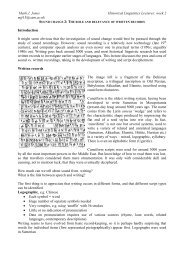 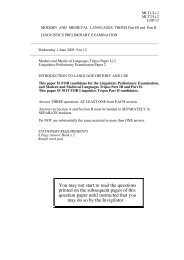 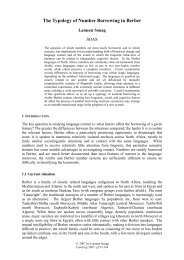 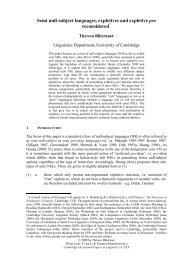 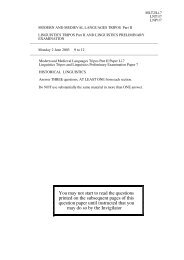