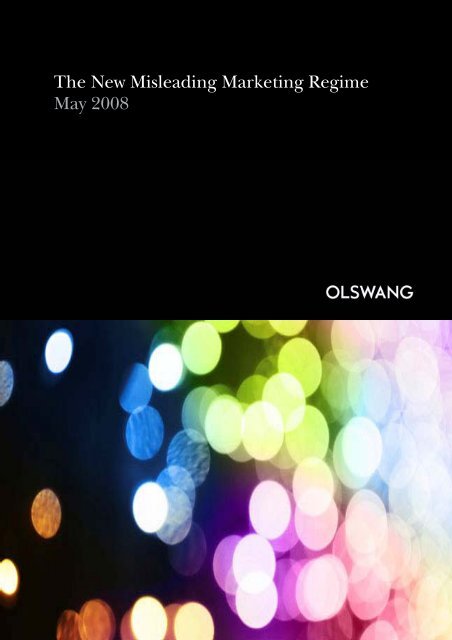 On 26 May 2008 two new sets of regulations will come into force in the UK, the first of which protects

consumers from unfair, misleading and aggressive commercial practices and the second of which protects

businesses. Breaches of the new regulations could result in criminal sanctions and businesses are advised

to review their existing practices to ensure that they do not fall foul of the new regime.

The Consumer Protection from Unfair Trading Regulations 2008 ("Consumer Regulations") will

regulate commercial practices between businesses and consumers, whilst the Business Protection from

The Consumer Regulations apply across all business sectors. They contain a general prohibition on

"unfair commercial practices" before, during or after transactions. They also prohibit traders from

misleading consumers and from using aggressive commercial practices. In addition, there are 31 specific

commercial practices which are expressly prohibited.

Will your business be affected by the Consumer Regulations?

The Consumer Regulations will apply to any conduct by businesses directly connected to the promotion,

sale or supply of products to consumers. Therefore, your business will be affected by the Consumer

• your business has a direct relationship with consumers;

Consumer Regulations (for example, where a trader supplies products to a supermarket to be sold to

shoppers, the trader will need to ensure that their labelling complies with the Consumer Regulations);

• your business purchases products from consumers.

relevant field of activity could reasonably be expected to exercise); and

• materially distort the economic behaviour of the "average consumer".

to make a different transactional decision from that which they might otherwise have made.

"Misleading actions" include giving false or misleading information to, or deceiving, customers:

• about the existence or the main characteristics of a product;

• about the trader's compliance with a code of conduct; and/or

• by marketing a product in such a way that creates confusion with a competitor's products.

An example would be where a trader sells a television package to a consumer, saying that it includes a

channel which is only available at an additional cost.

an informed decision, or providing information in an unclear, unintelligible, ambiguous or untimely manner.

The context of any omissions, such as limitations of time or space, will be taken into consideration, as will

In addition, the Consumer Regulations provide that if a trader makes an "invitation to purchase" (for

example, by including a page on a website which enables customers to place an order) the invitation must

include specified material information, such as a full description of the advertised product.

This prohibition is aimed at stopping, amongst other things, high-pressure selling techniques that include

intimidation. Examples given by the Guidance issued by the Office of Fair Trading include forceful

• using advertorials which fail to make it clear that a trader had paid for the promotion;

• falsely claiming, or creating the impression, that the trader is not acting for purposes relating to his

trade, business, craft or profession, or falsely representing oneself as a consumer (note that this may

review (whether online or offline) of its own products);

• falsely claiming to be a signatory of a code of conduct;

• displaying a trust or quality mark without authorisation;

their parents, or other adults, to buy advertised products for them;

deliberately mislead the consumer into believing that the product is made by the same manufacturer;

• describing a product as "free", "without charge" or similar if the consumer has to pay anything other

than the unavoidable cost of responding, and collecting or paying for delivery of the item.

on advertising which misleads traders. "Advertising" is defined broadly and includes any form of

representation promoting the supply of goods or services.

In determining whether advertising is misleading, factors taken into account include information the

• the characteristics of the product (including its availability, composition, method and date of

manufacture, geographical origin, the results to be expected from its use);

• conditions of supply; and

The second area covered by the Business Regulations is comparative advertising.

• provide objective comparisons of products on a like-for-like basis;

• not discredit or denigrate a competitor or its brand;

• not take unfair advantage of the reputation of a competitor's brand; and

• not create confusion between the advertiser and competitor, or their brands.

Both new regulations put a duty to enforce on every "enforcement agency", which includes the Office of

However, note that neither set of regulations create any private right of action against traders by

In fulfilling its duty, the enforcement agency can use "established means" to control the unfair practice. For

example, the enforcement agency may decide that, where the remits of the ASA or PhonepayPlus overlap

in relation to any complaint, it may be appropriate to refer the complaint to the existing regulatory body to

be dealt with under the relevant code of practice. If, however, an enforcement agency chooses to take

action under the new regime, such a complaint could lead to a fine or imprisonment. The new legislation

will therefore give teeth to a number of previously self-regulatory codes.

CONSEQUENCES OF A BREACH OF THE REGULATIONS

A breach of the Consumer Regulations will, in most cases, be a criminal offence. In the case of a breach of

the General Prohibition, the prosecution will have to prove that the trader has knowingly, or recklessly,

breached the requirements of professional diligence. The other offences will be strict liability so it will not

be necessary to prove the state of mind of the trader.

A breach of the Business Regulations will constitute a strict liability criminal offence.

The penalties, which apply to breaches of both the Consumer Regulations and the Business Regulations,

• for an offence on conviction on indictment, an unlimited fine.

can be found personally liable and fined or sentenced to up to two years in prison (or both).

It is a defence to the criminal charge that the offence was caused by factors such as a mistake or accident,

beyond the trader's control, provided that the trader can show it took all reasonable precautions and

In terms of what constitutes due diligence, it may not be sufficient merely to put procedures in place to

prevent the commission of an offence – these procedures would have to be applied and enforced.

However, it will not be possible to understand how the courts will interpret this provision until some case

law exists in this area.

the advertisement would be an offence.

Arrangements with providers of advertising, publishing services or hosting services, will therefore need to

be framed to ensure that obligations to review content, and associated risks, are properly allocated.

If you think that the regulations are likely to apply to your business you should:

prohibitions set out in either of the regulations;

contrary to either of the regulations; and

If you have any queries in relation to the regulations please contact: 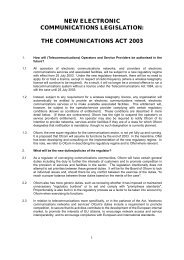 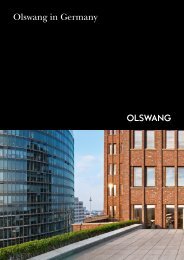 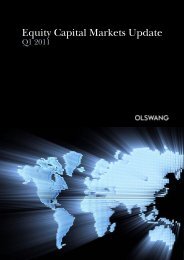 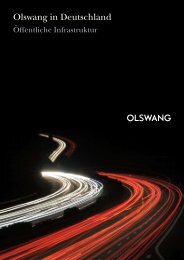 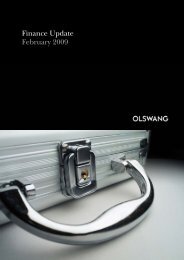 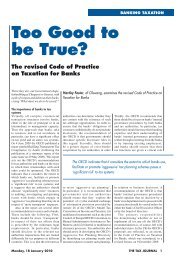 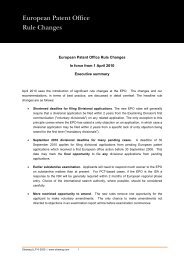 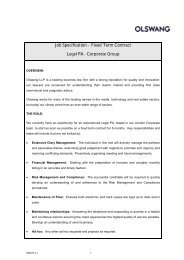 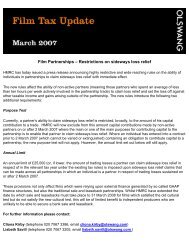 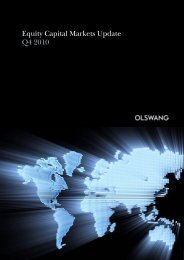 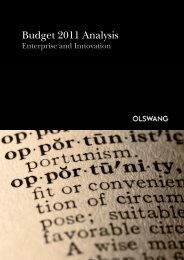 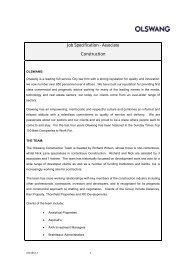 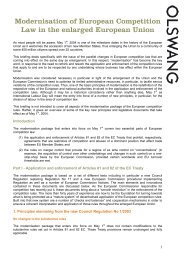 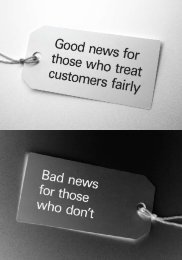 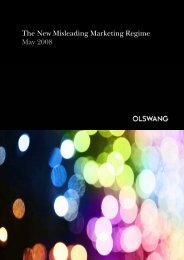 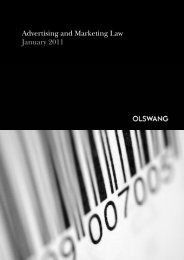 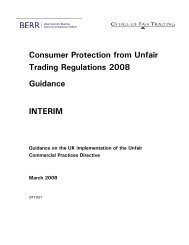 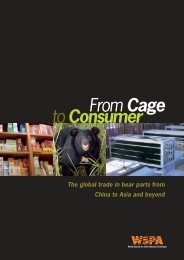 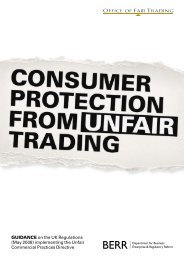 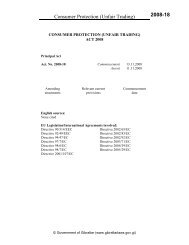 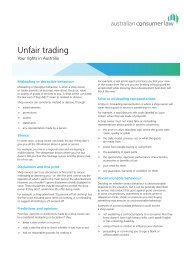 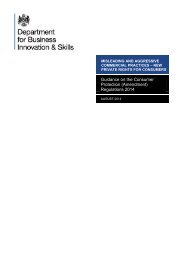 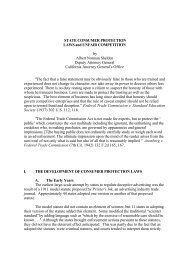 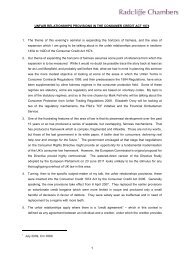 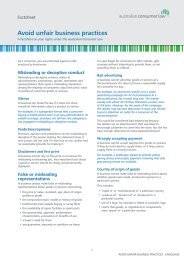 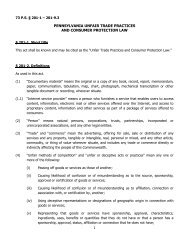