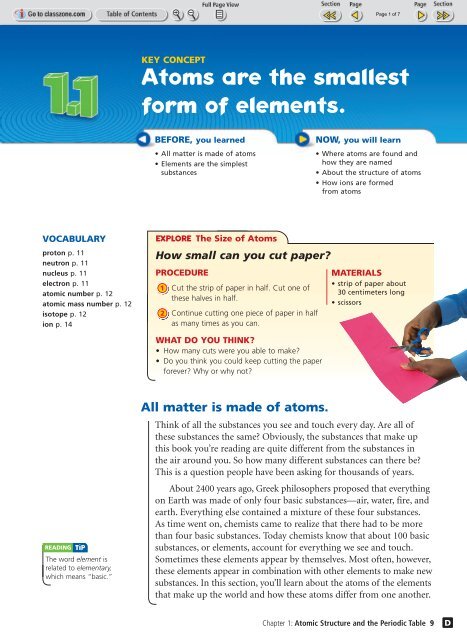 Atoms are the smallest

•All matter is made of atoms

•Elements are the simplest

NOW, you will learn

• Where atoms are found and

how they are named

• About the structure of atoms

• How ions are formed

EXPLORE The Size of Atoms

How small can you cut paper?

Cut the strip of paper in half. Cut one of

these halves in half.

Continue cutting one piece of paper in half

as many times as you can.

• strip of paper about

WHAT DO YOU THINK?

•How many cuts were you able to make?

•Do you think you could keep cutting the paper

forever? Why or why not?

The word element is

All matter is made of atoms.

Think of all the substances you see and touch every day. Are all of

the air around you. So how many different substances can there be?

This is a question people have been asking for thousands of years.

About 2400 years ago, Greek philosophers proposed that everything

on Earth was made of only four basic substances—air, water, fire, and

earth. Everything else contained a mixture of these four substances.

As time went on, chemists came to realize that there had to be more

than four basic substances. Today chemists know that about 100 basic

substances, or elements, account for everything we see and touch.

Sometimes these elements appear by themselves. Most often, however,

these elements appear in combination with other elements to make new

substances. In this section, you’ll learn about the atoms of the elements

that make up the world and how these atoms differ from one another.

Types of Atoms in Earth’s Crust and

90 percent of the total mass of the universe.

Hydrogen atoms make up only about 1 percent of

Earth’s crust, however, and most of those hydrogen

atoms are combined with oxygen atoms in the form

of water.The graph on the left shows the types of

atoms in approximately the top 100 kilometers of

The distribution of the atoms of the elements

in living things is very different from what it is in

of atoms. Although the amounts of these atoms

and bacteria—are composed primarily of atoms of

oxygen, carbon, hydrogen, and nitrogen. As you can

see in the lower graph on the left, oxygen atoms

What is the most common element

Names and Symbols of Elements

Elements get their names in many different ways. Magnesium, for

example, was named for the region in Greece known as Magnesia.

Lithium comes from the Greek word lithos, which means “stone.”

Neptunium was named after the planet Neptune. The elements

einsteinium and fermium were named after scientists Albert Einstein

Each element has its own unique symbol. For some elements,

the symbol is simply the first letter of its name.

letter of the element’s name. Notice that the first letter is capitalized

but the second letter is not.

The origins of some symbols, however, are less obvious. The symbol

for gold (Au), for example, doesn’t seem to have anything to do with

the element’s name. The symbol refers instead to gold’s name in Latin,

whose symbols come from Latin names.

Each element is made of a different atom.

In the early 1800s British scientist John Dalton proposed that each

element is made of tiny particles called atoms. Dalton stated that all

from atoms of all other elements. Every atom of silver, for example, is

similar to every other atom of silver but different from an atom of iron.

anything simpler. Scientists later discovered that this was not exactly

true. They found that atoms are made of even smaller particles.

The Structure of an Atom

atoms contain charged particles. The charge on a particle can be either

positive or negative. Particles with the same type of charge repel each

each other—they are drawn toward each other.

Atoms are composed of three types of particles—electrons, protons,

and neutrons. A proton is a positively charged particle, and

a neutron is an uncharged particle. The neutron has approximately

the same mass as a proton. The protons and neutrons of an atom are

grouped together in the atom’s center. This combination of protons

and neutrons is called the nucleus of the atom. Because it contains

protons, the nucleus has a positive charge. Electrons are negatively

charged particles that move around outside the nucleus.

Remember to make a

and electron and for

Atoms are made of protons, neutrons, and electrons.

The electron cloud has

The nucleus has an

Which part of the atom has a negative charge?

Build a model of

meters in diameter. This means that you could

fit millions of atoms in the period at the end

of this sentence. The diagram on page 11,

picturing the basic structure of the atom, is

not drawn to scale. In an atom the electron

could fit in a space

the size of this dot.

It would take you

the number of atoms

in a grain of salt.

Electrons are much smaller than protons

the nucleus very quickly. Scientists have found that it is not possible

to determine their exact positions with any certainty. This is why we

picture the electrons as being in a cloud around the nucleus.

The negative electrons remain associated with the nucleus because

they are attracted to the positively charged protons. Also, because

electrical charges that are alike (such as two negative charges) repel

each other, electrons remain spread out in the electron cloud. Neutral

atoms have no overall electrical charge because they have an equal

number of protons and electrons.

If all atoms are composed of the same particles, how can there be more

than 100 different elements? The identity of an atom is determined

by the number of protons in its nucleus, called the atomic number.

Every hydrogen atom—atomic number 1—has exactly one proton in

its nucleus. Every gold atom has 79 protons, which means the atomic

The iso- in isotope is from

the Greek language, and it

called its atomic mass number. While the atoms of a certain element

always have the same number of protons, they may not always have

the same number of neutrons, so not all atoms of an element have the

All chlorine atoms, for instance, have 17 protons. However, some

20 neutrons. Atoms of chlorine with 18 and 20 neutrons are called

chlorine isotopes. Isotopes are atoms of the same element that have

a different number of neutrons. Some elements have many isotopes,

while other elements have just a few.

How is atomic mass number different from atomic number?

Isotopes have different numbers of neutrons.

the total number of its protons and neutrons. You can find the number

of neutrons in a particular isotope by subtracting the atomic number

from the atomic mass number. For example, chlorine-35 indicates the

isotope of chlorine that has 18 neutrons. Chlorine-37 has 20 neutrons.

because it has the same number of protons. However, the atomic mass

number varies depending on the number of neutrons.

How can you model the relative masses

Use a paper clip to represent the mass of an electron. Determine its mass.

Find a substance in the classroom (sand, clay, water) from which you could

make a model representing the mass of a proton or neutron. The mass of a

proton or neutron is about 2000 times the mass of an electron.

Measure out the substance until you have enough of it to make your model.

WHAT DO YOU THINK?

•What substance did you use to make your model?

•What was the model’s mass?

•What do you conclude about the masses of

CHALLENGE The diameter of an electron is approximately

1/2000 that of a proton. What two objects could represent

each of these to scale?

Make a main idea web to

organize what you know

An atom has an equal number of electrons and protons. Since each

electron has one negative charge and each proton has one positive

charge, atoms have no overall electrical charge. An ion is formed when

an atom loses or gains one or more electrons. Because the number of

electrons in an ion is different from the number of protons, an ion

does have an overall electric charge.

Consider how a positive ion can be formed from an atom. The left

side of the illustration below represents a sodium (Na) atom. Its nucleus

contains 11 protons and some neutrons. Because the electron cloud

surrounding the nucleus consists of 11 electrons, there is no overall

charge on the atom. If the atom loses one electron, however, the

charges are no longer balanced. There is now one more proton than

there are electrons. The ion formed, therefore, has a positive charge.

A positive ion is

it because it has

Notice the size of the positive ion. Because there are fewer electrons,

there is less of a repulsion among the remaining electrons. Therefore,

the positive ion is smaller than the neutral atom.

raised plus sign to indicate the positive charge. In the above example,

the sodium ion is represented as Na + .

Some atoms form positive ions by losing more than one electron.

In those cases, the symbol for the ion also indicates the number of

to form an ion Ca 2+ ,and aluminum loses three electrons to form Al 3+ .

What must happen to form a positive ion?

The illustration below shows how a negative ion is formed. In this

case the atom is chlorine (Cl). The nucleus of a chlorine atom contains

17 protons and some neutrons. The electron cloud has 17 electrons, so

the atom has no overall charge. When an electron is added to the

chlorine atom, a negatively charged ion is formed. Notice that a

negative ion is larger than the neutral atom that formed it. The extra

electron increases the repulsion within the cloud, causing it to expand.

A negative ion is

it because it has

and slightly above the element’s symbol. The negative chloride ion in

the example, therefore, would be written as Cl – .Ifan ion has gained

more than one electron, the number of added electrons is indicated by

a number in front of the minus sign. Oxygen (O), for example, gains

two electrons when it forms an ion. Its symbol is O 2– .

1. Which two atoms are most

common in Earth’s crust? in

2. What are the particles that

make up an atom?

3. What happens when an atom

atoms are about the same size.

How does the size of a magnesium

ion with a 2+ charge

compare with that of a sodium

ion with a single + charge?

of potassium is 19. How does

the mass of an atom, the

electrons are not considered.

Why can scientists disregard 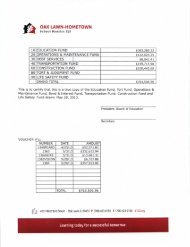 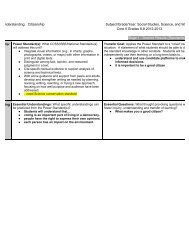 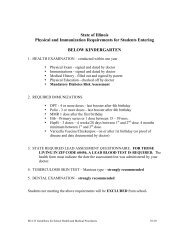 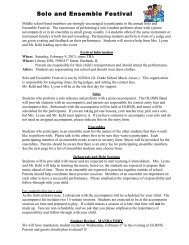 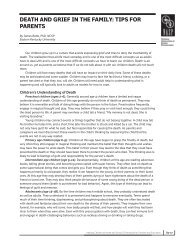 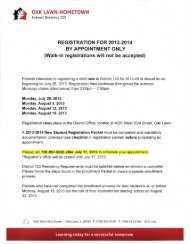 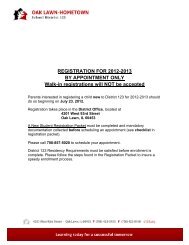