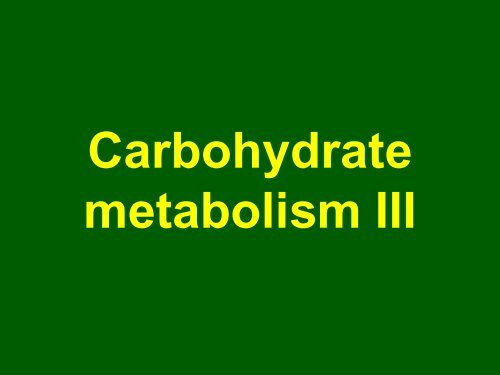 • Metabolism of fructose, galactose and

Getting glucose from storage (or diet)

-Amylase is an endoglycosidase

• It cleaves amylopectin or glycogen to maltose,

maltotriose and other small oligosaccharides

• It is active on either side of a branch point, but

activity is reduced near the branch points

• Note the 2 activities of the debranching

• Glycogen is a polymer of glucose residues linked by

• Glycogen chains and branches are longer than shown.

• Glucose is stored as glycogen predominantly in liver

• But tissue glycogen is an important energy

reservoir - its breakdown is carefully controlled

the nonreducing ends of glycogen molecules

• This is a phosphorolysis, not a hydrolysis

• Metabolic advantage: product is a sugar-P - a

• This phosphorolysis may be compared to

derivative of vitamin B 6

as prosthetic group for GP.

• PLP is held at the active site by a

Schiff base linkage, formed by

reaction of the aldehyde of PLP

with the -amino group of a

• In contrast to its role in other

enzymes, the phosphate of PLP

is involved in acid/base catalysis

• A glycogen storage site on the surface of

the Phosphorylase enzyme binds the

• Given the distance between storage and

(14) linkages only to within 4 residues of

• This is called a "limit branch".

consisting of residues in different segments of a single

• The transferase of the debranching enzyme

branch to the end of another branch, diminishing

the limit branch to a single glucose residue.

debranching enzyme then catalyzes hydrolysis of

the (16) linkage, yielding free glucose. This is a

• The major product of glycogen breakdown is

• serine -OH at the active site donates and accepts P i .

• the bisphosphate is not released

• Glucose-6-P may enter Glycolysis or (mainly in liver)

be dephosphorylated for release to the blood.

essential to the liver's role in maintaining blood

• Most other tissues lack this enzyme.

Glucose units are activated for transfer by

• What are other examples of "activation"?

• Leloir showed in the 1950s that glycogen

• Uridine diphosphate glucose (UDP-glucose) is the

• As glucose residues are added to glycogen, UDP-glucose is

the substrate and UDP is released as a reaction product.

synthesis of other complex carbohydrates, including

• UDP-glucose is formed from glucose-1-phosphate:

• Spontaneous hydrolysis of the ~P bond in PP i

• Cleavage of PP i

is the only energy cost for glycogen

• Glycogenin (a protein!) forms the core of a

• First glucose is linked to a tyrosine -OH

from UDP-glucose to C-4 hydroxyl at a

nonreducing end of a glycogen strand.

• A glycosidic bond is formed between the

from UDP-glucose and the hydroxyl oxygen of

a tyrosine side-chain of Glycogenin.

• UDP is released as a product.

of glycogen chains initiated by Glycogenin.

• Question: Where would you expect to find

• Answer: Most of the Glycogenin is found

glycogen chains) in the cytoplasm.

moiety of UDP-glucose to the hydroxyl at C4 of the

terminal residue of a glycogen chain to form an

• A branching enzyme transfers a segment from the

end of a glycogen chain to the C6 hydroxyl of a

glucose residue of glycogen to yield a branch with an

• GP allosterically activated by AMP and

inhibited by ATP, glucose-6-P and

• GS is stimulated by glucose-6-P

• Both enzymes are regulated by

• Both synthesis and breakdown of glycogen are

• If both pathways were active simultaneously in

a cell, there would be a "futile cycle" with

cleavage of one ~P bond per cycle (in forming

• To prevent such a futile cycle, Glycogen

Synthase and Glycogen Phosphorylase are

• Glycogen Synthase is allosterically activated by

glucose-6-P (opposite of effect on GP).

• It is useful to a cell to store glucose as glycogen

when the input to Glycolysis (glucose-6-P), and

the main product of Glycolysis (ATP), are

Phosphorylation of GP and GS

converted phosphorylase „b“ to

• Nine Ser residues on GS are

that control the phosphorylation of GP and

the communication between hormone

breakdown - opposite effect of insulin!

• Glucagon acts in liver and adipose tissue only!

• Epinephrine (adrenaline) is released from

• Epinephrine acts on liver and muscles

• The phosphorylase cascade amplifies the

• Both are glycogenolytic but for different

• Epinephrine is the fight or flight hormone

• Glucagon is for long-term maintenance of

steady-state levels of glucose in the blood

of Glycogen Synthesis and Degradation

• Insulin is secreted from the pancreas (to

liver) in response to an increase in blood

• Note that the portal vein is the only vein in

the body that feeds an organ!

Other Substrates for Glycolysis

• Fructose and mannose are routed into

• Galactose is more interesting - the Leloir

• Synthese in cels – reduction of glucose

• Metabolism occures in the liver (faster

than glucose – fructokinase have higher

phosphorylation - limited, because activity of

hexokinase is 1/20 from activity for glucose

Liver Metabolism of Fructose I

• Obvious way transformation is fosforylation in the

liver (partially in intestine epithel and in kidney)

• Fosforylation can not effect hunger or insuline

– Depletion of P i

– Accumulation of lactate (acid) in blood

• Occures in the liver

• Galactose is necessary for synthesis of

glycoprotheins or can converted to glucose

galactose have ability bounded to other

• Glycolytic Enzymes are specific and do not

The Role of Glucuronic acid

• Uridine-1-diphospho glucose can be used for:

• after the oxidation at the 6th carbon atom is formed UDPglucuronic

acid, which is used for:

• Products capable be transformed in phosphopentose 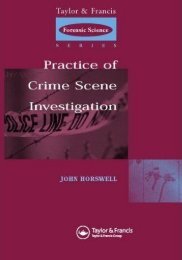 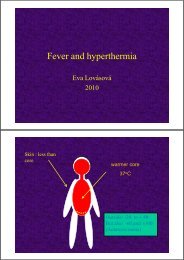 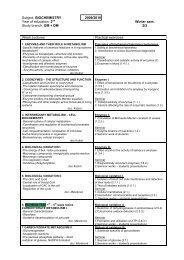 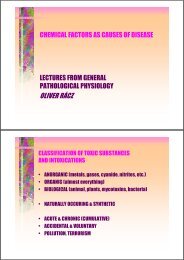