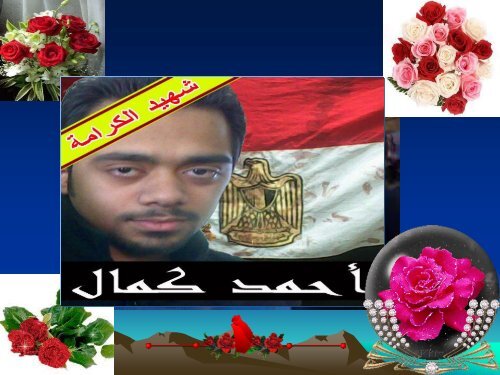 infection of the peritoneal cavity without

-SBP is a very common bacterial

infection in patients with cirrhosis

Diagnostic paracentesis: in whom and when

The diagnosis of SBP is based on diagnostic paracentesis .

-All patients with cirrhosis and ascites are at risk of SBP

and the prevalence of SBP in outpatients is 1.5–

-Rimola A, et al. Diagnosis, treatment and prophylaxis of spontaneous bacterial peritonitis: a

Patients with SBP may have one of the following:

(1) local symptoms and/or signs of peritonitis:

(2) signs of systemic inflammation: hyper or

* However, it is important to point out that SBP may

be asymptomatic, particularly in outpatients.

resulting in an increased number of neutrophils

-The greatest sensitivity for the diagnosis of SBP is

reached with a cutoff neutrophil count of 250/mm3,

although the greatest specificity is reached with

There may be some delay in obtaining an ascitic fluid cell

count, the use of reagent strips (RSs) has been proposed

for a rapid diagnosis of SBP

The use of reagent strips cannot be recommended for

the rapid diagnosis of SBP.

-When culture is positive (40% of cases), the most

-30% of isolated GNB are resistant to quinolones

-70% of quinolone-resistant GNB are also resistant to

GNB is higher in patients on norfloxacin therapy

than in patients ‘naïve’ for this treatment.

-The rate of cephalosporin- resistant GNB is low in

patients with SBP regardless of norfloxacin

-Patients on norfloxacin prophylaxis may develop SBP caused by

-Patients with an ascitic fluid neutrophil count P250 cells/mm3 and

negative culture are similar to that of patients with culture- positive

and should be treated in a similar manner.

EASL clinical practice guidelines on the management of

-It must be initiated immediately after the diagnosis of SBP, without

the results of ascitic fluid culture. (Level A1).

should not be used as empirical therapy .

Since the most common causative organisms of SBP are

Gram-negative aerobic bacteria, such as E. coli, the first line

-Infection resolution is obtained in 77–98% of patients. A dose

is as effective as a 10-day treatment

intravenously then orally, has similar results with

respect to SBP resolution and mortality,

compared with cefotaxime and with a much lower

The use of quinolones should not be considered in patients who :

** Taking these drugs for prophylaxis against SBP,

Ciprofloxacin, given either for 7 days intravenously or for 2 days

considered a substitute for i.v cefotaxime

Grade II (or higher) HE, or

-Switch therapy (i.e., use of intravenous

administration) with ciprofloxacin is more costeffective

results as intravenous cefotaxime in uncomplicated

-Cefotaxime or amoxicillin/clavulanic acid are

effective in patients who develop SBP while on

90% of patients. Resolution of SBP should be proven by

demonstrating a decrease of ascitic neutrophil count to

Failure of antibiotic therapy should be suspected if :

**worsening of clinical signs and symptoms

**no marked reduction or increase in ascitic fluid

Failure of antibiotic therapy is usually due to resistant

Once secondary bacterial peritonitis has been excluded,

antibiotics should be changed . (Level A1).

2- Intravenous albumin in patients with spontaneous

SBP without septic shock may precipitate deterioration of

hepatorenal syndrome (HRS) and has

approximately a 20% hospital mortality rate despite

-In patients with SBP treated with cefotaxime showed

-Treatment with albumin was particularly effective in

-It is unclear whether intravenous albumin is useful in patients with

-It is not known whether crystalloids or artificial colloids

could replace albumin in the prevention of HRS in

as other expanders in the management of SBP.

Until more information is available, we recommend that

all patients who develop SBP should be treated with broad

-Most episodes of SBP are thought to result from

the translocation of enteric GNB, the ideal

prophylactic agent should be:

* effective at decreasing the amounts of

these organisms from the gut

- Given the high cost and inevitable risk of developing

resistant organisms, the use of prophylactic

antibiotics must be strictly restricted to patients

at high risk of SBP.

and no prior history of SBP (primary prophylaxis);

(3) patients with a previous history of SBP

-Bacterial infection, including SBP, is a major problem in

patients with cirrhosis and acute gastrointestinal

hemorrhage, occurring in between 25% and 65% of

-The incidence of bacterial infection is particularly high

in patients with advanced cirrhosis and/or severe

The presence of bacterial infection in patients

with variceal hemorrhage is associated with an

-Antibiotic prophylaxis has been shown to

prevent infection in patients with

gastrointestinal bleeding and decrease the

Recommendations In patients with gastrointestinal

bleeding and severe liver disease : ceftriaxone is the

prophylactic antibiotic of choice, whilst patients with

less severe liver disease may be given oral

norfloxacin or an alternative oral quinolone to prevent

the development of SBP (Level A1).

-In recent years, the epidemiology of bacterial infections

in cirrhosis has changed, with an increasing

incidence of SBP and other infections caused by

approach for the prophylaxis of bacterial infections in patients with

prior history of SBP

1-year probability of developing SBP (7% versus

- The duration of primary antibiotic

prophylaxis has not been established.

3. Patients with prior SBP

Patients who recover from an episode of SBP have a

In those patients, the administration of prophylactic antibiotics

orally) is the treatment of choice (Level A1).

-Treatment with norfloxacin reduced the probability of recurrence

-Norfloxacin was more effective in the prevention of SBP recurrence

--Patients recovering from an episode of SBP should be considered

-It is uncertain whether prophylaxis should be continued without

interruption until liver transplantation or death in all patients

with prior SBP or if treatment could be discontinued in

-Prolonged antibiotic prophylaxis (primary or secondary) has led to

the emergence of GNB resistant to quinolones .

There is an increased likelihood of infections from Grampositive

bacteria in patients who have received long-term

-This underlines the need to restrict the use of

prophylactic antibiotics to patients with the

- Common sense would suggest that quinolone

prophylaxis should be discontinued in patients

who develop infection due to quinolone-resistant 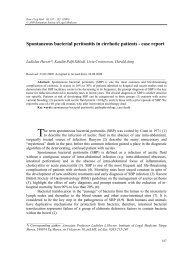 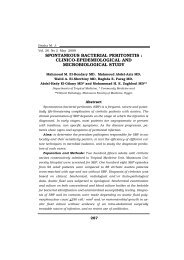 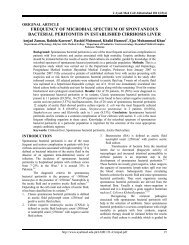 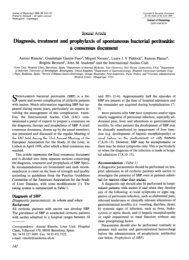 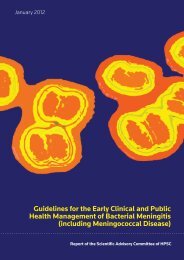 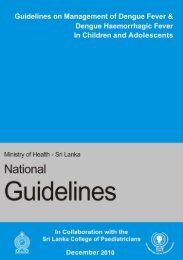 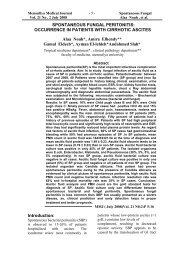 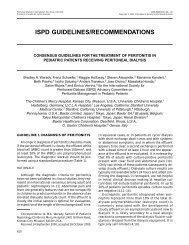 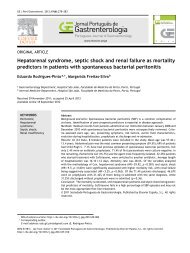 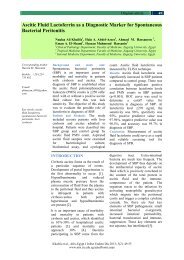 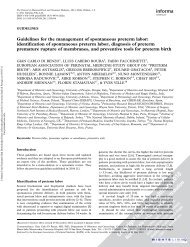 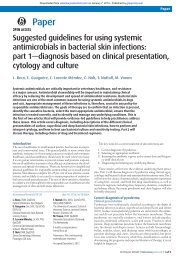 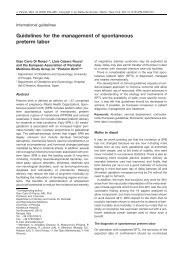 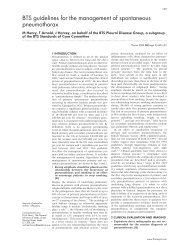 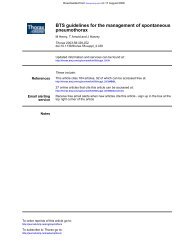