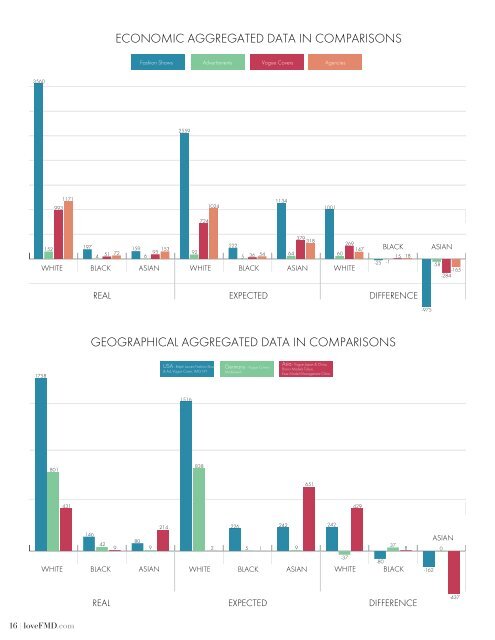 Our loveFMD Magazine aims at providing the full elegancy of the world of fashion in a new form and furthermore, we are reinventing the publishing of magazines with an innovative and unique marketing concept that unifies an interactive print and digital publication. Stay tuned and watch out for something new at your newspaper stand!

Another interesting point to consider is why the fashion industry is always associated with the question of diversity. Take a look at other industries like cars, food, traveling, etc. Have you ever seen a black model advertising German beer? Probably not, since this would not relate to their target audience. Would we say that a brand that strives to attract their customers by booking the respective type of model is racist? Of course none of the other industries are so much represented in the media and press as the fashion industry, and this may be the reason why this lack of diversity is more evident here than in other less prominent areas of commerce. Anyway, people should not see the fashion industry as inclusive when it comes to diversity. In the end, the question is who really is racist? Is it the fashion industry itself or the people it appeals to? Interestingly, an organisation called “Diversity Coalition,” which was formed by Bethann Hardison, Chanel Iman and Naomi Campbell, called out the fashion industry for their inattention and inaction when it came to racial matters at fashion shows, but the strange part of their letter is that they set Asian models apart from other models of colour. Do Asian models not count as racially diverse enough? The belief that Asians are not actually people of colour, or are a “sort of white” is racism because it denies anti-Asian racism, which has a long and continuing history in fashion. Asian models are grossly underrepresented and this is not only visible in our study, but is also indicated by the fashion history. If you think back to the 80’s and 90’s, how many Asian models come to mind? At that time, black models like Iman, Naomi Campbell, and Tyra Banks were born supermodels and started to press for a more diverse representation on the runway, but nobody was asking about the appearance of Asian models at that time. Gucci, and Cover Girl cosmetics. She also graced the cover of American Vogue in 1997. The French biracial model Noémie Lenoir featured in ads for L’Oreal, Gap, and other well-known companies; she also did covers for many fashion magazines worldwide. Nigerian model Oluchi Onweagba graced multiple ad campaigns, including Gianfranco Ferré, Victoria’s Secret, Express, Banana Republic, and Ann Taylor. Liu Wen just signed as the new Estee Lauder face , being the first Asian model ever. Now in the 21st century, we can say that the trend for Asian models has officially begun. People are realizing that there are more racial facets than just black and white. This is where we should ask ourselves who is racist, what is racist, and why we actually think it is racist. Nowadays, the number of Asian models has increased, and hopefully this is not simply a trend, but an advancement for more diversity in the world of fashion. The conclusion of this study shows us that Asian models are in large part, ironically enough, underrepresented in the Asian fashion industry more than in others. This leads us to question if Western companies could really be considered racist for the percentage of Asian models they book not representing their revenues in Asian countries. The demand for Caucasian models is in fact higher than for Asian models in Asia itself, yet the Asian market is seemingly free of criticism despite their substantially low number of autochthonous models. We could say that the fashion industry is not racist if we consider the obvious fact of the relationship between Asia and white models. In the end, fashion companies are also entitled to have freedom of choice to enlist whomever they believe represents their brands best, regardless of race. To mention a few very successful moments for black models: during the 80’s and 90’s there was a high demand for black models like Mounia, muse of Yves Saint Laurent, Billie Blaire who was one of the top paid runway models during the ‘70s and ‘80s, Iman, Katoucha Niane known as “The Black Princess”, Rebecca Ayoka, Tyra Banks and many more. They walked the catwalks for big names such as Yves Saint Lauren, Christian Dior, Christian Lacroix, Thierry Mugler, Geoffrey Beene, Oscar de la Renta, and Calvin Klein. Donyale Luna was one of the first black models to appear on the cover of British Vogue even before Naomi Campbell. Beverly Johnson was the first African-American model to grace the cover of American Vogue back in August of 1974. Waris Direi appeared in ads for Chanel, Levi’s, L’Oreal, and Revlon, while Kiara Kabukuro, an American fashion model of Ugandan descent, appeared in ads for 17 | loveFMD.com 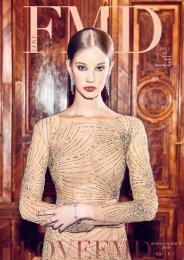 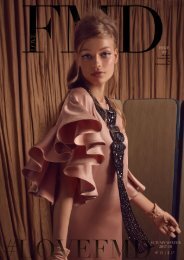 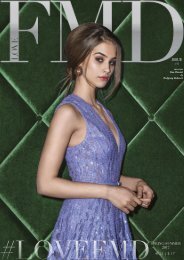 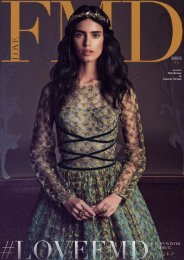 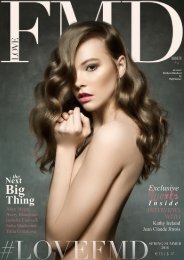 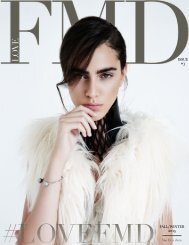 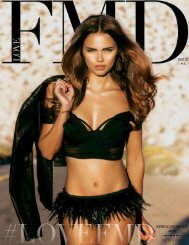 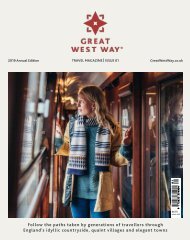 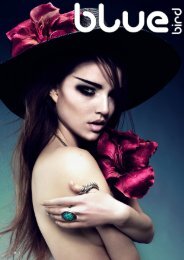 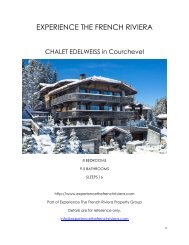