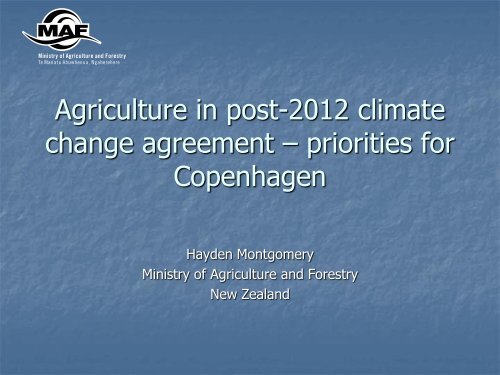 Ministry of Agriculture and Forestry

To feed an increasing global population

while contributing significantly to overall

into Annex I targets

• LULUCF - land use, land use change and

voluntary component of Annex I

• Agriculture is significant source of GHGs

• Agriculture is approx 14% of global emissions - comparable to transport

30%, also many of the world’s degraded lands are in developing countries

Unlike other sectors: top 20 emitters include:

and most vulnerable countries

• “…to ensure that food production is not threatened…”

• “…cover all relevant sources, sinks and reservoirs of greenhouse gases

and adaptation, and comprise all economic sectors…”

• “Promote and cooperate in the development…technologies….in all

• LULUCF - land use, land use change and forestry (carbon stocks in

• CDM – agriculture is eligible, LULUCF limited to afforestation only

Why does agriculture need to be

• Need an explicit reference to agriculture in agreement

rather than implicitly assumed to be part of overall

mitigation in the agriculture sector – adoption of existing

• Need to scale up investment in research and

• Shape of overall agreement unclear at this point

• How to guarantee agriculture is dealt with adequately?

from deforestation and forest degradation in developing countries; and the role of

• need disaggregated estimates or mitigation will be in direct 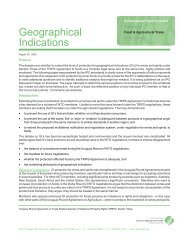 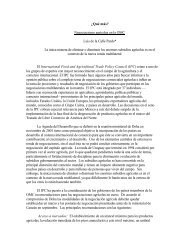 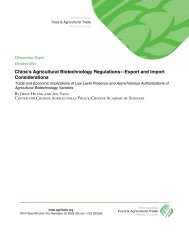 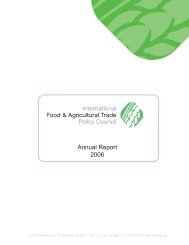 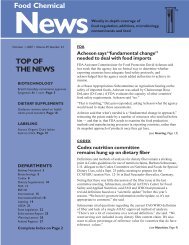 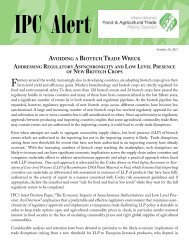 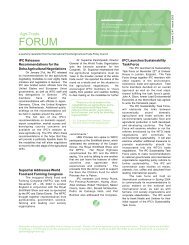 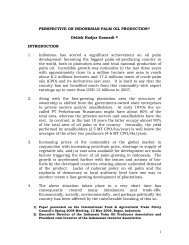 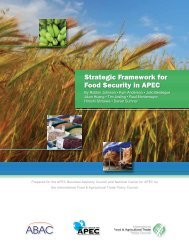 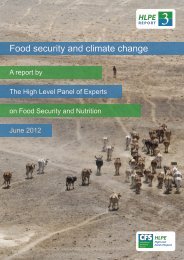 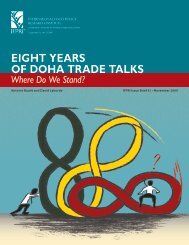 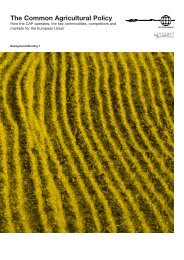 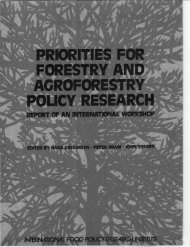 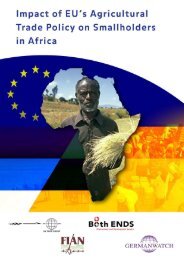 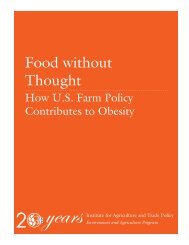