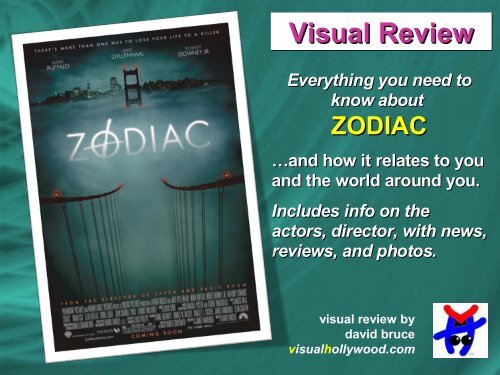 Everything you need to

…and how it relates to you

and the world around you.

Includes info on the

It is the ultimate

The rampage of a madman who has never been caught; the elusive cipher

slayer who gripped the nation in fear, America’s very own Jack the Ripper. He

with seven, five dead. The true body count may never be known. One thing is

certain: That count includes the living.

The Cinematic Arts Have

the Power to Transform

made his feature film

winner of an Academy

nominations, is one of

the most prolific and

optioned the rights to

Zodiac and wrote the

on spec – a gamble that

paid off with only three

produced scripts to his

Known in the mid to late nineties for her status

as a fashion impresario and "it girl," with over a

Sevigny also stands out as one of the most

weekend trips into nearby New York City in her

teens as an important early saving grace from

her super rich and stuffy hometown. It was on

one such trip at the age of eighteen, that

Sevigny was spotted on the street by a fashion

editor for Sassy magazine. And so began her

appearances was in 2001's cult hit

Donnie Darko, in which he played a

troubled teenager. In the 2004

blockbuster The Day After Tomorrow,

he portrayed a student caught in a

played against type as an angry Marine

he won critical acclaim as a "gay

cowboy" in the controversial, but highly

Gyllenhaal has taken an activist role in

Actors help us: laugh, be happy,

cry, get angry, and even think.

Can there be any better gifts

Inspired by the film, Butch Cassidy and the

the age of eight with an 8 mm camera.

Filmmaking seemed the perfect outlet for a

kid who could spend all day drawing and

and doing other hands-on work for John

Korty's Korty Films. He next got a job at

Industrial Light and Magic in 1980 with his

first screen credit being for Return of the

for artists such as Madonna, Jody Watley,

number of other music video directors, he

then moved into film.

letters for decades. Hunting down the hunter would become an

obsession for four men, an obsession that would turn them into ghosts of

their former selves, their lives built and destroyed by the killer’s endless

Of the four, Robert Graysmith (Jake Gyllenhaal) was the wild card.

A shy editorial cartoonist, Graysmith didn’t have the cache and expertise

What he did have was a crucial insight no one anticipated. It first

A crudely written Letter to the Editor arrived in the day’s pile of mail. One of

three penned to the Chronicle, the San Francisco Examiner and the Vallejo

Times-Herald, its contents brought the newsrooms to a standstill. “Dear

Editor, This is the murderer…” of David Faraday and Betty Lou Jensen, and

of Darlene Ferrin and the attempted murder of Mike Mageau. He didn’t call

them by name, but he gave a laundry list of details only the police could

Zodiac inadvertently had turned detectives Toschi and Armstrong and

reporter Avery into overnight celebrities. Characters based on Toschi would

remained committed to his armchair sleuthing from the sidelines, injecting

his input when Avery would allow. Zodiac was always one step ahead,

covering his tracks, peppering his lettered taunts with more threats. And

then they became personal.

Infamy would eclipse fame as Toschi fell from grace; Armstrong,

frustrated moved on; Avery left the paper, crippled by his addictions.

Zodiac would no longer reveal his targets. Copycats sprang up coast to

coast. The key suspect was still out there. Graysmith’s moment had

come. That moment would change their lives forever.

director David Fincher, then 7, was

spellbound by the invisible

monster known only as the Zodiac.

He was the ultimate bogey man.

“If you grew up there, at that time, you

had this childhood fear that you kind

of insinuated yourself into it. What if it

was our bus What if he showed up in

our neighborhood You create even

more drama about it when you’re a kid

because that is what kids do. I grew up

in Marin and now I know the

geography of where the crimes took

place, but when you’re in grade

school, children don’t think about that.

They think, `He’s going to show up at

THE IMPORTANCE OF FEAR

“Fear is a question:

What are you afraid of, and why

Just as the seed of health is in

information, your fears are a

treasure house of self-knowledge if

The movie holds you in its grip from

A+ Zodiac never veers from its

yet it begins to take on the quality of a

Art is the Language of

Jake Gyllenhaal observes, “I think what is most

interesting about this story is that when something

like this happens there’s mass hysteria. And then it’s

also have so much red tape to go through, all the

jurisdiction. Robert, a sort of regular person off the

street, doesn’t have to get a warrant for this, or

Even though I can appreciate experts, professionals

and, yes, huge organization. The truth is, however,

that it is the outsider –the regular person, like Robert

Graysmith - who gives us our best innovations. Too

often we give our so-called “experts” more than we

should. Organized business is never as innovative

as the independent entrepreneur. The system did

not trust Graysmith as it should and everyone lost.

Bottom line: Give place to the innovator, to the

regular person, to yourself, and never give your soul

“Remember that fear always lurks behind

and allowing yourself the right to be

human can, paradoxically, make you a far

has nothing to do with how

many R&D dollars you have. When Apple

came up with the Mac, IBM was spending

about money. It's about the people you

have, how you're led, and how much you

“Human salvation lies in the hands of the

that was created without the use of either

David Fincher decided to use the digital

Thomson Viper to shoot the film. This will

be the first time the camera has been

used to shoot an entire film.

Michael Mann's Miami Vice, as well as his

production of Paramount and its current

sister studio DreamWorks, and which also

the camera but mixed in other formats.

Once shot on Viper cam the files were

converted to DVCPro HD 1080i and edited

Returns or Apocalypto recorded to the

WHY MOVIES ARE SO IMPORTANT

"The meaning of life is the most urgent of

To Restrict Creativity is

to Restrict the very

Nature of the Creator

In “Movies and the Meaning of Life” author Kimberly

Blessing points out that movies can help us reflect

on five of life’s most important questions:

1) What is reality and how can I know it

2) How can I find my true identity

3) What the significance of my interactions with

4) What’s the point of my life

5) How ought I to live my life

The idea behind Visual Hollywood is that Movies can

and must play an essential role helping us explore

the meaning of our existence and our life together.

No other quest is more necessary or important.

meaning, and can contribute to a peaceful world.

Cinematic story telling can be a transforming event.

to life. We celebrate

We use movies and the

arts as a means of

our collective relation to

the world around us.

Our basic quest is:

means to be human in

2. The pursuit of human

-ShareAlike 2.5 License. You may display this work

on your own site. You are free: to copy, distribute,

display under the following conditions:

All film stills, trailers, video clips and trademarks are the property of their respective owners

and may not be reproduced for any reason whatsoever.

This review is © 2006 David Bruce. All rights reserved. "Visual Hollywood " is a trademark

<strong>Visual</strong> <strong>Review</strong> Everything you need to know about ZODIAC …and how it relates to you and the world around you. Includes info on the actors, director, with news, reviews, and photos. visual review by david bruce visualhollywood.com 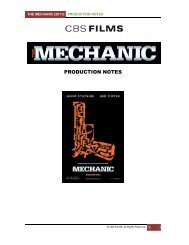 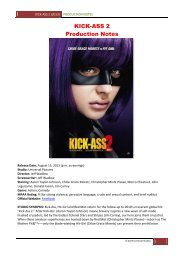 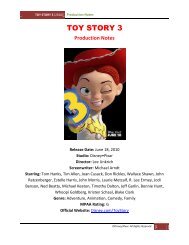 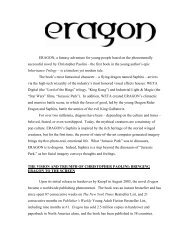 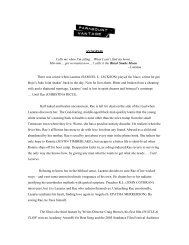 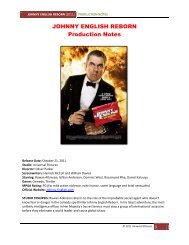 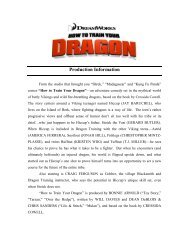 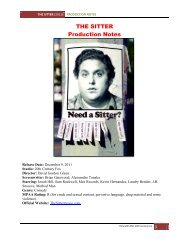 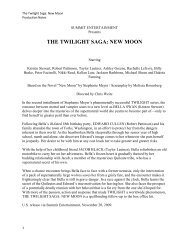 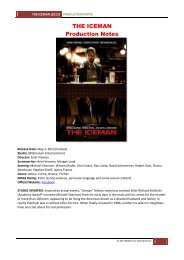 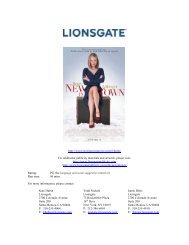 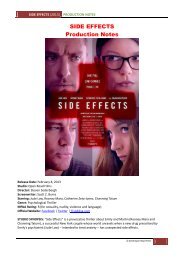 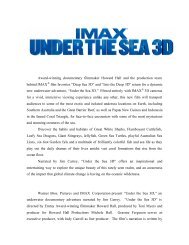 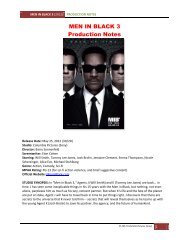