New Crop from Your Farm or

• Climate change and our nation’s reaction is in the

Farmers Union are major aggregators for the CCX

• It is estimated that U.S. agriculture could

future value of agricultural offsets at up to $20

• Agriculture could be the “bridge” to climate

stabilization in the coming years at a much

cheaper cost than some of the big technology ideas

• Carbon sequestration can be defined as the capture and

secure storage of carbon that would otherwise be emitted

to or remain in the atmosphere.

• What are Carbon Credits

activities from reaching the atmosphere by capturing and diverting

them to secure storage.

(2) Removal of carbon from the atmosphere by various means and

• Decreases the energy requirement for

An acre of land could produce:

• Income from the sale of a grain crop

• Income from a government crop subsidy

• Income from the lease or sale of minerals

• Income from the wind development rights

• Income from the storage of carbon

• Forestry offsets (1.5-7 tons per acre annually) (Available in all

• Restoring wetlands (not approved yet and maybe won’t be anytime

What’s It All Worth

farmers in the first

and will range from

deadline for no-till and

additional dollars to be

What’s It Worth to Me

• No-till, Strip-till, and alfalfa in central and

northwestern Minnesota at .4 tons is about

• All carbon contracts specify only tons, and the

price is determined at the time of each year’ sale

of the pooled credits.

• Central and eastern US has several zones ranging

from .2 tons to .6 ton per acre annually. Minnesota

eligible area was expanded in April to all of the

• Similar restrictions as previously with limits on

• Ridge Till is not permitted, even though some

aggregators allowed this earlier. Strip till is

permitted with less than third of surface area

• Has to be continuous no-till or strip-till in the

same field, not rotations to different parts of the

• Only one contract for all areas and only one

descriptions by text version in all states, and

• General rule of thumb: direct seeding with no more than

• Strip till is allowed with no more than 30% soil

• Disc type openers in most any row spacing are least

disturbance, but are not required.

• Trees have to be planted (not native stands)

• In initial applications, we estimate the rate

• Sample contract and worksheets on nfu.org

• Carbon credits are earned for the capture of

• Each ton of methane captured earns 18 tons of

carbon dioxide credits which can be sold on CCX.

• Estimate at today’s carbon price about $30 per

dairy cow, additional revenue if methane can be

• Projects can be anywhere in US.

How Do I Get Into This

Soils Offsets (No Till and Grass)

into the on-line database.

How Do I Get Into This

• Enter data on the worksheets as accurately as

• Send worksheets and other required materials to

• We will estimate the rate and proposed contract

• Depending on number of contracts, may have

• CCX randomly selects at least10% of our contracts for

• This is crucial to our program. We have to have the

• Without this step, buyers will question the purchase of

agricultural offsets, and the whole system of “cap and

Conservation Districts for verification of 104,000 acres in our carbon

• Other states have completed verifications by various private companies

and soil conservation districts. (Overall results good, but some

many producers to feel it was not worth the effort to enroll, but the $3-

• US political climate and concern for environmental issues will

determine success of this project

• There are millions of acres of cropland, rangeland, forests and

wetlands in the US, and relatively few are managed for carbon

sequestration objectives as of now. Farm bill and other considerations

will determine how many acres will fit carbon credits programs.

• Realistically, even if we could achieve enough income to pay real

estate taxes, that would be a huge impact to rural economies. ($3-10

• Other farm groups will see this as another threat to

property rights (no easements, no recordings)

• While general public has been shown to support reducing

greenhouse gas emissions, many individuals see this as a

• Coal fired energy industry and to some extent rural electric

but are planning to adapt to coming cap and trade plans.

• Fear of selling credits now when they may be worth more

later (credits are priced in the future)

• As we add more eligible territory for soils offsets, range

management, and forestry, we plan to make the on-line

• We are working with our programmer to have an on-line

will automatically add to the database. The initial trial

version on this is up and running for North Dakota.

(Leaps tall stubble in a single bound! Sequesters carbon with his bare hands! Carbon bullets bounce off his impenetrable skin. When he passes gas it of course contains no

methane!!! He's Carbon Man!!! Raised by a farm family from western North Dakota, most of his days are spent as the meek and mild mannered Farm Economist Dale Enerson. But

when the need arises, he ducks into a nearby VW Beetle and emerges that hero of heroes Carbon Man!!! ) 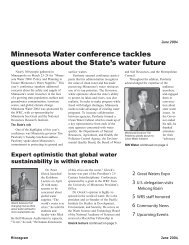 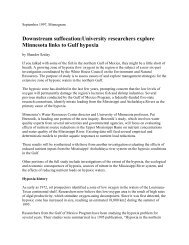 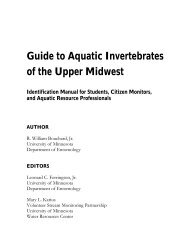 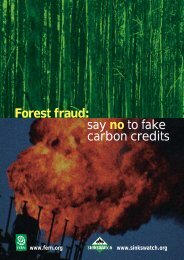 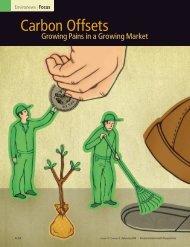