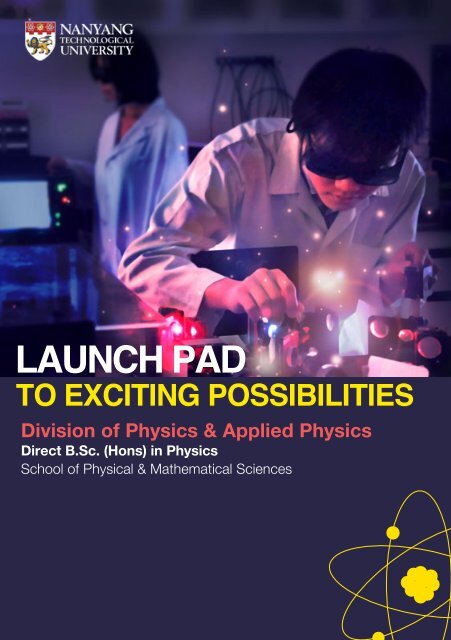 what some of our graduates are doing now

“My favourite part in Physics and Applied

Physics (PAP) was that I was involved in

undergraduate research projects since my

early second year. This allowed me to learn

the electronics and programming interfaces

from scratch. The involvement in cutting edge

physics projects and the dedicated

mentorship of three professors over the years

played an important part in my learning and

shaping of my perspectives.”

“My time spent in Physics and Applied

Physics (PAP) was the most character

shaping chapter of my life. This was a period

of time I can now look back upon and

conclude that it was the best time of my life

thus far. I toiled at the rigorous academic

workload, trained up my experimental

befriended the administrative staff, had

tea-breaks with professors, guided many

juniors, gritted my teeth through the final

year project, and finally here I stand, a proud

graduate. I would not trade my time spent

here for anything else.”

ample opportunities to engage in research

work from their early undergraduate years.

For those planning to pursue a postgraduate

degree or research career, these experiences

are extremely useful. The most memorable

times I had in PAP was while doing my final

year project. I later went on to present the

results at the International Conference on

Materials for Advanced Technologies and

had a journal publication on it as well.”

to give our soldiers the best eyes in the

battlefield. Although there was a lot to learn

on the job, my four years in PAP has given

professors in PAP would warmly open their

them for research projects. This allowed

me to explore research as a career and

Physics became more interesting as we

use in real life.”

Alumna | Member of Technical Staff at

what some of our graduates are doing now

“At Physics and Applied Physics (PAP),

I enjoyed the freedom to learn and was

fortunate to be closely supervised by a few

professors. My most memorable moments

include the countless number of lunch time

chit-chats with many different professors,

who invariably talk about their fascinating

stories and never fail to impress us or impart

a lesson in life.”

Alumnus | pursuing PhD at University of

“At Physics and Applied Physics, I have

been exposed to mainstream scientific

research. The approachable and friendly

for learning and building intellectual

confidence. At Physics and Applied

Physics, I built my first laser.”

pursuing PhD at MIT working on

“My four years at Physics and Applied

Physics (PAP) prepared me well for my role

as a research engineer in Robert Bosch

SEA and though the time spent studying

physics was difficult, tiring and frustrating,

it has developed my perseverance and

this helps me in solving scientific problems

that I encounter in my work.”

Some examples of career options for physics graduates

“My job involves sourcing, compiling and

by MOF in formulating government policies.

developments that may impact Singapore.

twisting problems in relativity and the abstract

in business and mathematics also broaden my

Associate (Economics) at Ministry of Finance

having a discussion on the application of

ultrafast laser spectroscopy to study the

in the ultra-cold physics laboratory.

my second year and was exposed to the

frontier of nanoscience and nanotechnology.

I developed a novel methodology to prepare

nanowires and studied their unique physical

increasingly apparent. Thus far, I have

and the article was featured on the cover of

In PAP, we host renowned visiting

Our proximity to the Institute of

also allows our students to have

opportunities to interact with

Study of physics through

Contributed by A T Phan

structure of a new

Cavitation within a droplet.

Featured in Wired and

southern tip of the Malay Peninsula and Singapore

(with the zero contour in magenta) represent the

absolute vorticity (a measure of local rotation) in

by a combination of laser cooling

Poincare section of a chaotic

KAM islands amidst a chaotic sea.

At NTU Physics and Applied Physics, our research

covers both the technological and the theoretical

realms of Physics; we construct tiny nanostructures by

markets; chilling to near absolute zero, we can generate

an `army’ of gaseous atoms moving in unison…in selected

solids, we experiment to find the right conditions to

produce exotic states of matter which may have

technological applications…we study the behaviour and

many applications of empty bubbles in liquids such as

of medical drugs…we also research on the living -

dynamics and structure of the complex DNA; …the list

building a laser system when she was in

graduation, she started working at

polymers that are useful

“IIn the Division of Physics and Applied Physics

Acting Head of Division (with students

“Physics is exciting and physics at

NTU is a great and rewarding adventure.”

An opportunity to play a game of ping pong with

Chern Han (right) having a discussion with

Laureate Meeting in 2010. Chern Han is one

of the ten students selected from universities

in ASEAN to attend. That year, Singapore

universities had two representatives, both

from School of Physical and Mathematical

There are many opportunities for

students to go abroad for exchange

programs, attend workshops and even

Whei Yeap on an exchange program in

McMaster University in Canada – he also

had the chance to visit many US and

Canadian cities during the five months there.

internship at CERN where the Large Hadron

“In CERN, Physicists are on the quest of

understanding the most fundamental building

blocks of our universe – answering questions

such as why is there mass; are there higher

“I enjoy studying in PAP ever since

I enter NTU. The courses are very

interesting and my passion towards

physics had been greatly increased.

The professors, lecturers and tutors I

had met are nice and approachable. I

can ask for advices whenever I need

them. At the end of my first year, I

had joined a research group under

one of my professors. Throughout the

research, I gained a lot of knowledge

and experience. After one year in PAP,

I know that I have chosen the right

path for my future.”

“My experience in PAP has been truly

enriching. There are many knowledgeable

lecturers and tutors that constantly provide

guidance and enlightenment in not only

concepts about physics, but also about

concepts in life. Over the past one year, I’ve

gained a great deal of confidence in my own

abilities to adapt and succeed.” 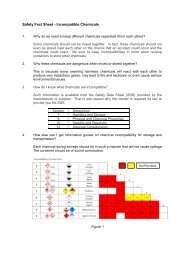 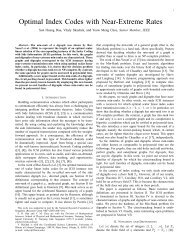 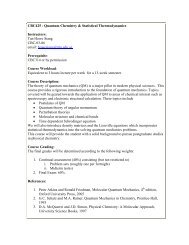 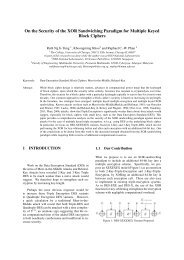 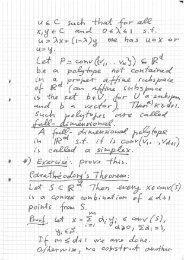 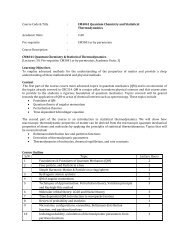 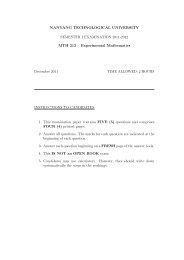 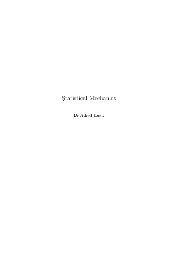 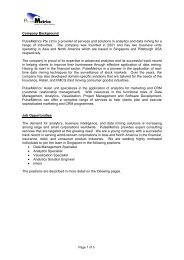 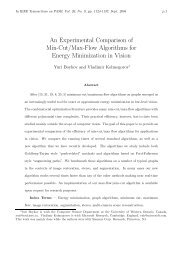 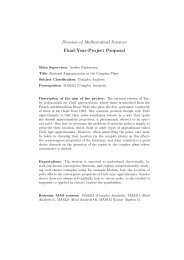 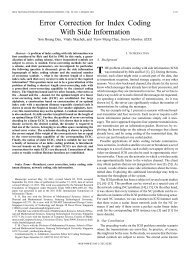 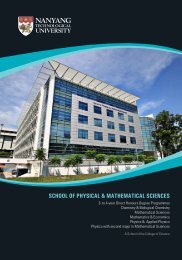 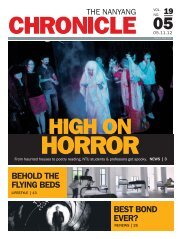 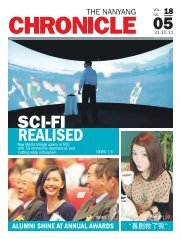 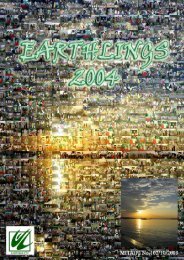 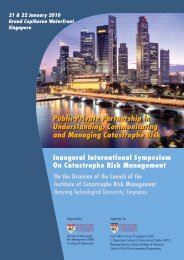 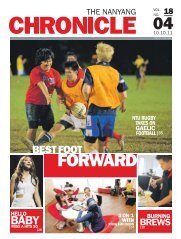 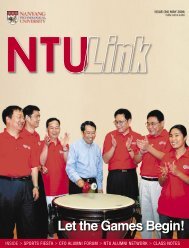 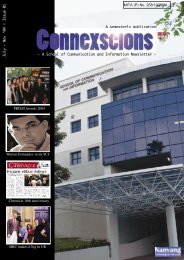 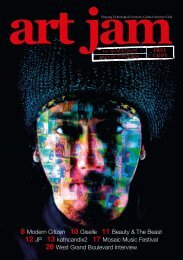