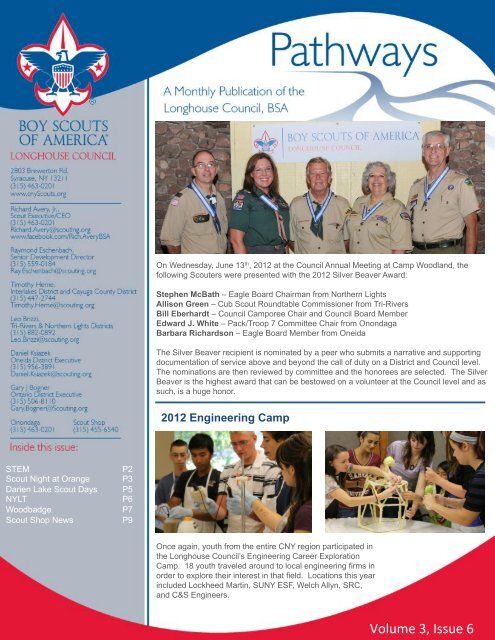 On Wednesday, June 13 th , 2012 at the Council Annual Meeting at Camp Woodland, the

following Scouters were presented with the 2012 Silver Beaver Award:

documentation of service above and beyond the call of duty on a District and Council level.

The nominations are then reviewed by committee and the honorees are selected. The Silver

such, is a huge honor.

Once again, youth from the entire CNY region participated in

Camp. 18 youth traveled around to local engineering firms in

order to explore their interest in that field. Locations this year

STEM (Science, Technology, Engineering and Mathematics), is a part of an initiative

programs. From archery to welding, Scouts will be able to enjoy a wide range of

STEM-related activities. The Nova Award has been developed by the BSA so youth

members who participate in these STEM related activities can receive recognition.

Shop ($2.99, includes requirements and guide for Counselors) and online. For more

information, the below link is out temporary page for our Scouts.

year. One is in the western Catskills which is near the Onteora Scout Reservation, in

Friday night) will be held at the Onteora Scout Reservation, Livingston, Manor with a

late afternoon, October 18 th through Sunday lunch, October 21 st will be held at the

the Susquehanna River) with a course fee $235.

unit programs. We have several folks signed up for each course but space is

Scout Night with the Orange

The Longhouse Council invites all Scouts, parents, family, and friends to the First

the Carrier Dome. The game will be played against Big East rival Pittsburgh in the

Orange’s Big East Opener, and will be televised nationwide on ESPN. In what could

be Syracuse University’s last football season in the Big East, this is a game you

(normally priced at $29), which will include a 300-level corner ticket plus a

level corner tickets for only $21 per person (normally priced at $29).

Syracuse Athletics expects there to be more than 1,000 Scouts, family, and friends

in attendance, so in order to get the best seat locations, it’s recommended that you

fill out your order today. To reserve your spot at the game, click HERE. Order forms

Council Scout Office. Ticket packages will be available for pick-up on the day of the

game, October 5 th , starting at 8:30am under the purchaser’s name.

The deadline to order tickets with an included patch is Friday, September 14 th at

4:30pm. The Troop or Pack that sells the most tickets by September 14 th will

team comes onto the field. All orders processed after Friday, September 14 th will

only include a discounted ticket to the game. All Scouts in attendance are

encouraged to wear their uniforms to the Carrier Dome as well.

All orders should be sent to:

Been wondering where to get that advanced Leadership training that

YOU and your YOUTH want

Well here it is!!

Longhouse Council is conducting an NYLT course in 2012

This will be a 2 weekend course held at Camp Woodland in Constantia, NY

Venturers who are between 14-20 years old

Help yourself, your unit, and the entire Scouting Movement.

Ensure your unit is represented in this course.

More information will be provide at the January Roundtable

South of the Mattydale Exit of Rt. 81

In the Kmart Plaza opposite Northern Lights Mall

We are a fully stocked Boy Scouts of America National Store

conveniently located in the same building as the Longhouse

Welcome to summer at the Syracuse Scout Shop !!!!

Hot Dogs and Hamburgers may be purchased before play.

Proceeds to benefit the Cayuga County - Boy Scouts of America

Please mail this form with payment to:

Brought to you by the William Hillcourt Scout Museum

Camp Vigor was a camp operated by the St. Lawrence Council, Boy Scouts of America. The

council was located in St Lawrence County, New York and was responsible for scouting in

the entire county. Camp Vigor was the only camp operated by the council, but over the life of

the council Camp Vigor was located at two different places.

the village of Morristown on the St. Lawrence River. The land was purchased by a group of

prominent citizens, who wanted to ensure that the scouts of the Ogdensburg area had a

place to camp. They formed the Ogdensburg Council Holding Corporation on July 13, 1927,

the purpose of which was "...to purchase, lease and hold lands and buildings for the use of

the Ogdensburg Branch of the Boy Scouts of America, to exchange or sell lands or buildings

consent in writing thereto." The amount of capital stock was $7500.00. The number of shares

In 1942 the operations of the council were reviewed by Philip C. Manro, Deputy Regional

Executive. (Previously, Manro had been the Scout Executive of the Oswego County Council

from 1933 to March 1939.) His description of the camp follows: "Camp buildings consist of

as a trading post; a large dairy barn, now in disrepair, used some for storage; several small

Scouts and leaders; a small cottage on the river to the west of the site used by the Scout

Executive and his family." Manro also concluded that: "The possibilities of the site are

the St. Lawrence. Its possibilities as a base for Senior Scouting trips are unlimited."

However, Manro expressed the concern that since the council did not actually own the

property, improvements to the camp paid for by the council would not be owned by the

council. He felt the council therefore was not justified in spending council funds to improve

the camp. He suggested the council buy the camp from the Ogdensburg Council Holding

Corporation or seek and purchase another location for the camp.

On January 31, 1946 the council did in fact buy Camp Vigor from the Ogdensburg Council

Holding Corporation for the nominal consideration of $1.00.

Continued on Next Page

of scouts in the council. The camp could only hold 75 scouts per week during the summer,

Park that would make for an excellent camp. (The parcel of land was located in Parishville

Ogdensburg and 52 miles from Gouverneur.) So for the first time in its history the council in

1953 conducted a capital campaign seeking to raise $110,000 to purchase the property.

in the audit report, but both names were used interchangeably over the following years.

In 1965 another capital campaign was conducted to make improvements to Camp Vigor. The

summer, but not adequate for the 712 campers that camped during the summer of 1964.

In 1982 the St. Lawrence Council merged with the Jefferson-Lewis Council to form the

in 1982, during early merger talks, a decision was made to continue to operate both camps

and to see which one got the most use. The lesser used camp would then be turned into a

wilderness style camp. In the event that a camp would need to be sold, it should be the

camps was carried by a 18 to 10 vote. A committee was established to determine which

camp was to be sold. At the April 28, 1983 executive board meeting a motion to sell "Camp

The last summer camp to be held at Camp Vigor was the summer of 1983.

The camp was listed for sale at $150,000. The executive board, at its meeting on September

27, 1984 noted that a Richard and Fay Cambridge were interested in buying the camp for

offer to buy the camp. The decision was made to sell the camp to New York State for

A Moment in Scouting History

Brought to you by the William Hillcourt Scout Museum

Scouting officially began in the United States on February 8, 1910 when W. D.

Boyce incorporated the Boy Scouts of America. The scout program then started

growing rapidly across the United States.

On September 17, 1913 a meeting of 20 of Fulton's most prominent citizens was

America. There were already troops in existence, but it was felt that a local council

for oversight and promotion was needed. The following officers were duly elected:

treasurer. It was determined that the most important job in the council was that of

Scout Executive and a committee was appointed to seek an appropriate candidate.

Ten representatives from the city troops also attended this meeting. They

represented Troops 1, 2 ,3, 4, and 5. They were all enthusiastic in their support of

G. A. White, the Scout Executive of Syracuse, was present to speak about the

merits of Scouting. He offered as an example the scouts who voluntarily worked at

messenger and guide service, and assisted in policing the crowds in case of

The next meeting of the Council committee was scheduled for September 29. In the

meantime, President Lovejoy would appoint four men, who with the scout

commissioner, would give the scouts tests and examinations for scout rank and

<strong>Page</strong> 1 On Wednesday, June 13 th , <strong>2012</strong> at the Council Annual Meeting at Camp Woodland, the following Scouters were presented with the <strong>2012</strong> Silver Beaver Award: Stephen McBath – Eagle Board Chairman from Northern Lights Allison Green – Cub Scout Roundtable Commissioner from Tri-Rivers Bill Eberhardt – Council Camporee Chair and Council Board Member Edward J. White – Pack/Troop 7 Committee Chair from Onondaga Barbara Richardson – Eagle Board Member from Oneida The Silver Beaver recipient is nominated by a peer who submits a narrative and supporting documentation of service above and beyond the call of duty on a District and Council level. The nominations are then reviewed by committee and the honorees are selected. The Silver Beaver is the highest award that can be bestowed on a volunteer at the Council level and as such, is a huge honor. <strong>2012</strong> Engineering Camp STEM Scout Night at Orange Darien Lake Scout Days NYLT Woodbadge Scout Shop News P2 P3 P5 P6 P7 P9 Once again, youth from the entire CNY region participated in the Longhouse Council’s Engineering Career Exploration Camp. 18 youth traveled around to local engineering firms in order to explore their interest in that field. Locations this year included Lockheed Martin, SUNY ESF, Welch Allyn, SRC, and C&S Engineers. <strong>July</strong> <strong>May</strong> <strong>2012</strong> <strong>Volume</strong> 3, <strong>Issue</strong> 6 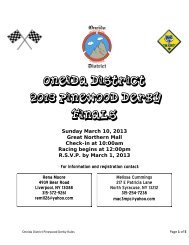 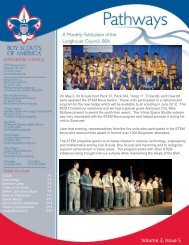 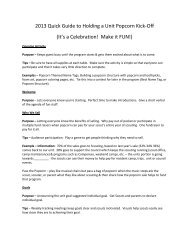 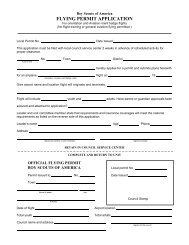 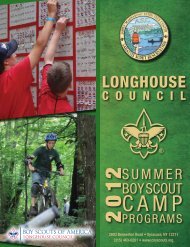 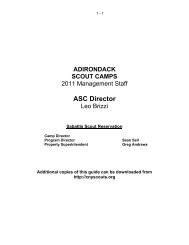 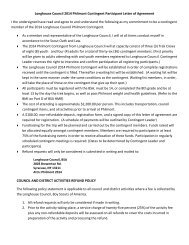 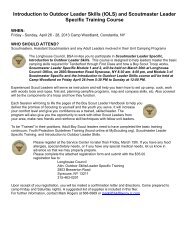 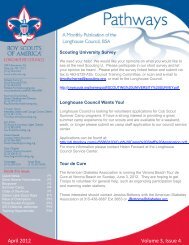 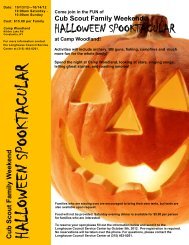 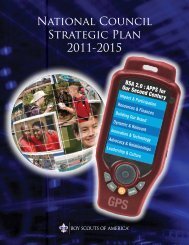 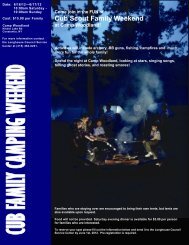 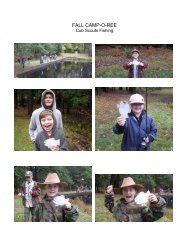 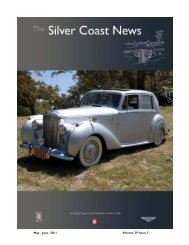 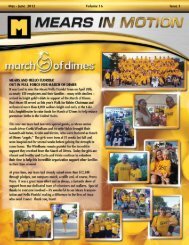 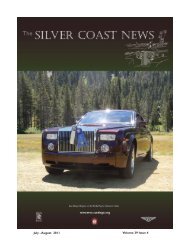 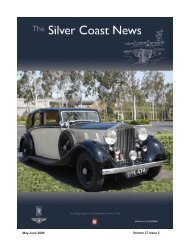 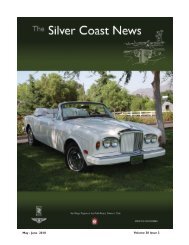 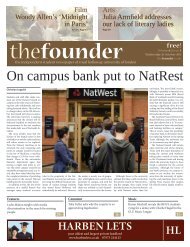 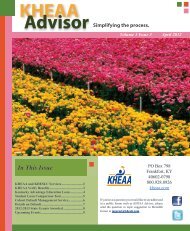 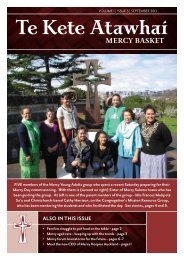 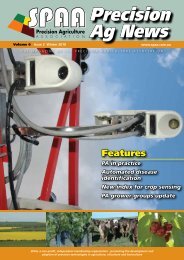 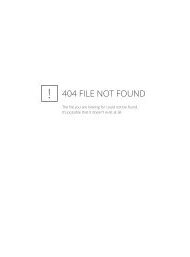 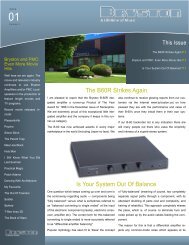 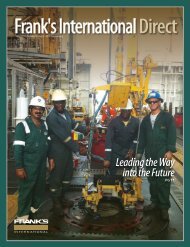 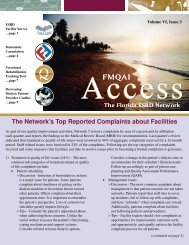