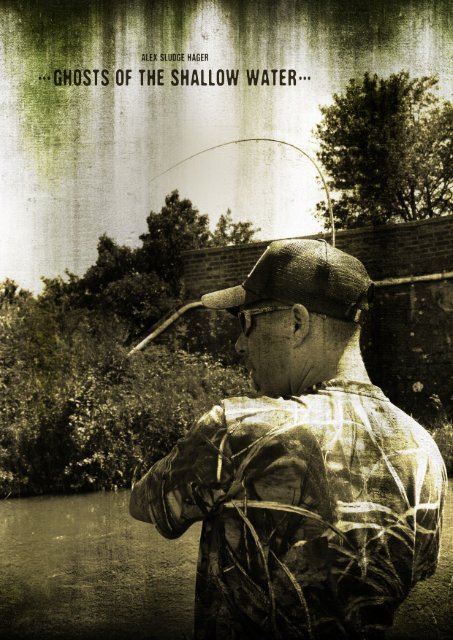 Ghosts of the shallow water.pdf

Silently and hypnotizing gurgles a small creek beneath my feet. Monotonous but still

the wave‘s motion. Some kind of magic such a flowing river can be. There comes an

abrubt reed which is sucked beneath a narrow point under the bridge, quickly accelerates

just to slow down shortly after and leaving my field of view. Any regular

humanoid creature wouldn‘t pay any attention to such a flowing brew. Passing by

some fish. But the devil is a hooker and I‘m one of his best clients.

This is nothing new...

something to get here. However dark tongues tell about this irrigation canal to hold

almost everything possible to catch. From barbel and chub to monstrous roach. Even

carp should be here. Since I‘ve been fishing almost only at stillwaters and got inspired

by the muses from time to time, I was ready to take this opportunity. Thanks to the two

season ticket for 2013. So today was the day and it was just me and my feeder rod. Armed

with a couple of maggots, 10mm Source boilies and some grain of maize I form up in

front at these new floods. Right at the first spot we had chosen I was able to catch a big

chub. I was certainly surprised about how fast I got the first fish out of the

water. Muahaha. That‘s right! What a start. The rumors about the richness

in fish of this inconspicuous creek seem to be true. After the row in this

maybe 60cm deep water was over, so was the appetite of our scaled fellows

and we decided to change out spot. So we put all our junk into the car and

moved on to the next one.

irregular intervals, such as bridges, embankments and steps do, giving a lot of good opportunities to catch

some fish. Unfortunately it didn‘t start of as well as before and I had to pull something out of my bag of

tricks again to get my desired bite. Those maggots took the piss out of me. So I quickly converted my feeder

rod, the cage got exchanged for a 45g lead, two grain of maize and again a 10mm Source marble pulled

onto a primitive miniature rig throwing close to the end of the curling waters. Additionally I threw in

some corn of maize and boilies into the current just to keep waiting. Simply following my inner senses.

the song of the bite from hell. A tough fight in the shallow and tight waters follows the beauty in my

landing net. The first juvenile barbel. Finally! Everything done right. For the next two hours we were

able to catch some more semi adult torpedos. This is what made my decision easy and I was sure to buy a

season ticket for the next year. It was over... I was rivetted...

Winter was coming and I was dying for 2013 to be here. To have the licence

Rica to -15°C in Vienna at the end of January. I should be able to fish there way

earlier than on my regular puddles covered with layers of ice. February was

dictated by ongoing iciness, snow, sub-zero temperatures and the yearly circus of

fairs. But there was only on thing on my mind: The creek. This flowing water

with all its hidden treasures. I‘m gonna score there. So we hit March and I was

a child‘s play. Since I caught a couple of chub and barbel without and previous

knowledge in autumn. Well .. it was no child‘s play indeed and after the first 8

no more than illusions. Damn! What was I expecting Of course .. going there and

catch something. What else. Otherwise I could have stayed at home and decapitate

some random virtual undead creatures. Well it just means I need to bleed just as on

my regular waters. I got used to it. 2 weeks later I was sitting at the canal with

was not able to catch anything too. Reality was oppressive - but this sharpens

your mind. At least I tried to convince myself that this is true. You have to

make it through these dark holes of despair somehow. In the mid of April

things got going on my favorite bush pond and so I put the canal aside. When

the time is right you have to stick to a spot. For sure it won‘t be like that

forever. My fortunate way led me from the urban jungle to my gravel pit and

I had to evade if want to get some fish. So it took the next opportunity to make

myself on the way to the canal.

in the shadow of a huge pile of rocksized stones. Unfortunately I miscalculated the position of the sun and

had to leave after only one hour as the temperature became unbearable. Blistering heat, not a slight

breeze, these huge rocks behind me and the dirt dropping of my chin. No point in setting up the umbrella

as the temperature below reaches 300°C in a minute melting your nut-sized brain. I‘ve had enough. I‘m such

an idiot but what am I going to do now I‘m doomed to vaporize with the yellow plague up in the sky. I have

two options. Either I go home or look a for spot with a more promising climatic environment. I choose the

grain of maize, groundbait - all your canal fisher heart can imagine. Surprisingly fast I found a good

spot close to an bottleneck with the perfect shadow and some deeper water. Some trees were hanging right

above the surface of the water giving a perfect spot. I‘ve got to score here.

nothing has to be like they tell in those smart books. It can‘t be true. Was it just a

coincidence last year Pure luck My ass! I don‘t want to drown in the downward

spiral so I started to rummage rather aimlessly through my bag. There has to

be something useful. And there it is. This small fat chubber float has actually

just been then with no purpose. Actually it was worth a try. Nothing to catch on

in the middle water not giving a damn about the trumpery below. But how am I

I used the chubber instead of the running cage, a stopper knot put together with

a feeder gum, a oval lead onto the leader and there we go with the small red

wiggler ready for a first attempt. This is gonna work somehow. I tell you. If you

keep your reel open and control the float´s speed with your finger, there is no

need for a centerpin reel. The feeder tip was for sure not the best choice for such

occasions but if you don‘t try you‘ll never know. The float is moving slowly with the

current towards the shady area. It will be right there. I feel it...

The moment the red tip leaves the sunny part it disappears and my fishing stick is bent. Can you believe

about the drill. My enemy rush towards me just below the branches and I‘m busy with the loose line. He

passes by upriver trying to evade. Oh boy what the hell is going on here Again my rod is bent and the

and evil. All this happening in a water not even 80cm deep. It‘s showtime! Though I‘m already concerned

about losing the fish facing this unexpected power. It couldn‘t be a roach or a chub. A fat barbel or carp.

Anything beyond is imagination.

channel yellow and put him on the mat. How great is that

A small and compact mirror who has shown his strength in

I don‘t need to point out that I kept on going with this strategy.

victims away. About an hour later I sent my chubber float going deep again and

caught the next volcano mirror. Another fight by hook or by crook which I was

able to win again. Two carps in one hour. All you have to do is to understand this

All learning from other rivers, creeks and still waters were useless here. It is just

the good old try and error method that works. Those underwater rats are shy and

very well. This day has proven to me again that even the smallest water can hold

its treasures. Fully satisfied I made myself on the way back at dusk knowing that

there can be a lot more waiting for me. Down there in the canals dark mud.

The rest of the summer I spent mostly working at

up her own business. The rare free weekends I used

to stay at my gravel pit to simply set my soul free.

Autumn was approaching and the desire for my

idyllic canal grew more and more. At all costs I

wanted to pilot something nice into my landing net.

I knew the chances are there. And this time I was

be cool but it‘s not always the best solution.

sun and not being burnt alive. With the reputed knowledge about the cautiousness of my fishy

chaps I was extra silent and not doing the same mistake again. Which mistake it was The last

into the water setting up my rig right in front. Well .. supposedly my steps so close to the bank

flushed all potential clients away. Due to the low water depth I wouldn‘t be surprised. So I‘m

not going to the same mistake again. I sat in the bridge‘s shadow throwing 20m downstream. I

used the slingshot to get the fodder right there not scaring away those timid creatures. To

bait and took three 10mm Source boilies. Not to mention without a feeder rod. After two hours

of throwing marbles into the water things started to get interesting again. It appeared from

trap. I want to again stress the fact that these fish in this shallow and tight canal develop

unexpected powers beyond imagination. I caught a lot of fish in many different waters but

what is actually happening here you would not believe unless you experienced it yourself. Even

I wasn‘t expecting anything close to this. The advantage I‘m having in this situation is the fact

that I can move along and not fully max out the distance.

What a wonderful golden carp was right there in front of me. YES! I couldn‘t believe it myself

what I was able to catch in this slow and tight canal. The colorful flock of my new groupies was

submarine back to the waters. Hehehe. Slowly I begin to understand. Ease and trickiness paired with

the will and courage to change seem to be a feasible recipe. Two hours later the mill was spinning

again and the next fishy trunk was caught. Not as big as the first one but having in mind the

circumstances it was still a highlight. It keeps being amazing what these unimposing waters can hold.

It doesn‘t need to be the biggest carp on earth that gives you the spirit of fishing. This is about more

trying things out and failing. To learn and be flexible to be successful. This is how I finished my

the creek is holding. When the next chapter from the ghosts of the shallow water will be written ... 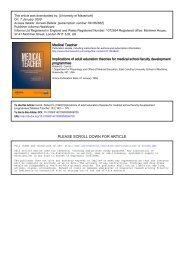 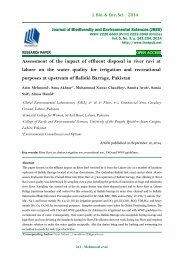 Magazine: Ghosts of the shallow water.pdf