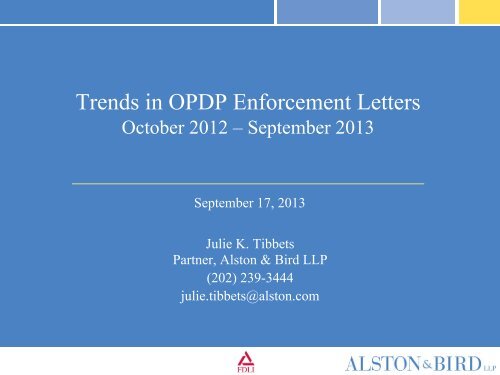 § 2 of OPDP’s Untitled Letters were for BLAs

Compared to prior years, downward trend in letters, especially in warning letters

summary relating to side effects, contraindications, and effectiveness

§ 21 USC 321(n) – misbranded labeling/advertising is determined not only

labeling (or as customarily used)

(or as customarily used)

in “greater scope, depth, or detail”; however, brief summary is met when risk information is

“comparable in depth and detail” to efficacy/safety information

substantial evidence, including by way of comparison to another drug or presentation of studies

showing no or minimal side effects compared to approved label

§ Fails to provide sufficient emphasis on side effects and contraindications

paragraphing, white space, and any other techniques apt to achieve emphasis.

Fails to provide adequate emphasis (e.g., by the use of color scheme, borders, headlines, or copy

§ OPDP Director stated in October 2012 that OPDP planned on

revising its 2009 draft guidance on presenting risk information in

revision or finalization of draft guidance

§ Has the draft guidance become a vehicle for applying advertising-specific

§ If so, has OPDP already been enforcing its draft guidance?

Examples from OPDP’s Letters (in Labeling)

Most frequently appearing in OPDP’s letters:

§ Contains a representation or suggestion, not approved or permitted for use in

the labeling, that a drug is better, more effective, useful in a broader range of

conditions or patients, or is safer than demonstrated by substantial evidence

§ Contains favorable information or conclusions from a study that is

inadequate in design, scope, or conduct to furnish significant support for

such information or conclusions

§ Uses statistical analyses and techniques on a retrospective basis to discover

and cite findings not soundly supported by the study, or to suggest

which are not amenable to formal statistical evaluations

§ Open-label study with no control group

§ Comparative claims where not all competitors were studied

§ Meta-analyses based on a literature review

§ “Promotion of an investigational new drug is prohibited under FDA

shall not represent in a promotional context that an investigational new

investigation or otherwise promote the drug.’”

§ Website presentation had a claim that CBT-1 “is” safe, well-tolerated

§ Some in industry still view these as non-promotional materials

§ 3 Untitled Letters (1 for an investigational product):

proprietary name was used in the press release headline)

suggesting drug is safer/more effective than has been demonstrated)

is safer/more effective than has been demonstrated; no risk information)

lice; one that doesn’t require nit combing to be effective. It’s called Natroba. It is a topical

medicine whose active ingredient is derived from a naturally occurring soil microbe. It is

– the most commonly used over the counter product.” – Natroba ® Video News Release

Inc. for a telephone script

of consumer understanding of composite scores in DTC advertising

Ltd. for a professional sales aid

of consumer understanding of benefit claims based on composite scores

§ Whether consumers are aware of how efficacy is measured for specific drugs;

§ How well consumers comprehend the concept of composite scores;

§ Whether exposure to DTC ads with composite scores influences consumers’

perceptions of a drug’s efficacy and risk; and

(TNSS) – sum of the patient or caregiver’s scoring of nasal congestion,

represent “a clear effect on any individual component of the TNSS”

symptoms, including nasal congestion, without an added decongestant

within 30 to 45 minutes!”; OPDP said PI Clinical Studies based on

TNSS scores and this claim implied Astepro ® is effective in the

treatment of the specific symptom of nasal congestion

§ Focus legal and regulatory resources on risk and data presentations

get equal time and attention in promotional materials during drafting

§ Few instances where OPDP issued letters in which risk and data

presentations did not warrant mention

or imply efficacy in underlying components of the score 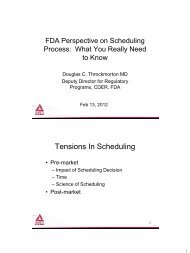 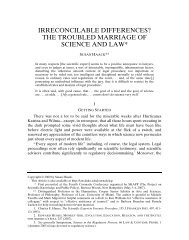 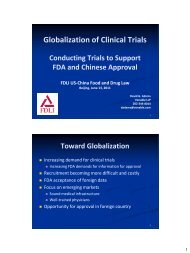 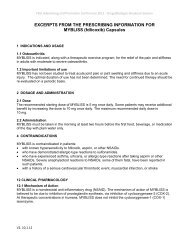 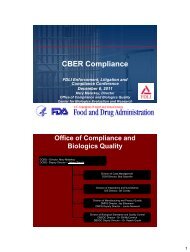 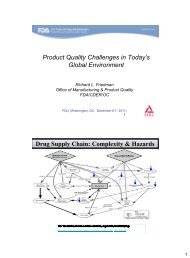 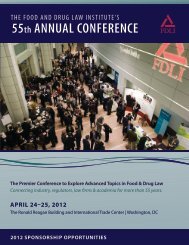 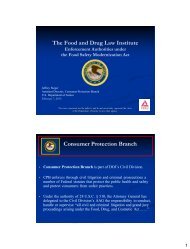 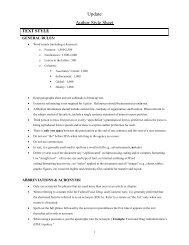 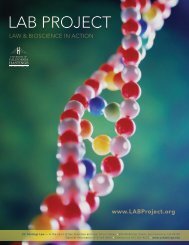 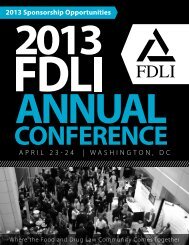 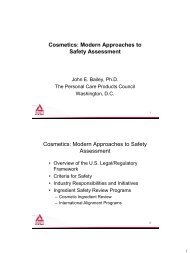 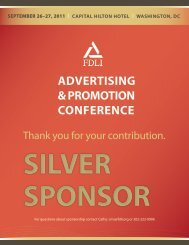 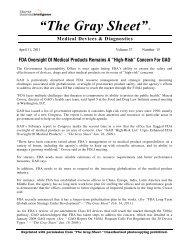 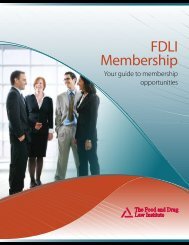 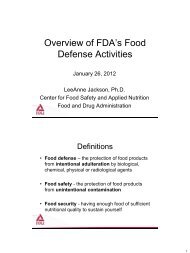 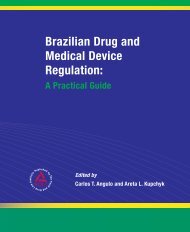 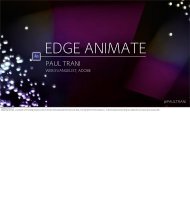 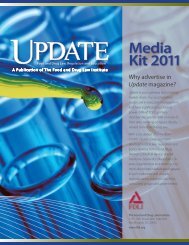 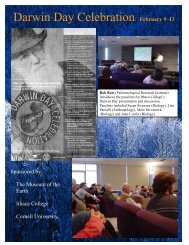 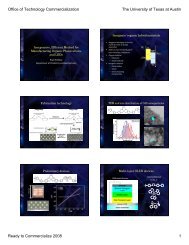