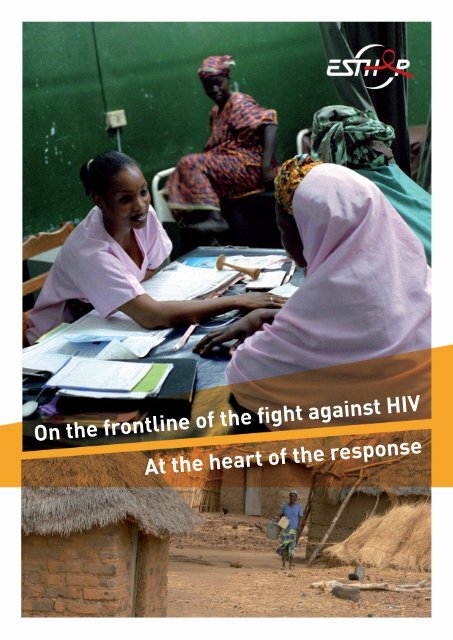 On the frontline of the fight against HIV

At the heart of the response

Esther, a solidarity based initiative

Built up on shared dynamics

ESTHER - Together for a Networked Hospital

Therapeutic Solidarity - contributes to the roll out

It aims to strengthen capacities in the fight

against HIV/AIDS and its associated infections in

From a French initiative...

The therapeutic solidarity initiative (ESTHER), founded on hospital twinnings and a transfer of skills for the

global care of PLWHIV, was launched in 2001.

and the Ministry of Labour, Employment and Health. ESTHER’s principles and programmes reflect the main thrust

of French policy on the international fight against AIDS: field action, presence and support,

medicines, setting decentralised cooperation in motion through hospital and town-hospital

Israël-Biet is the GIP ESTHER’s chair of the Board, Dr Gilles Raguin its Managing Director.

From its inception, GIP ESTHER adopted a

European dimension with the involvement

of Spain, Italy and Luxembourg. Germany,

members in 2004. The addition of Greece in

and Ireland in 2012 brought the number of

States participating in the ESTHER European

The Alliance has developed projects in

ESTHER works in partnership with the following international organisations: UNAIDS, UNICEF, UNODC and

UNITAID. Agreements have been signed, with the WHO, the Global Fund to fight AIDs, Tuberculosis and Malaria, the

A network: to build up strength

ESTHER bases its action on sharing experiences and

sites spread throughout the partner countries.

of new infections in

and reduce the number

and other national healthcare programmes

programmes and the implementation of national strategies and plans.

authorities. They receive ESTHER’s validation through its Project Examination Committee.

The unsatisfactory results obtained for MDG 4

against HIV/AIDS, malaria and other diseases)

compelled the international community to boost

its commitment and support to ensure these goals

the changing strategies, and developed a growing

On-going training at the heart of ESTHER’s

ESTHER works through its hospital twinnings and

in partnership with training teams to strengthen

the skills of state-employed and associative staff

in their care of and support for patients living with

of care, framed by referral centre mentoring of

is also a focus point of ESTHER’s operational

countries. It offers online training as top up

sessions to the training delivered on-site.

and care for persons infected by HIV/AIDS, and

bolster health systems at both hospital and

and groups at risk

ESTHER provides specific support to the most

specific programmes on their needs: orphans

and children at risk, prisoners, drug users and

The elimination of mother to child transmission

is a strategic priority for ESTHER. There are too

preventively; the figure must increase.

The early diagnosis and care of children is also

alignment with other components of mother

to bolstering the ties between care for HIV

infections and maternal, neonatal and newborn

society organisations. This implies dialogue on activities and programmes for associations in wealthier countries,

and support for care activities - notably the provision of information to PLWHIV, support for treatment observance

and psychological and social support for persons treated with ARVs - for those in partner countries.

Such support is largely provided by psychosocial counsellors or mediators. ESTHER helps to train these groups and

calls for professional recognition of their skills. Since its inception in 2002, ESTHER has contributed to the training

of/support for over 500 psychosocial counsellors/mediators. ESTHER lobbies for this new healthcare profession to

be accorded official status, as part of the task-shifting required to address the human resources crisis.

Monitoring and evaluating projects is of critical importance. From the outset of a project, specific monitoring

indicators are defined so as to measure progress.

for evaluation purposes (transmission and compilation of the cohort data at national level).

In partnership with the National AIDS Research

operational research with teams with global

spread, with the aim of improving intervention

The security of patients and healthcare workers

is a major issue in all countries. Every year,

ESTHER develops programmes for the accidental

exposure to blood and hospital hygiene as part of

In 2011, ESTHER also became involved in the

(APPS), in liaison with the WHO and the French

Minister of Health, based on European and African

Together for a Networked Hospital Therapeutic Solidarity

Design and layout: Atropine (www.atropine.fr). Photos : ESTHER. The use of photos of individuals should in no circumstances be interpreted as an indication of their health status. 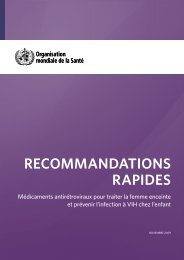 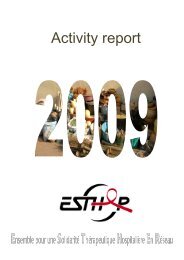 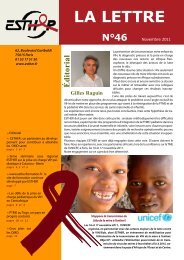 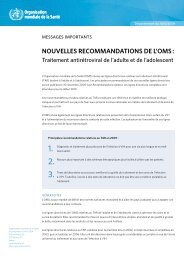 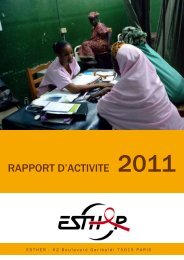 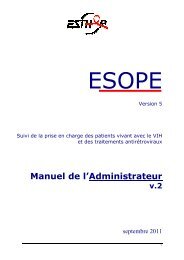 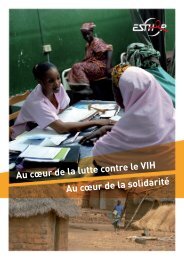 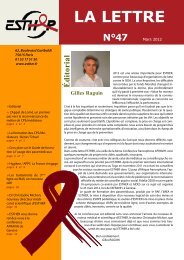 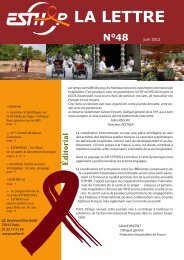 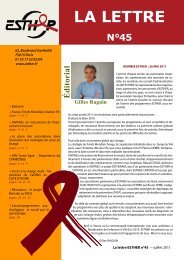 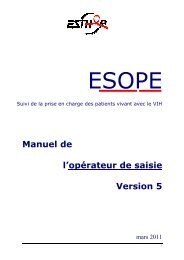 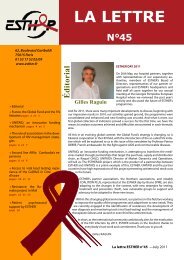 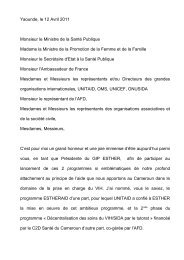 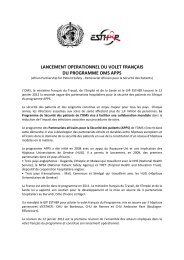 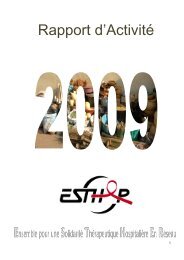 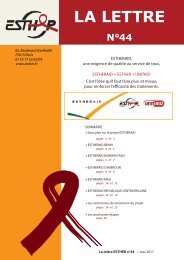 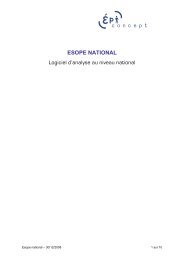 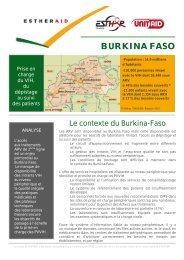 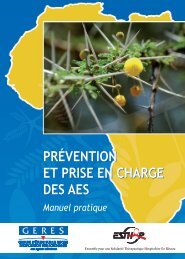