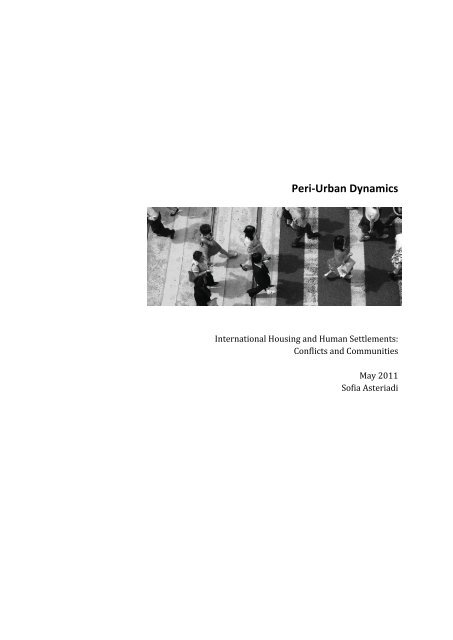 According to United Nations estimates, the global population will reach 7 billion this year. Twentyone

cities now hold more than 10 million people, and many more will join their ranks by midcentury

residents (Pacione,2009:3). The contemporary world becomes urban; and the trend is ongoing.

decades –in order to highlight few of the main causes and outcomes of urbanisation.

Economic forces are regarded as the dominant causes of urbanisation and urban change. Cities

have traditionally been poles of attraction due to the concentration of economic activity. These

vast agglomerations of businesses, people and activities, have always been offering opportunities

development. Furthermore, urbanisation is regarded to be a human need, including the need for

safety, social exchange and interaction; it is the impact of society to nature and surely proved to be

(Harvey,1996:186). Most importantly, even they do not often meet these expectations, urban

environments always hold out the promise of a better life (Kelley & Williamson,1984:8).

However, no matter how ‘natural’ they can be seen, there are social power-relations embedded

within urban environments, since their creation is socially, politically and economically mobilized

(Heynen et al, 2006: 6). The dramatic urban shift that is visible to varying degrees of both of the

developed and the developing world is based on multiple factors. One is the transition to

advanced capitalism, accompanied by an increasing globalisation of the economy

(Pacione,2009:4).This process is represented by the phenomena of peripheral urbanisation that

mainly characterise Third World cities and regions (Pacione,2009:11).These are also known as “the

urbanisation of poverty” and are mostly taking place in areas that are not rural or urban, but periurban.

live and are often classified as slums or informal settlements; a catigorisation that fails to explain

their long-term existence in the city fringe, often within a short distance from economically rich

instead of being stabilized as was initially estimated by the national Bureau of Statistics.

Interestingly, this was the result of an in-migration process followed by unevenly distributed

demographic growth. While in the centre of the city the population significantly declined, in periurban

suburbanization, where high and medium-income groups move outside the city to less dense

areas, the cause of the population explosion in this case, was the expansion of the existing poor

areas in the external ring of the city region.

Indeed, the most important municipalities of Sao Paulo - inhabited by the wealthier groups - lost

2007:207-209) there was an expectation that the negative growth rates would also reduce the

need for public investment. Nevertheless, the fast growth of the periphery [MAP 1] brought

intense demographic variations and a rather unsettling result. The demand for new infrastructure,

continuous extension of the public services and infrastructure network, even if the existing central

areas’ facilities were not used to their full potential anymore. In any case, the expensive and

crowded transportation system did not facilitate access for the communities living outside the city.

poverty. Yet, the environmental consequences of this kind of urban sprawl had a general impact.

happened where the population drop had been more significant. Housing units built by private

investors were only affordable to middle and high income population groups. There was no

provision of cost-effective apartments for low income families. Even small apartment projects were

sold as residential hotels, still not affordable for the poor. On the other hand, areas where

As a consequence, vast growth on the poor suburbs was accommodated by illegal settlements

and self-built houses. The evolution of an informal market arose within an already complex

arrangements, zoning and property rights. Just a small part of the city, continued to operate as

usual and private investment only took place in this ‘legal’ part. By 2007, illegal occupation

accounted for almost half (43%) of the population living in fast-growing peri-urban areas, being

one of the main processes inducing the strong rate of population growth. This high level of

infrastructure by the authorities, since it constituted a means to ‘justify’ limits imposed upon their

In addition, this unplanned urban expansion and land surface change put great stress on land and

water ecosystems of the Atlantic rainforest surrounding the city. A significant destruction of the

remaining forest greenbelt occurred, despite the restrictive environmental legislation. The

implications on the ecological balance have been severe, both in rural and urban areas;

indications, though, of the direct connection between urban growth and deforestation are not

The disruption of the city’s urban environment has been a combination of interrelated factors. Sao

corporations, a link between global and local economies of Latin America. Its economic dynamics,

supported by governmental initiatives, attracts industries and the services sector. All these

processes, both affecting and affected by urban growth, are also followed by multiple kinds of

City growth processes could be likened to a tangle of

knots; as it is not possible to be examined separately.

In a south-Asian city, Karachi, one of the most populous

city’s fridge, due to low land prices, concentrates a

middle of the last century when, after the partition of

moved to the city; by 1960 the increase was more than

1950s, a good proportion of the above crowd started

living on the tracks of the Karachi Circular Railway

(KRC), illegally occupying the land. According to Arif

Hasan (2009) the groups of refugees decided

collectively to shift onto railway property due to

conditions. The first settlements were either near a

water line, from where a connection was possible, or

close to the high and middle-income residential areas

Informal settlements occupy a big part of the railway property until today. The circular railway line

connects the five main employment centres of the city, wherein 45% of the jobs are concentrated.

What makes it more popular to the working class, though, is that it passes through middle and

high class areas that require domestic help. Yet, a great percentage of the railway land is taken up

by formal sector buildings such as banks, high-income residential projects, shopping malls and

factories. Being an important means of Karachi’s economic development, the government

introduced a plan in 1998 for upgrading and expanding the railway services, after a long period of

malfunction. For this to be done, though, about 20,000 households living in informal settlements

Over the years, vulnerable groups have organised and run formal organisations. Activists have

struggled to secure water, electricity, gas and telephone connections and most of all to acquire

ownership rights to the land on which they are living. Similarly, they organised to face the threat of

their eviction and cooperate with two Karachi based NGOs that support their initiative until today:

Almost one third of the world’s urban population (31.6%) lived in slums in 2001 according to the

UN (2003:23). Although slums are considered a physical manifestation of poverty and intra-city

Macroeconomic, industrial policies and related investments are the main drivers of city growth in

most of the fast-growing Third World cities, according to a UN Habitat analysis (2009). The

improvement of transport infrastructure is of the biggest contributors, too. As for the third most

HABITAT,2009).These initiatives are mostly driven by central governments and further

implemented by local authorities and the private sector. Through these processes national and

change in particular directions. That is why urban growth cannot be adequately understood if

Lately, there is a growing global concern about growth issues, as well as initiatives adopted by the

with environmental issues. There are also complemented policies that have to be made. As UN

slum upgrading is more effective that relocation of slum dwellers and should be the norm;

stock; public policies must be more inclusive and the public sector more accountable to all

The issue of urban growth is a contested field. Many analysts and policy makers claim that cities

are unable to cope with increased urban densities, environmental decay and the social overhead

Nevertheless, others see urbanisation as the natural outcome of economic development and city

growth as an average of raising living standards (Kelley & Williamson,1984:3). In any case, rapid

urbanisation is an indispensable part of today’s reality and evidently, even if governments often

implement policies to control it, urban capacity has always its way to regenerate growth.

Yet, modern reality poses a challenge to urban planners and researchers, as conventional solutions

and ideas are not adequate to address today's rapid urbanization. Solutions must be creative and

come from existing opportunities and initiatives that arise from each different context. They

the existing opportunities, as well as enabling and strengthening local initiatives and bridging

social gaps. Whatever are the outcomes of urbanisation and the challenges that have to be met,

cities grow because they work. Thus, they can be seen as active human ecosystems; and as such,

they need a strong coordination between their parts in order to survive.

and the Politics of Urban Metabolism, London: Routledge

environmental transformation in the city of Sao Paulo”, Paper prepared for the 2 nd ANPASS

Sanchez-Cuenca, Jordi (2011), “Planning in the Peri-Urban Interface: Beyond the Rural-Urban

Savchuk, Katia, (2011) “Interview: Should We Worry about a Global Population Explosion?” , in

UN HABITAT (2003), “KEY FINDINGS AND MESSAGES”, in THE CHALLENGE OF SLUMS:

UN HABITAT (2009), “Case Study: How governments are propelling urban growth”, in STATE OF 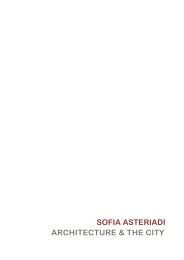 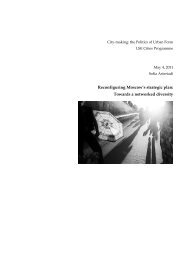 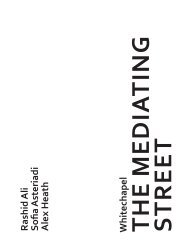 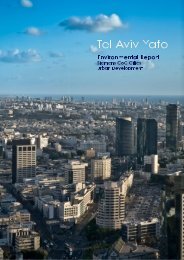