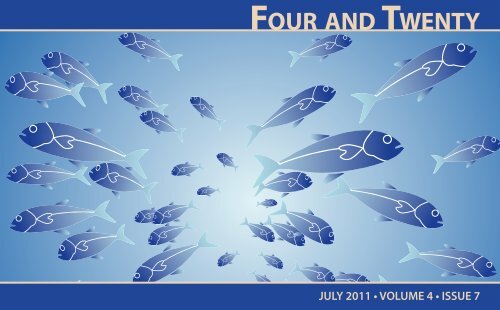 2. Mathematically from Seattle to Houston

9. Stargazing in the Country

19. Closure is a Neologism

We sit in the middle of small elephants

The secret, I know that they know.

Mathematically from Seattle to Houston

with vast math of waters past.

I found your scent in my fabrics,

Then stitched them together

And became among the things

Tangled in the loom.

Silverfishes wiggle over the range,

one dropped from the kitchen light

onto my arm, as I sliced bread.

I promise not to zoom in

much closer than this

She knows all about Plath,

Tolstoy and the Fall of Rome.

So much depends upon

a pair of shoes

sagging by the door.

Stargazing in the Country

The path through the woods

in this blackness is conjecture

but the stars have established

After the Black Hawk falls out of the sky,

Little Bird swoops down to pluck up

she scans the sky

one wisp of cloud

from some wetter place

His hands hold onto

This empty sheet of paper

With my longing for death

Was once a cotton seed

Robin’s eggs clutched in her nest

Unbroken in rubble of the tornado

Cornered by zippers in aged

Old bag next to crumbs

He runs. Makes no distance, but

in sloppy drops to water the infinite belt.

sing us your blonde song of woe

Every actor desires the role of Jesus;

if it’s taken, they will set their sights on the role of Judas.

Closure is a Neologism

Even though it’s been

Soil piled in a corner:

are invited to place their hands.

When just three I created

An image of God using

A bird nest which burned

When touched with a match

An old one enters life.

Wars among stars are forged.

torn at the knee, jeans

frayed, skin peeks out at the bend,

then moon walks away

All poems and artwork in this journal were published with permission. All rights belong to the authors

and artists, who attest to the originality of their works. Please do not reproduce poems or artwork

found in this journal without permission.

This month’s cover art is by Paulo Resende. Paulo is a photographer and illustrator from Portugal. | www.

Rachel Adams is a writer and editor living in Washington, DC. Her work has previously appeared in Blue

Damian Balassone is an Australian poet whose work has appeared in numerous publications, including

The Spirit of Pregnancy, and in her chapbooks Passionate Fem and The Bone Pile.

Darren Crawford is a freelance writer and a full-time poet and student. His work has been featured in several

editions of The Anthology, Winthrop University’s literary magazine, and in the curriculum of his community

Gabriel Gadfly is the author of Bone Fragments, a collection of war poetry forthcoming from 1889 Labs in late

July. Gabriel self-publishes most of his poetry on his website. | gabrielgadfly.com

Carrie Vestal Gilman resides in Yakima, Washington. She works as a mental health social worker for the

Department of Veterans Affairs. This is her first online publication.

Janlori Goldman received an MFA from Sarah Lawrence College and teaches at Columbia University. Her

and forthcoming in Contrary.

John Grey is an Australian-born poet, US resident since late seventies. He works as a financial systems analyst.

He has been recently published in Xavier Review, White Wall Review, and Writer’s Bloc with work upcoming in

Sharayah C. Hooper lives in Los Angeles, California, and has been published on the websites Collective

Banter and With Painted Words. She enjoys reading and writing and hopes someday to write a novel.

Christie Isler writes poetry and fiction in the Pacific Northwest. She has work published online, including

Jaime Lee Kirtz is a poet with degrees in Literature and Physics. She has been published by Pandora’s

Collective and the Poetry Institute of Canada. Her work is forthcoming in the anthology Emerge.

Nina E. Larsen has published work in Norway and New York, won a poetry contest in a national newspaper in

Norway, and holds an MA in French Literature from Sorbonne/Oslo University.

Justin Antonio Martinz is the co-author of Sighphen. Work from an upcoming Young Adult novel has

Records. He lives in Lawrence, Kansas.

John McKernan grew up in Nebraska and moved to West Virginia in 1967. He recently retired from herding

commas. He edits for ABZ Press. His most recent book is Resurrection of the Dust.

winner for non-fiction, her poetry will appear in Avocet. She compiled Seeds of… for Writers-in-the-Grove. |

Dallas Jones is a graduate of Lewis & Clark College. His other works can be found in Pindeldyboz and the

Portland Art Museum’s Art/Words. He is currently sloathing around Europe.

Kushal Poddar resides in the city of Kolkata, India. Apart from poetry, he has written fiction and scripts for

the March 2011 issue of Four and Twenty. She is an administrative assistant at British Columbia Teachers’

FrogPond, Lilliput Review, and others. He has been a Pushcart Prize nominee and a Nemerov Sonnet Award

Nancy Scott, author of four books of poetry, has been published extensively in print and online journals. She

is also the editor of U.S.1 Worksheets, the journal of the U.S.1 Poets’ Cooperative in New Jersey.

Herb Shallcross lives in Queens with his wonderful wife. His poems have been anthologized in In the Garden

of the Crow from Elektrik Milk Bath Press, and are forthcoming online at Apiary Magazine.