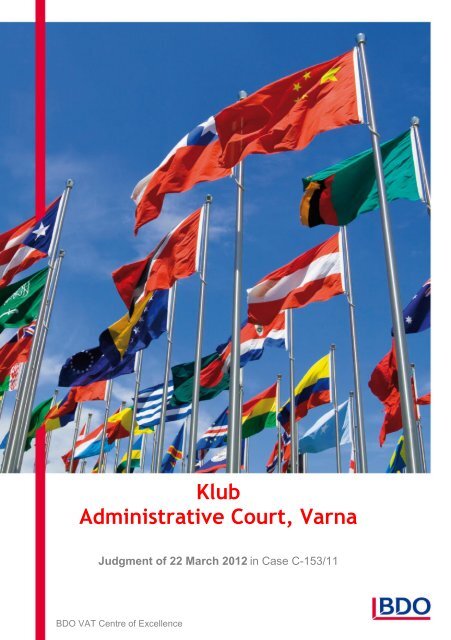 • Subject: Article 168(a): Right of a company to deduct the input VAT paid for the

Klub operates a hotel in the Bulgarian seaside resort of Varna.

In 2009 it purchased a maisonette for residential use. The VAT on that purchase was

deducted, but no tax declaration concerning the payment of local taxes for the maisonette

was submitted to the tax authorities. Klub did not alter the use of the property and did

not open accounts in its own name for the supply of water and electricity. The tax

for residential use, not for business use. Since they considered that the maisonette was

not being used for the activity of the business, they took the view that its acquisition had

not given rise to a right to deduct the input VAT, and consequently issued Klub with an

Klub argued that the immovable property was intended for business use, since it intended

to use it for meetings for negotiations with tour operators. Klub argued there was an

wholly to their business when acquired, hence the VAT was deductible. A tax declaration

assessment the maisonette was used for business purposes, nor that it would be in future.

constituting capital goods to his business assets, it must be presumed (assumed in the

supplies effected by the taxable person?

which the tax became due, regardless of the fact that the property cannot be used in view

of the absence of authorisation for its use as required by law?

(National Revenue Agency), according to which the right of deduction of a tax credit

the companies, without VAT being imposed on this use, consistent with the directive and

the case-law on its interpretation?

Q4: In circumstances such as those of the main proceedings, does the applicant company

have a right of deduction of a tax credit on the purchase of immovable property, namely a

payable in the course of all his economic activities. Thus, the common system of VAT

seeks to ensure complete neutrality of taxation of all economic activities, whatever their

purpose or results, provided that they are themselves subject, in principle, to VAT.

It follows from Article 168 of the VAT Directive that, in so far as the taxable person, acting

as such at the time when he acquires goods, uses the goods for the purposes of his taxable

transactions, he is entitled to deduct the VAT paid or payable in respect of the goods. The

right to deduct arises at the time when the deductible tax becomes chargeable, namely

when the goods are delivered.

Conversely, where the goods are not used for the purposes of the taxable person’s

economic activity but are used by him for private consumption, no right to deduct can

for private use and partly for business use, the taxable person may choose to allocate the

goods entirely to the assets of the business. In principle, the input VAT due on the

acquisition of those goods is then fully deductible.

the application of the VAT system and therefore of the deduction mechanism.

within the meaning of the second subparagraph of Article 9(1) of the VAT Directive.

light of all the circumstances of the case, including the nature of the asset concerned and

person’s economic activity. It may also be taken into consideration whether active steps

business use of the asset.

business uses, despite his initial wish to allocate the capital goods in their entirety to his

business, with future transactions in mind, the taxation of his business activities would

Consequently, an individual who acquires goods for the purposes of an economic activity

It is for the referring court to assess whether, in the dispute in the main proceedings, Klub

in fact acquired the capital goods at issue for the purposes of its economic activity. If that

is so, the company can deduct, immediately and in full, the VAT on the item allocated

entirely to its business assets, even if it is not used immediately for the purposes of its

control, the right of deduction is retained since, in such a case, there is no risk of fraud or

abuse capable of justifying subsequent repayment of the sums deducted.

On the other hand, in situations of fraud or abuse in which the taxable person pretended

private assets goods in respect of which a deduction could be made, the tax authorities

may claim, with retroactive effect, repayment of the sums deducted, since those

deductions were made on the basis of false statements.

It may be recalled that a finding of abuse requires two conditions to be satisfied:

First, the transactions concerned must result in the accrual of a tax advantage the

grant of which would be contrary to the purpose of those provisions.

Secondly, it must be apparent from a number of objective factors that the

essential aim of the transaction concerned is to obtain a tax advantage.

must not undermine the neutrality of VAT.

In the present case, it is for the referring court to ascertain whether, in the light of

objective factors, there is a fraudulent practice as defined above.

By its fourth question, the referring court asks whether the applicant is entitled to deduct

the input VAT paid on the purchase of immovable property in Sofia.

Court has no power to apply rules of European Union law to a particular case, but only to

In the present case, the referring court by its question is asking the Court to apply Article

168 of the VAT Directive directly to the facts at issue in the main proceedings, even

though it is for the national court to decide those proceedings, basing its decision if

appropriate on the answer to the other questions referred for a preliminary ruling.

The Court therefore does not have jurisdiction to answer Question 4.

On those grounds, the Court hereby rules

became due, regardless of the fact that the goods are not immediately used for

capital goods for the purposes of his economic activity and to assess, if need be,

whether there is a fraudulent practice.

before reclaiming the VAT on it, where the purchase has been allocated to (taxable)

business use. The right to reclaim any VAT on a business purchase of the goods arises

when the VAT charge arises (ie at the tax point for the supply), even if there has been no

immediate business use. However, VAT deduction can be denied where there is fraud or

Following the principle of the neutrality of VAT, based on the ECJ jurisdiction, VAT

allowed, since there is no entitlement to retrospective right to reclaim VAT in cases where

a maisonette in Sofia, by a company that carried on a hotel business in the seaside resort

of Varna, having concluded that the maisonette was intended for residential, and not

business purposes. The question of whether the capital goods were acquired for a business

use was referred back to the local Court. The Court noted that where the business is

tax remains deductible. However, where there is fraud or abuse Member States are able to

seek repayment of the tax. Again, the Court responded that it was up to the local Court to

ascertain whether there was such an abusive practice. 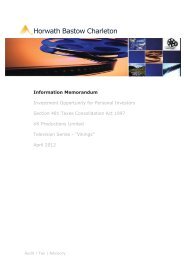 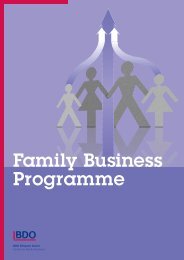 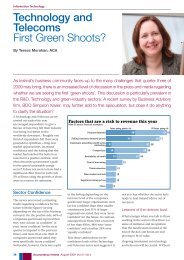 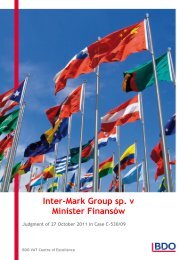 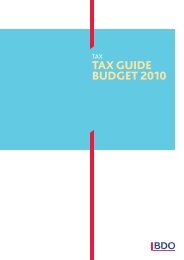 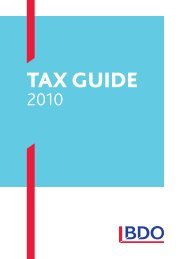 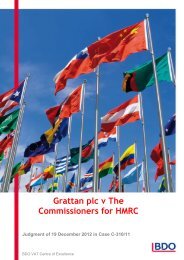 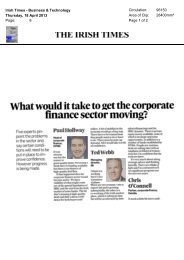 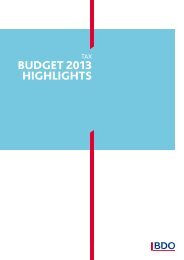 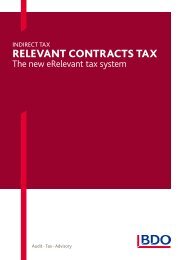 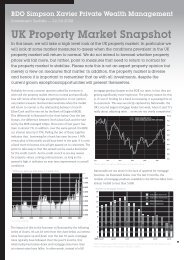 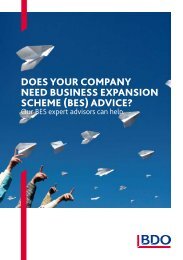 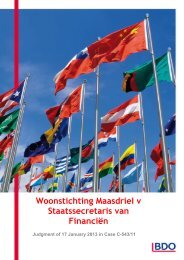 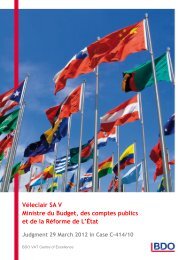 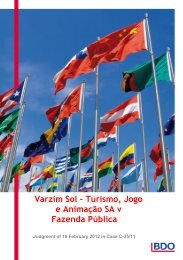 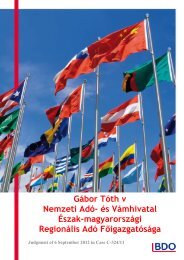 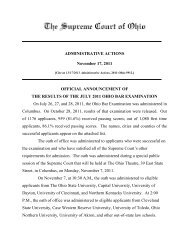