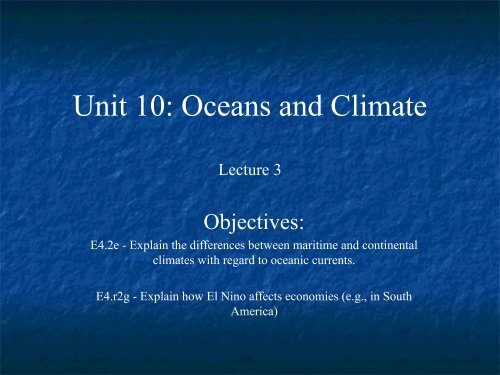 E4.2e - Explain the differences between maritime and continental

climates with regard to oceanic currents.

amounts of precipitation, since the main

moisture source is not very far away.

and colder winters, being far away from

the moderating influence of the ocean,

which keeps climates milder in winter and

A well known and important surface ocean current is the Gulf

Stream, which originates in the Gulf of Mexico and flows

northeast across the Atlantic, driven by the prevailing

southwest winds. The Gulf Stream is a warm ocean current

that keeps the climates of UK and Northwest Europe mild in

changes in the distribution of

warm water in the ocean, such as

occurs in the tropical Pacific

during an El Niño event, alter

patterns. These changes in turn

Changes in wind patterns may

upwelling, which may impact the

availability of nutrients on which

Implications of El Niño for the Nation's Economy

Weather and climate sensitive industries directly impacted by weather (such as

nearly 10 percent of GDP. Further, weather and climate indirectly impacts an even

larger portion of the nation's economy, extending to parts of finance and insurance,

services, retail and wholesale trade, as well as manufacturing. Some analysts

estimate that nearly 25 percent of GDP, or $2.7 trillion, is either directly or

indirectly impacted by weather and climate.

in a wide range of climate-sensitive industries and sectors. Overall, total U.S.

Flooding in Peru and Ecuador, drought in the South. In the past, there have

been terrible mudslides, made worse by deforestation, in Peru which have

caused extensive failures in infrastructure. The falling nutrient levels of the

ocean causes anchovy harvests to decrease off the coast of Peru, causing a

rise in food prices. Anchovies are an important ingredient in chicken and

source of fertilizer for U.S. farmers. The increased production costs 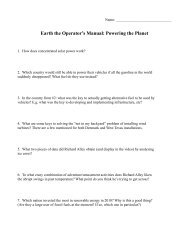 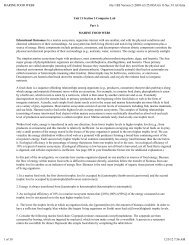