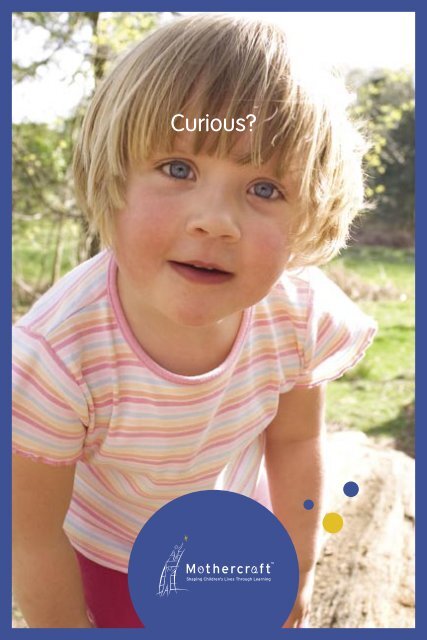 Helping parents guide healthy developmentA great example of Mothercraft’s ability to learn and adapt to the needsof parents is the Parent Infant Program (PIP) – a unique home visitingprogram for families at risk, experiencing substance abuse and relatedissues. PIP helps to decrease the social isolation often felt by vulnerableparents, while enhancing parent-child relationships and healthy childdevelopment.What makes PIP so successful according to Dr. Mary Motz, Manager ofClinical Services at Mothercraft, is that it supports parents right in theirhomes. “When you go into a household and show a mom how to makeher house safe or get down on the floor and interact with her baby in ahealthy way, she’s more likely to put it into practice,” says Mary. “You’reshowing her what to do where she lives, so it’s easier to implement whatshe’s learned. Because it’s on her territory she will naturally feel morecomfortable and receptive.”Going into homes also helps PIP therapists see how the moms live andthe day-to-day realities they face. “Most mothers are motivated to have ahealthy relationship with their baby, but often they’ve never experiencedone themselves” says Mary. “We are able to see what’s going on andthen model the positive interactions necessary to becoming the kind ofparents they want to be. Eventually the moms become the experts. It’svery exciting when you start to see this happen.”For more than 75 years, Mothercraft has been supporting parents withyoung children, from training well-baby nurses to care for moms andtheir newborns, to setting up advice rooms for parents and running thecity’s first ever prenatal classes in the 1940s. Our belief that parents arekey to guiding their child’s healthy development is as strong as ever, andso is our curiosity around how to best support them.

Supporting all children to reach their potentialLinda Rodeck says her son, Harry, has benefited tremendously fromMothercraft’s expertise and willingness to learn. Harry was diagnosedwith Cerebral Palsy when he was 11 months old. He had been attendinga Mothercraft Centre for Early Development for five months when the staffcalled to ask Linda to come in for a meeting.“I met with Mothercraft staff and a representative from Easter Seals, whomwe had approved to come in and observe Harry,” says Linda. “They toldme they were noticing significant delays in his development. While myhusband and I had suspected something was wrong, it was still veryhard to hear. Thankfully they gently eased me into clear thinking andcounselled me on what our next steps should be.”Initially Linda was concerned that Mothercraft wouldn’t be able toaccommodate Harry’s special needs. Harry’s mobility issues meant heneeded a walker and a wheelchair, and he also had difficulty with taskssuch as building with Lego and holding a pencil. Mothercraft assuredLinda that they would get him the help he needed and ensure an inclusivechildcare environment.“True to their word, Mothercraft supported us when we brought intherapists so that the teachers could learn how to lift Harry, teach him tograsp things and how to feed himself,” says Linda. “The staff seemed towelcome the professional development, and they put what they learnedinto practice. He was never coddled or made to feel different from theother children.”Since its beginnings, Mothercrafthas supported the healthydevelopment of thousands ofyoung Canadian children. Offeringexceptional child care, parentingprograms and early interventionservices, Mothercraft’s success hasbeen driven by its insatiable curiosityabout how to create the optimallearning environment for all children.Today Harry is at Bloorview Kids Rehab and thriving says his mom, whoadds: “Harry will always have Cerebral Palsy, but thanks to Mothercraft healso has a healthy perspective. He sees himself just like every other sixyear-oldboy.”

“I am continually impressed withMothercraft’s visionary nature,”says Dr. Gideon Koren. “Tappinginto its partners’ collective expertise,Mothercraft created a one-stopservice model for women whonormally get lost in the system. I comefrom a world-renowned paediatrichospital, yet I have learned so much.Mothercraft has shown me you canbe an expert, but still collaborate andgive others an equal voice.”Collaborating to improve services for familiesAlways curiously looking for ways to improve services for families in need,Mothercraft has become known for facilitating partnerships which haveresulted in innovative and effective programs for vulnerable families.Supporting children with developmental delays, infants from high-riskenvironments and mothers with addiction issues, Mothercraft bringsexperts together to provide families with easy access to all the resourcesthey need.Breaking the Cycle (BTC) is one of these successful partnerships. Aunique collaboration between Mothercraft and seven other partners, BTCsupports pregnant and/or parenting women who are using substancesand who have young children. Through one central Toronto location, thesevulnerable families have access to integrated addiction, parenting, healthand child development services.The results have been tremendous. Children born to BTC mothershave higher maternal health ratings, as well as fewer health concerns,separations from their mothers and developmental issues. BTC partner,Dr. Gideon Koren, Director of the MotheRisk Program at the Hospitalfor Sick Children, says this is because Mothercraft has created a modelthat successfully bridges professionals from a variety of fields to deliverservices in a way that is practical for these families at risk.Our partnersPROVINCE OFONTARIO’S FEMALEOFFENDERPROGRAMMOTHERISKPROGRAMAT THE HOSPITALFOR SICKCHILDRENST. JOSEPH’SHEALTH CENTRETORONTOPUBLIC HEALTHCHILDREN’S AIDSOCIETY OFTORONTOCATHOLICCHILDREN’S AIDSOCIETYJEAN TWEEDCENTREToday BTC has become thestandard of care all over theworld. Recognized by the UnitedNations for lessons learned andshared related to the substanceabuse treatment for womenand children, the program alsoreceived the esteemed KaiserFoundation National HarmReduction Award in 2006.

Examining and sharing best practicesWorking with Communities Together for Children (CTC) is one of the manyways Mothercraft has helped to build the capacity of a community tosupport children with special needs and their families. The childcareresource and referral agency in Thunder Bay identified a need to trainmore special needs resource teachers for the region and approachedMothercraft to develop an early interventionist certificate program.Maria Cole, Special Needs Resource Coordinator at CTC, says thatMothercraft lived up to its reputation of creating quality training thatcombined current trends with instructors who were experts in their field.“Mothercraft didn’t come with a boiler plate program,” says Maria. “Theyreally looked at our needs and developed a best practice approach totraining our teachers and to developing a curriculum based on the latestresearch,” says Maria.Covering topics such as screening for special needs, supporting familiesat risk and adapting programming to the needs of all children, Mothercraftwas one of the first agencies to integrate the newest brain researchinto its teaching. “Mothercraft created a program that resulted in topnotch graduates, who could apply what they learned to the real world ofworking with families who have children with special needs,” says Maria.Working closely with the instructors – social workers and resourceteachers from Thunder Bay – Mothercraft also helped them build theircapacity to go out and teach others in the community. “We shared ourexpertise and knowledge with each other,” says Maria. “It was a truepartnership.”Founded on a curiosity for how different children learn and develop,Mothercraft has built a reputation for examining and disseminating qualityresearch in the areas of enriched learning environments, early intervention,children and families with special needs, and diversity. We are continuallytesting best and promising practices, and sharing our learnings in order tobuild the capacity of those working with young children and families.

Training the teachers and caregiversAlyson Chapman credits Mothercraft’s early childhood education trainingfor her success in developing the high-quality preschool and kindergartenenrichment programs offered at the school she founded, The BEEZ KNEEZNursery School. Now running BEEZ KNEEZ locations in several Torontoneighbourhoods, Alyson says that she refers back to what she learned atMothercraft everyday.“It plays into how we develop our programming, decisions aroundroom set-up, how many kids we put in a classroom and even how wecommunicate with parents’” says Alyson. “Mothercraft taught me thefoundation for developing enriched programs for young children. Anyonecan run activities for kids, but if you don’t understand the why and the howbehind how they learn you won’t be as successful.”A former advertising executive with a passion for children, Alyson selectedMothercraft because they had a reputation for smaller class sizes andmore hands-on learning. “With only 25 students in my class, we were ableto get to know each other and grow together,” says Alyson. “I always feltcomfortable enough to put up my hand and share my ideas, because Iknew they would be explored and discussed. I could see that the teacherswere learning right along with us.”Excited and challenged by the success of BEEZ KNEEZ, Alyson says: “If Ihadn’t chosen Mothercraft, I don’t think I would have been as turned onabout working with children or that I’d be where I am today.”Training the teachers, in-home caregivers and other professionals thatsupport and care for young children is another way Mothercraft positivelyimpacts healthy child development. Our curious nature means that we arealways striving to test and share best practices with other experts in thefield and those who are just learning, and in turn we continue tolearn ourselves.

Leading in the fieldAs leaders in the early years field, we are always looking for ways to havea positive impact on children and their development.We continue to forge innovative partnerships such as providing our homebasedchild care courses through the Afghan Women’s Association, sothe community can better support its working parents. Joining forces withMiziwe Biik, we have been working to strengthen First Nations’ and Metis’leadership in early learning environments.Mothercraft has also teamed up with Princess Margaret Hospital to runits Magic Castle play centre, where we provide care and support for thechildren of cancer patients. Partnering with the Government of Ontario, wehave created a common database for all children’s services in Toronto tohelp facilitate the delivery of more relevant services to young families.We are sharing our expertise nationally and internationally. Mothercraftstaff members are teaching all over the world, including at the InstitutoPolitecnico de Coimbra in Portugal and the Toyoko Gakuen Women’sCollege in Japan. We are being asked to present at important gatheringssuch as: the International Child Welfare Meeting at Oxford University inEngland; the World Association of Infant Mental Health Conference inParis, France; and the European Early Childhood Education ResearchAssociation Conference in Reykjavik, Iceland.We are excited about the future and all the possibilities it holds. Ourintense curiosity about how children learn and develop will continue toguide our path. 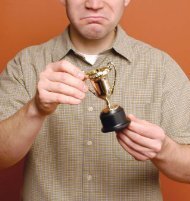 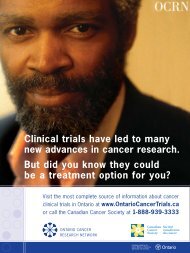 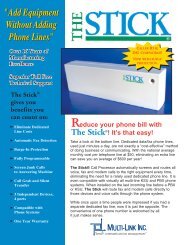 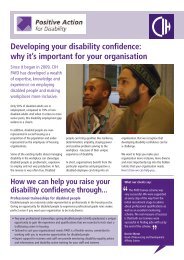