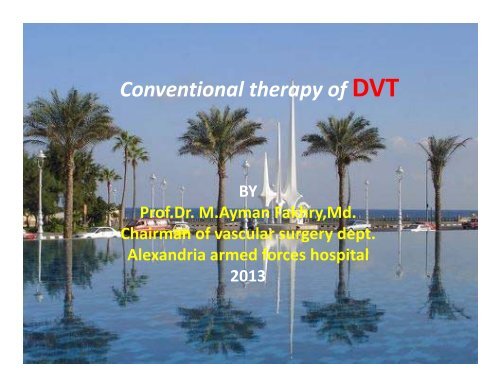 agenda• 1) Is heparin or low‐molecular‐weight heparin (LMWH) safe andeffective for initial treatment of VTE?• 2) Is out patient treatment of VTE safe and effective ?• 3) Is LMWH cost‐effective?• 4) Does use of compression stockings reduce the incidence of postthrombotic syndrome?• 5) Do vena cava filters alter the incidence of pulmonary embolism andrecurrent DVT?• 6) What is the optimal duration of therapy with vitamin K antagonists forVTE?• 7) Does evidence support use of LMWH instead of vitamin K antagonists?• 8) What is the best therapy for pregnant women with VTE?• 9) Does catheter‐directed thrombolysis reduce VTE recurrences and theincidence of post thrombotic syndrome?• 10)do we need ivc filter and stent in aggressive dvt treatment?

The treatment of iliofemoral thrombophlebitis haschanged little since the initiation of heparin use inthe 1930s.strategies focus on the outpatient use of low molecular‐weight heparin,treatment relies on the prevention of clot propagation rather than any effort toresolve the clot burden present. As a result, preservation of valve function isunusual, with most patients resolved to lifelong post phlebitic syndrome, oftenleading to chronic debilitating swelling and ulceration in the leg.

MAGELLAN Compares Rivaroxaban toEnoxaparin in Preventing VTE• The ACC, the MAGELLAN study is a phase IIIclinical trial that compared the oralanticoagulant rivaroxaban with subcutaneousenoxaparin in patients admitted to thehospital:• After a follow‐up conducted at 35 days todetermine the superiority of rivaroxaban, theinvestigators saw that rivaroxaban performedsignificantly better than enoxaparin.

Is Outpatient Treatment of VTE Safe and Effective WhenCompared with Inpatient Treatment?• Thirteen papers studied the outcomes of patients with VTEtreated with LMWH administered at home. The studiesused subcutaneous enoxaparin, nadroparin,tinzaparin,or dalteparin at varying dosages, and then an oralanticoagulant during follow‐up.• In summary, evidence is ample that LMWH is superiorfor the treatment of DVT,particularly for reducingmortality and the risk for major bleeding during initialtherapy. While outcomes did not differ betweengroups, equivalencyc not be definitively claimed.• This is level 1 evidence for DVT treatment.

Are Compression Stockings Efficacious at Reducing theIncidence of the Post thrombotic Syndrome?• The trials that enrolled patients earlydemonstrated:• a reduction in the incidence of the postthrombotic syndrome among patients wearingcompression stockings,whether over‐the‐counterstockings or more expensive custom‐fit stockingsMost diagnoses of the post thrombotic syndromeoccurred within the first 1 or 2years.• This is level 1 evidence.

What Are the Incidences of Pulmonary Embolism andDVT Recurrences after Placement of Vena Cava Filters?• In summary, the evidence suggests that venacaval filters may be only modestly efficaciousin reducing recurrence of pulmonary emboliand do not affect mortality.• This is level 2 evidence.

What Are the Optimal Therapies forPregnant Women with VTE?• While LMWH as a prophylactic therapy forpregnant women has been extensivelystudied, fewer pregnant women have beentreated with LMWH in observational studiesof treatment of DVT or pulmonary embolism.• The case series describing vena cava filtersprovide weak evidence to support filter use.The evidence on management of VTE duringpregnancy. level 2.

Is It Cost‐Effective to Use LMWH for initial treatment VTE?• The evidence strongly supports that use ofLMWH is cost‐saving or, at a minimum, costeffective.• This is level 1 evidence.• The rates of complete thrombolysis rangedfrom 40% to 92% across series, and rates ofcomplete or partial thrombolysis ranged from50% to100%.

Do we need ivc filter and stent in aggressive dvttreatment?• Currently, there is no dedicated venous stent that hasbeen approved by the US Food and Drug Administration.• Most interventionists are placing stents that are indicatedfor use in the arterial system. However, unlike the arterialsystem, the iliac veins require larger and longer stents,limiting what is available for use.In addition, given the different technical requirements inplacing venous stents and their behavior differences whencompared to arteries, the development of a dedicatedvenous stent is required.

American College of Chest Physiciansthe 8th edition of the CHEST guidelines.• The mainstay therapy for DVT has beenanticoagulation,and in properly treatedpatients, thrombus propagation is preventedand recurrent thrombosis is reduced.However,restoration of early luminal integrity andpreservation of valve function has been shownto be minimal, resulting in a significantincrease in the long term complications.

Role of community• Recent Epidemiologic International Day forthe Evaluation of Patients at Risk for VenousThrombo embolism in the Acute Hospital CareSetting (ENDORSE) survey reported that:• only 59% of patients admitted to surgicalwards and considered at‐risk for VTE receivedthrombo prophylaxis.

conclusion• Anticoagulant therapy is safe with little complicationsand few contra indications.• It could be used in all ages (from infancy to elders.)• It is comfortably applied in renal ,liver and pregnancy.• It doesn’t need hospitalization nor monitoring.• Initial oral therapy is available.• Elastic stockings and proper patient follow up reduces:reccurece,post thrombotic limb, propagation andembolisation. 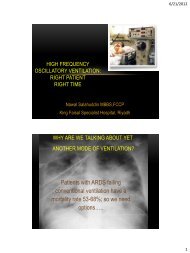 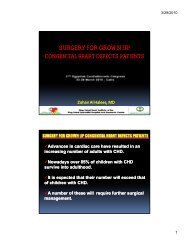 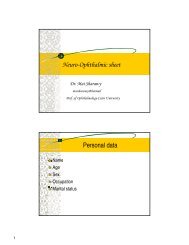 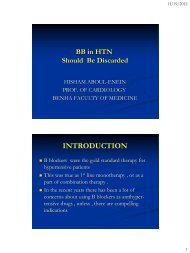 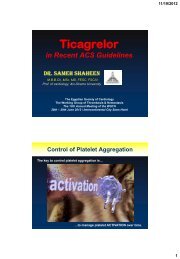 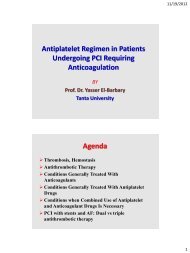 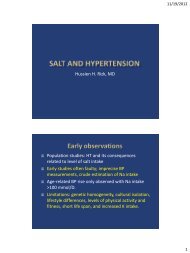 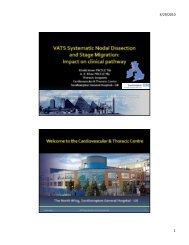 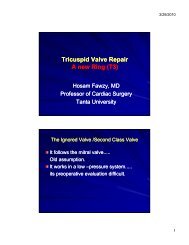 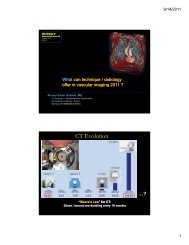 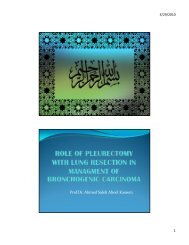 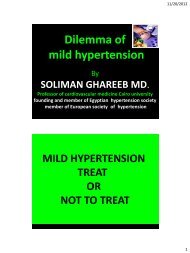 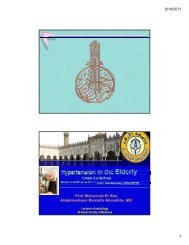 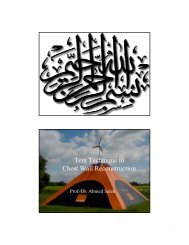 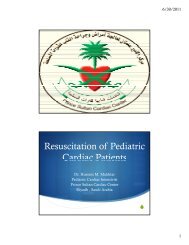 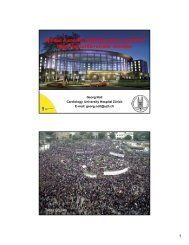 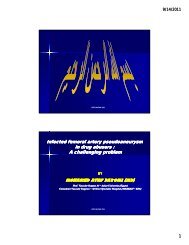 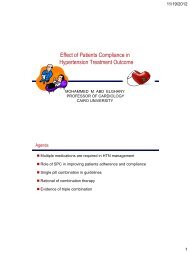 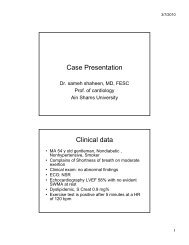 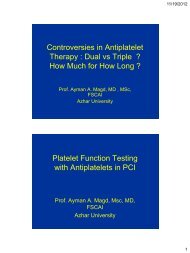 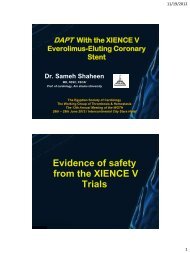 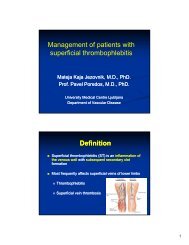 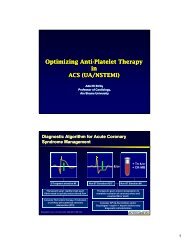 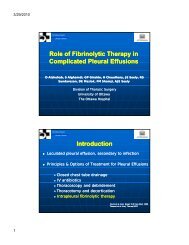 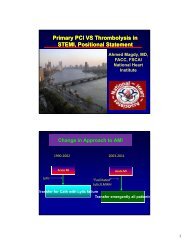 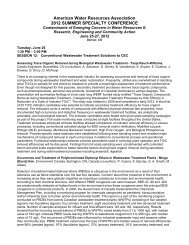 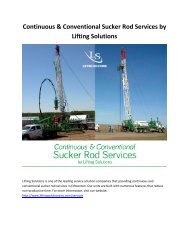