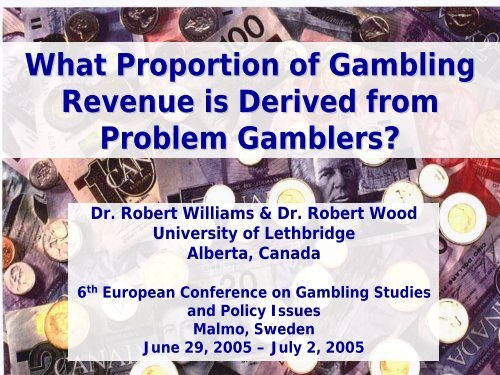 What Proportion of Gambling Revenue is Derived from Problem ...

What Proportion of Gambling Revenue is Derived from Problem ...

Source of this gamingrevenue relevant to:• The legitimacy of government sponsoredgambling and the continued expansion ofgambling• The amount of money devoted toprevention and treatment

• However, these proportions are inconsistentbetween studies and inconsistent withactual gaming revenues

ConclusionsThe exact proportion depends on several things:• The specific jurisdiction• Jurisdictions differ in• Their availability of certain types of gambling (e.g., gaming machines)• The strength of their policy and educational initiatives to prevent ent problemgambling• The specific time period studied• Gambling availability and government policies change fairly rapidly.• Places that have had gambling available for a longer period of time tmayhave different rates of problem gambling compared to places that havemore recently introduced it.• How you define and measure problem gambling.• The present study has calculated the proportion of revenue derived ed frompeople who report being negatively impacted by their gambling (problemand pathological gamblers combined). However, other people mightconsider that the proportion derived from ‘addicts’ (i.e., pathologicalgamblers) to be the more relevant figure.

Public Policy Implications• Governments that do undertake the ownership and operation ofgambling need to aggressively minimize both the prevalence ofproblem gambling and the amount of revenue derived from thispopulation.• Education/Awareness efforts are only one pillar of an effectiveharm minimization approach, and are never successful on theirown. What is required are concomitant policy initiatives, manyof which are easily implemented:– Requiring ID to enter a gaming facility (as is often done in Europeto bar self-excluders).excluders).– Making gaming facilities legally liable for not enforcing their ownself-exclusion exclusion contracts.– Eliminating credit.– Eliminating ATMs from gaming facilities.– Eliminating or severely restricting the most dangerous forms ofgambling (i.e., gaming machines). 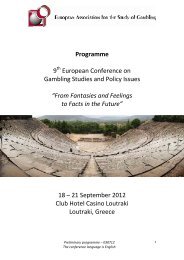 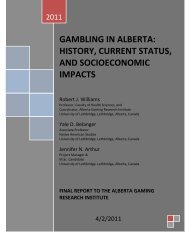 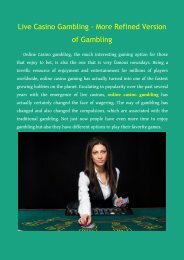 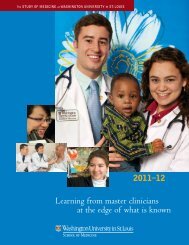 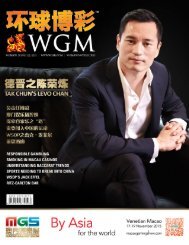 Magazine: What Proportion of Gambling Revenue is Derived from Problem ...