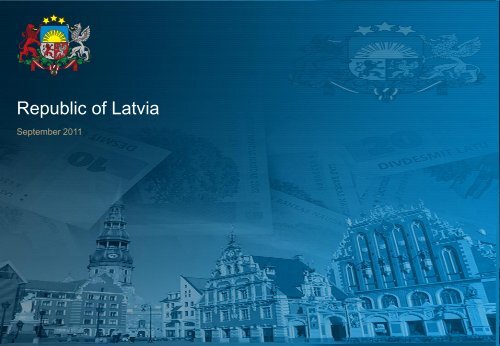 IntroductionMacroeconomic performance has strengthened significantly on the back of a severe adjustmentprocess and consistent set of structural reforms and policies including fiscal consolidation andresponsibilityMarket confidence is restoredThe country’s economy is on track to meet the Maastricht criteria in 2012Government has benefited from public support and was assisted further by a solid institutional baseand a flexible economyEconomic growth outlook forecasted by Ministry of Finance:GDP growth 4,2% on 2011(In the 2nd quarter of 2011 the GDP has increased by 5.6%)GDP growth 4,0% on 20122

1. Road to Regained Competitiveness and Recovery

Economic Performance Stands Out Among EU PeersLatvia’s growth in 2011 is expected to be among the highest in the EU, thus reaffirming theRepublic’s achievements and future potential2011 GDP Growth Forecast (%)Ministry of Finance Forecast for 2011: 4,2%Source: IMF World Economic Outlook April 20117

Jan-10Mar-10May-10Jul-10Sep-10Nov-10Jan-11Mar-11May-11Jul-11Sep-11Nov-11Jan-12Mar-12May-12Jul-12Sep-12Nov-12Inflation Is Up, Temporarily Driven by Global DevelopmentsOver the past year inflation rose due to external pressures and higher taxes, though inflation isforecast to return within the Maastricht limit by end-2012Inflation (YoY, %) HICP and Constant tax rate HICP (Jan 2008 = 100)The increase in overall price level is largely driven by externalfactors - global energy and food pricesIncrease in indirect taxes pushed up prices; the Governmentcommitted not to raise taxes in the forthcoming consolidationSource: Bank of LatviaInflation: Actual and Forecast (%)Inflation pressures are contained over medium term; Maastrichtinflation criterion remains within reach6420-2-4-6Source: Bank of LatviaCommentary• The recent pick-up in inflation has been driven by the surge ofglobal food and energy prices, and a rise in indirect taxes• Moderate domestic demand and flexible labour marketconditions are likely to apply downward pressure on inflationover medium term• A return to low inflation is expected as world commodity pricesease, bringing compliance with the Maastricht inflation criteriawithin reach12-month inflationMaastricht criteriaSource: Bank of Latvia812-month average inflation

Latvia'09Latvia'10Lithuania'09Lithuania'10Estonia'09Estonia'10Ireland'09Ireland'10Hungary'09Hungary'10Romania'09Romania'10Significant Fiscal Consolidation Has Been Carried OutThe Government has undertaken a rigorous fiscal adjustment programme,resulting in an impressive budget consolidationBudget Consolidation in 2008 – 2011 (EUR mn)Budget deficit has been reduced by implementing austeritymeasures in amount over €3bn in four years, or 16.6 % of GDPBudget Consolidation in Latvia in Comparison (% GDP)Latvia’s consolidation stands out among regional peers10864202.8%2.1%1.5%Source: Ministry of FinanceFiscal targets and results (% GDP, as per ESA95)Latvia achieved great progress on the way to budget stabilisation12.0%10.0%9.7%Limit in 2009: 10%Limit in 2010: 8.5%7.7%8.0%Limit in 2011: 6%6.0%4.5%4.0%2.5% Limit in 2012: well below 3%1.9%2.0%1.1%0.0%2009 2010 Plan 2011 Plan 2012 Plan 2013 Plan 2014Source: Ministry of Finance13Source: European CommissionRevenue Current Expenditure Capital ExpenditureCommentary• Significant fiscal adjustment measures will contribute to meetthe Maastricht criteria in 2012• EU funds largely facilitate recovery and implementation ofgrowth enhancing programs• Revenue side measures frontloaded to take place in 2011, inorder not to push up inflation before the euro target year of2014• 2012 budget consolidation planned to purely focus onexpenditure side (except for real estate tax reform)• Fiscal targets for 2011 & 2012 envisage safety margin againstless favorable economic developments

Political Stability Has Underpinned the Reform AgendaThe Government’s fiscal measures and reform package have received broad domestic supportand strong backing from the international community● The Government proved its commitment to reforming the economy and consolidating the budget● The Government has benefited from strong support for its policy measures from general public andsocial partners● The international community – Nordic counties, IMF, World Bank and other – supported Latvia, bybuilding up the international loan package totaling $10.5 billionInternational Recognition of the Government Policy AgendaIMF statement: “Strong policy actions under theSBA have helped restore confidence,contributed to economic recovery, and enabledsignificant progress toward Latvia’s goal ofeuro adoption.”-IMF Press Release No. No. 11/198, May 26, 2011 -Mark Griffiths, the head of the internationalreview mission to Latvia: “Internationaldonors suggest Latvia should borrow ininternational markets instead of extendingthe schedule for repayment of the loan it hadreceived under the financial aid program.”- RIGA, Apr 06, 2011, BNS -17

PAREX - CITADELELMLBGovernment Response to the Bailout of Domestic BanksIn order to protect the stability of the financial system, the government stepped in to rescueand restructure Parex bankNovember 2008• Parex Bank nationalized by the StateMarch 2010August 2010May 20112011 - onwards• Decision on “good out” scenario and establishment of a Citadele Bank• Parex Bank split in two banks – performing assets in “Citadele bank”; non-performing assets - ParexbankFull repayment of syndicated loans by Parex Bank – All Commitments toward creditors fulfilled• Approval of Parex Bank and Citadele Bank sales strategy• Seeking and attracting a strategic investor• The sale process of Citadele Bank is carried out by Nomura International and the Latvian PrivatizationAgency2011 - onwards •Reorganisation of Latvian Mortgage and Land Bank - selling of commercial assets and establishment ofdevelopment bankGovernment exposure in resolution bank - Parex Bank ($ mn)Government exposure in “good bank” - Citadele Bank ($ mn)Source: The Treasury19Source: The Treasury

International Loan Programme – Broad International SupportInitially Planned vs. Disbursed Loans From ProgrammeUse of Received Loans ($ 5’223 million)Source: The Treasury2009 2010 2011 Total($ Billion) Planned Disbursed Planned Disbursed Planned Disbursed Planned DisbursedEU 4,1 3,1 0,1 1,0 0,1 0 4,4 4,1NordicCountries(SE, DK, FI,NO, EE)0,1 0,0 2,5 0,0 0,0 0 2,7IMF 1,7 1,1 0,6 0,4 0,1 0 2,4 1,5World Bank 0,3 0,3 0,0 0,1 0,3 0 0,6 0,4Other (CZ, PL,EBRD)0,1 0,1 0,4 0,0 0,0 0 0,6Total 6,3 4,6 3,7 1,5 0,6 0 10,5 6,2* $ 843 million in December 20080,00,1Source: The TreasuryDebt Repayment,38.5%Financing ofdeficit andgovernmentloans;49%Support forfinancial sectorstability (termdeposit for JSC"Parex banka"syndicated loanrepayment), 10%EBRD support forthe JSC "Parexbanka";2,5%The International Loan Programme Has Reached Its Aim● Latvia’s assistance package is small relative to the resourcesavailable to the institutions providing the support● Further borrowings within the Program not planned, except for:─ $ 141 million from the World Bank● Credit facility Agreements with Nordic lenders signed on 21September, 2010● Pledge from Poland and Czech Republic on credit facilities incase of necessity● 4 th review approval by IMF on 25 th May 2011, EC approvalexpected in the beginning of June 2011IMF statement: “The Executive Board of the InternationalMonetary Fund (IMF) today completed the fourth review ofLatvia's performance under an economic program supported by aStand-By Arrangement. The Board decision makes available anamount equivalent to about €121.3 million or US$170.7 million,but the authorities do not intend to draw this amount. Theavailability of Fund resources will help to provide insuranceagainst the impact of any unforeseen deterioration inexternal financing conditions.”-IMF press release No. 11/198, May 26, 2011-21

Moderate Financing Requirement in Medium-TermCentral Government financing estimation 2012-2014million, $In 2011 majorborrowingscompleted - onlydomestic issuesplanned ~ $ 450millionSource: The TreasuryModest government debt redemptions in the short-termDebt Redemption Profile (as of 31 August, 2011)As of September 16the Treasury holdsUS$ 2’666 million inits accounts in Bankof Latviamillion, $Source: The Treasury22• Latvia faces minimal government external debt repayments in thenext two years– As 97% of 2011 debt repayments are represented by domesticcurrency debt, refinancing risk is minimal especially given therecent successes in terms of domestic debt auctions• The largest portion of external government debt is now representedby the recent EU and IMF loans which were incurred since the startof the crisis• Eurobonds outstanding (3 issues) as of September 2011:– $ 562 million equivalent due in April 2014– $ 562 million equivalent due in March 2018– $ 500 million due in June 2021

Domestic Market Performance Reflects Return of Investor ConfidenceAverage Weighted Yields of Domestic Securities (%)%• Latvia’s recovery has been furtherboosted by the return of regulardomestic debt auctions• 5 and 10-year programs has beenreopened• In the first half of 2011 successfullyissued 10-year bond program (totally$ 120 million)• 6-12 month T-bills will be used tobenchmark securities market withshort-term instruments• 1-3 month T-bills will be used only incase of unexpected changes inliquidity position• Average weighted yield rates havemarkedly decreased over the lastquarter of 2009 and in 2010 and nowremain equal to record lowsSource: The Treasury23

Benchmark Transaction Send Strong Signal of Confidence to the Market• The $500mn Eurobond is the inaugural US Dollar benchmark transaction• The offering attracted strong interest from investors impressed by the turnaround story• The orderbook closed 7x oversubscribed with reoffer spread of 237,5bp at the tighter end of price guidance of 250 bp area.The orderbook allowed to allocate the bonds to a group of diverse top-quality investors25

● Latvia has regained its competitiveness and the economy issteadily recovering. A shift from non-tradable to tradable sectoris well underway● Undertaken structural reforms will help to boost long-termgrowth● Latvia is committed to further structural reforms and fiscalconsolidation to meet its Maastricht criteria in 2012● Latvia keeps its debt at a sustainable level and commits tofinance itself mainly in public markets in the medium term30

Disclaimer.This presentation has been prepared and issued by the Treasury of the Republic of Latvia (the ”Republic”). These materials are not intended as an offer to sell, or asolicitation with respect to any securities that may be issued by the Republic. Any offer or solicitation with respect to any securities that may be issued by theRepublic, will be made only by means of an offering circular, which will be provided to prospective investors and will contain material information that is not set forthherein. In making a decision to invest in any securities of the Republic, prospective investors should rely only on the offering circular for such securities and not onthese materials, which contain preliminary information that is subject to change and that is not intended to be complete or to constitute all the information necessaryto adequately evaluate the consequences of investing in such securities.These materials contain “forward-looking” information that is not purely historical in nature. Such information may include, among other things, projections, forecastsor estimates of cash flows, yield or returns, scenario analyses and proposed or expected portfolio composition. The forward-looking information contained herein isbased upon certain assumptions about future events or conditions and is intended only to illustrate hypothetical results under those assumptions (not all of whichwill be specified herein). Actual events or conditions may not be consistent with, and may differ materially from, those assumed. In addition, not all relevant eventsor conditions may have been considered in developing such assumptions. Accordingly, actual results may vary and the variations may be material. Prospectiveinvestors should understand such assumptions and evaluate whether they are appropriate for their purposes.These materials and the information herein relating to the Republic of Latvia is believed to be reliable. In particular the materials are based on information frompublic sources believed to be reliable and contains tables and other statistical analyses (the “Statistical Information”) prepared in reliance upon such information.The Statistical Information may be subject to rounding. Numerous assumptions were used in preparing the Statistical Information, which may or may not bereflected herein. No assurance can be given as to the Statistical Information’s accuracy, appropriateness or completeness nor as to whether the StatisticalInformation and/or the assumptions upon which they are based reflect present market conditions or future market performance. Past performance is not indicativeof future results.These materials may not be reproduced or redistributed, in whole or in part, directly or indirectly, to any other person. These materials are not intended fordistribution to, or use by any person or entity in any jurisdiction where such distribution or use would be contrary to local law or regulation. These materials areintended only for persons regarded as professional investors (or equivalent) in their home jurisdiction.31 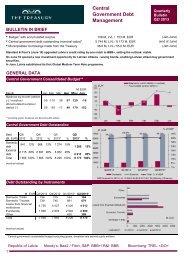 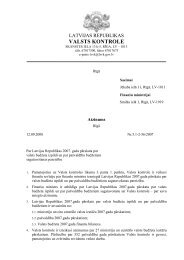 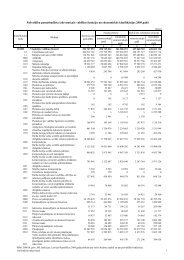 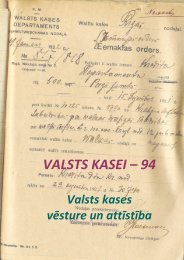 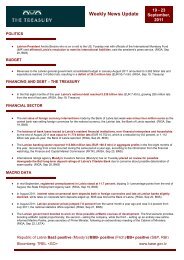 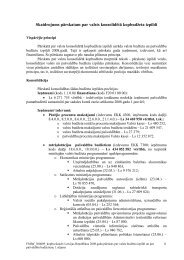 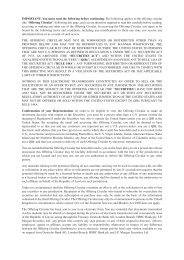 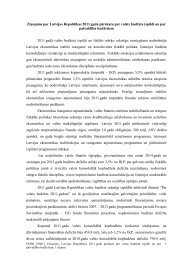 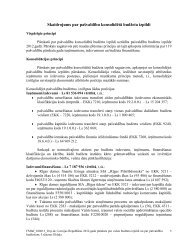 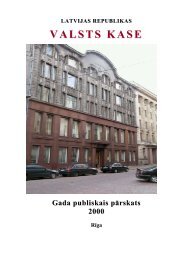 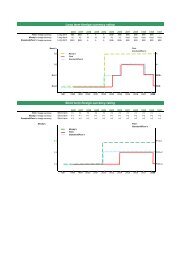 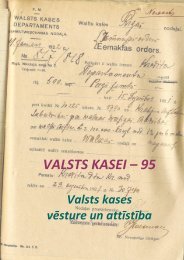 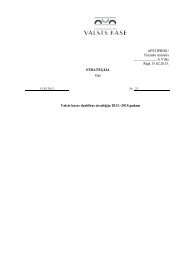 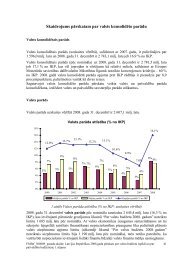 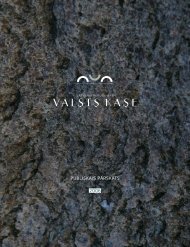 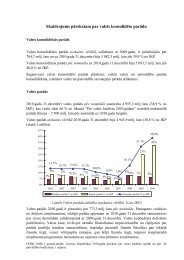 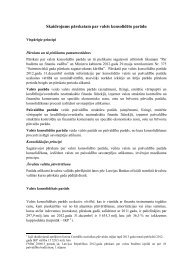 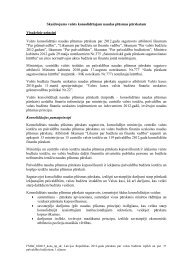 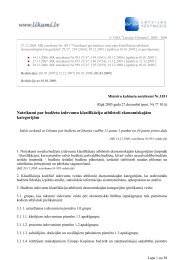 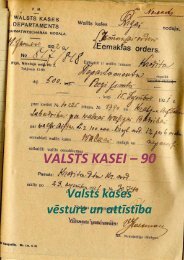 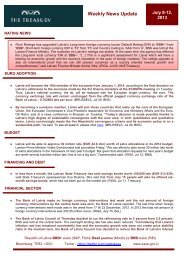 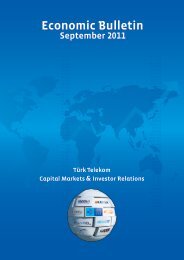