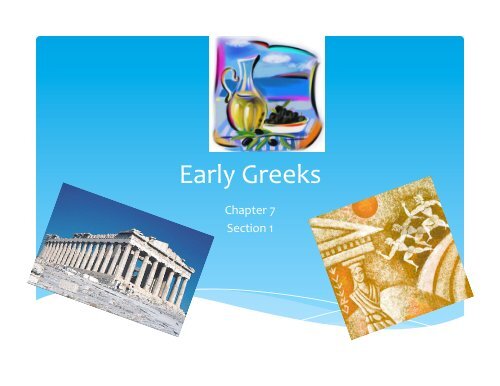 Key Terms * Peninsula * A body of land with water on three sides * Polis * A tiny independent country; a city-­‐state * Agora * Market and place where people would meet to debate issues * Colony * A settlement in a new territory

Check * How did geography discourage Greek unity? * The mountains and seas kept the Greeks apart. Early Greek communities became fiercely independent. * What were many of the early jobs of the early Greeks? * Because of Greece’s watery location, many ancient Greeks made their living as traders, , and .

Minoans * Located on the island of Crete * Southeast of the Greek mainland * A.D. 1900, Arthur Evans * Uncovered the ruins of a grand palace * Center of Minoan civilization * Minoans were not 1 st Greeks * Civilization was 1 st in region

Power from Trade and War * 1400 B.C., Mycenaeans replace Minoans and major power of Mediterranean * Traded widely from Egypt to southern Italy * Possibly conquered Crete and other islands * Trade made Mycenaeans wealthy * They were proud of victories in battle * Most famous victory: Trojan War * Agamemnon used trickery to win the war

Dark Age * During the Dark Age, Greeks move from the mainland to the islands of the Aegean Sea * Other Greeks move to Asia Minor * Wave of movement spread Greek culture * Dorians – Greek-­‐speaking people * Settled in the southwest on the Peloponnesus * Brought iron weapons and farming tools * Cheaper and stronger than bronze

The Polis * The idea of citizenship develops in the Greek city-­states* End of Dark Ages, nobles owned large estates * Created city-­‐states * City or town and the surrounding countryside (farms) * Known as a Polis – tiny independent country

The Polis * Main gathering place was usually a fortified hill * Called: Acropolis * Provided safe refuge in times of attack * Served as a religious center * Temples and altars were built there to honor the gods and goddesses * Below Acropolis – Agora * An open area with 2 functions: * Market * Meeting place for debate * Beyond Agora * Farmland belonging to the city-­‐state

The Polis * City-­‐states varied in size * Location determined the size * A few square miles to hundreds of square miles * Athens was the largest * 500 B.C. – 300,000 people lived there * Most were small and very independent

Greek Citizenship * Each city-­‐state was run by its citizens * Citizens – members of a political community * Everyone is treated as equal * Everyone has equal rights and responsibilities * Citizenship requirements: * Free, native-­‐born men * Landowner * Some like Athens dropped this requirement * Greeks were 1 st to develop idea of citizenship * Viewpoint of citizens: * City-­‐state is made up of their lands, their responsibility to run it * Slaves and foreign-­‐born residents could not become citizens * Women and children might qualify for citizenship * They did not have any of the rights that came with citizenship

Check * How did citizenship make the Greeks different from other ancient peoples? * Other ancient peoples were the subjects of kings and had no rights. * They also had little or no say in the government. * How did the military system change as the idea of citizenship changed? * Instead of war being waged by nobles, city-­‐states began to depend on armies of ordinary citizens, hoplites.

A Move to Colonize * After end of Dark Ages, population increases quickly * 700 B.C., city-­‐states could not produce enough grain * City-­‐states sent people to new territories outside of Greece – Colonies * A settlement in a new territory that stays closely linked to its homeland * As Greeks colonized, Greek culture spread * 750 B.C. to 550 B.C., Greeks spread throughout the Mediterranean: * Italy * France * Spain * North Africa * Western Asia

Check * How did the founding of new colonies affect industry? * Colonies increased the demand for goods and specialization, which in turn led to the growth of industry. * How did early Greek civilizations use their natural surroundings to prosper and grow? * They used natural resources to make goods. * They used waterways to transport goods. 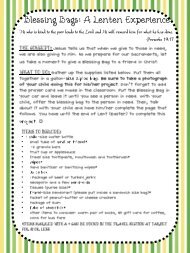 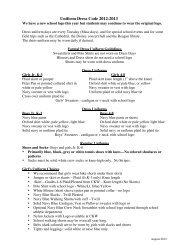 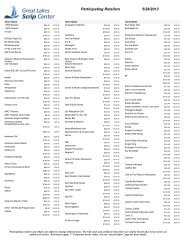 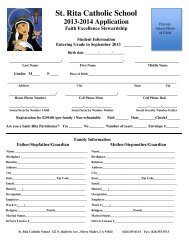 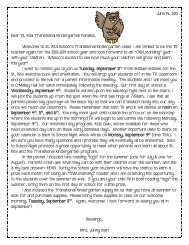 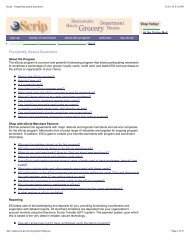 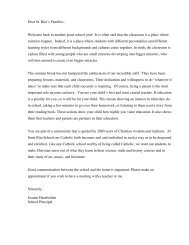 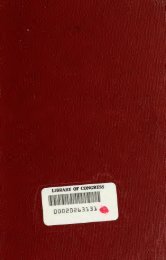 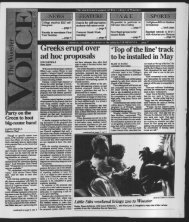 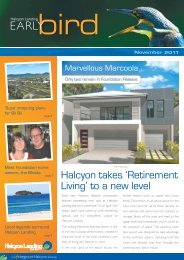 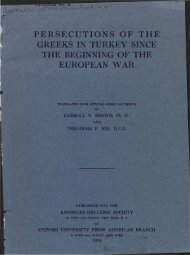 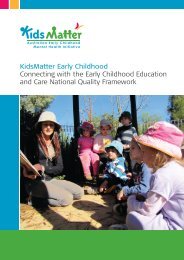 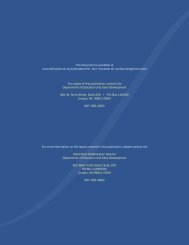 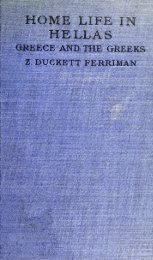 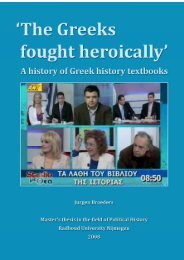 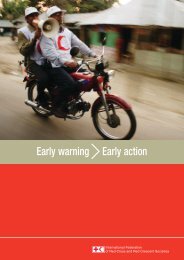 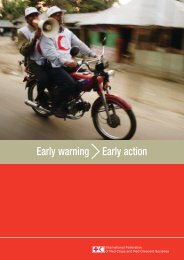