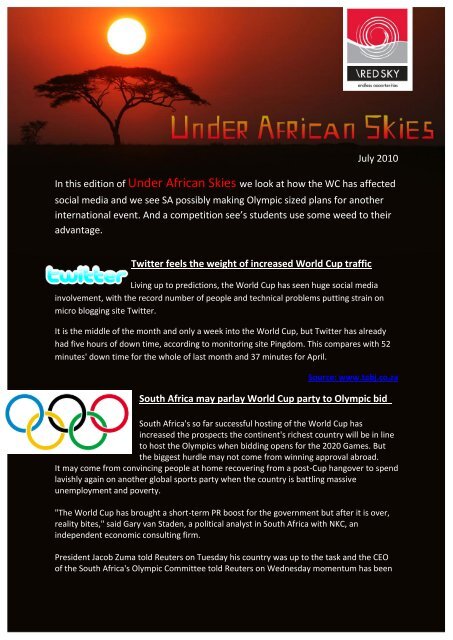 gathering in an effort to bring the Games to African soil for the first time."I would think the world has taken notice that we can put on a world class event," saidTubby Reddy of the local Olympic committee. The International Olympic Committee pluggedone glaring hole when it awarded the 2016 Games to Brazil, which will mark the first time aSouth American country will host the Games. The last continent, excluding the frozen massat the bottom of the planet that has not been awarded the Games is Africa.In favour: Analysts said a number of factors have been lining up in South Africa's favour. Ithas dispelled almost all concerns it was not up to the hosting one of the globe's biggestsports spectacles. It built the infrastructure and stunning venues for the Cup, albeit withsome facilities receiving their finishing touches just hours before they were put in use. Itdeployed a massive security force to cut down on petty theft and its frighteningly high ratesof violent crime -- some of the highest in the world outside a war zone. The country is in thesame time zones as large parts of Europe. Events held locally in the evening can be seen inmid-afternoon times in North America, which would likely sit well with major TVbroadcasters from the United States who are the IOC's biggest source of revenue. The SouthAfrican coastal city of Durban will host an International Olympic session next year, whereofficials will vote on the winning bid for the 2018 Winter Olympics.With the entire Olympic movement present at this meeting, local officials could not ask for abetter opportunity to discreetly campaign for bringing the Games to South Africa and putout feelers for support of such a possible bid, which in itself is a multi-million dollarundertaking. Unlike the World Cup, it is a city hosting the Olympics and not a country,which would mean a South Africa bid would have to be able to show it has or will have thenecessary facilities for the biggest multi-sport event of the world. This would translate inseveral billion dollars worth of infrastructure and stadium projects for a country that mustalso have a clear post-Olympic use plan in order to convince Olympic chiefs and investors ofthe project's viability. Many domestic critics, including township dwellers in violent protestsagainst lack of services, to poor people forced off the street in a World Cup clean-up, havesaid it was wrong to spend more than $5 billion on the event in a country with an some ofthe globe's biggest wealth disparities.Source: Reuters

Plan to turn Kenyan weed into cosmetics wins global awardA team of students from Kenya has bagged the Global EnterpriseExperience award for a project that proposes to develop cosmetics from theAmaranth plant. The business concept proposed to train and developnetworks for women in rural communities in Kenya to grow grainAmaranth, an indigenous plant that is commonly found throughout thecountry. It is cultivated as a crop, but also often grows as weed, whichmany farmers use pesticides to try and keep under control.The seeds from grain Amaranth can be used to create useful oil that contains lipidcompounds with a high degree of unsaturation that can be used in both food and personalcare products to provide wide ranging temperature stability. The business conceptproposed that the oils could be sold for cosmetic and personal care products, wheremargins for ingredients are generally higher than in other market segments. Likewise theproject also proposed that the plant by-products – the roots, stems and leaves – could alsobe used by the local communities as nutritional food products.In total there were 68 international teams that entered the competition, which is run in cooperationwith educational establishments worldwide and co-ordinated by the VictoriaUniversity, Australia and the Te Kaihau Education Trust, New Zealand. Each ‘virtual’ teammet online regularly to discuss strategies and to further develop their business concepts,which this year was specifically targeted at helping develop a profitable proposal thathelped foster social and economic benefits for women.The winning entry consisted of a team of international students who will each receiveNZ$1,000 ($711).Source: www.cosmeticsdesign.comFor more information go to www.redsky.co.za and visit our REDSKY blog or to be included on themailing list - please mail me on: Fiona.kerr@redsky.co.za 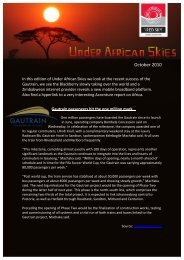 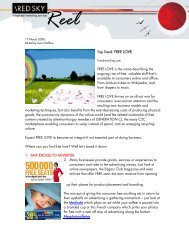 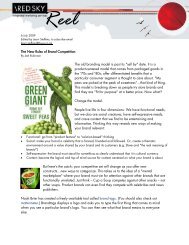 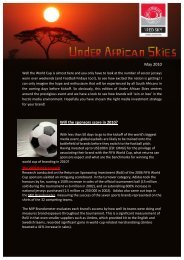 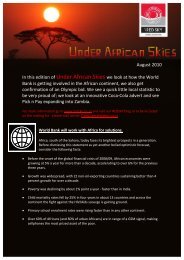 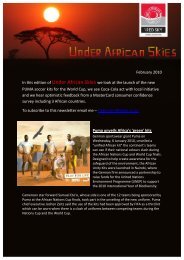 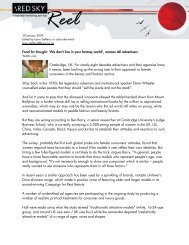 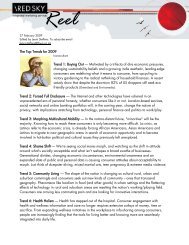 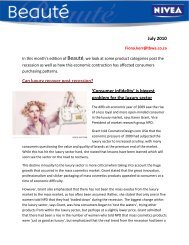 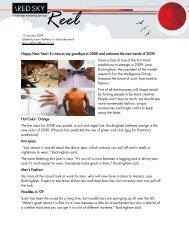 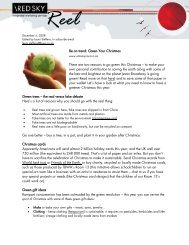 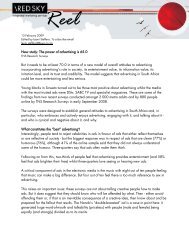 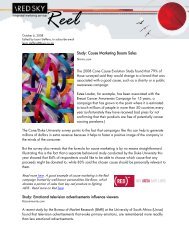 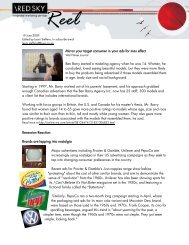 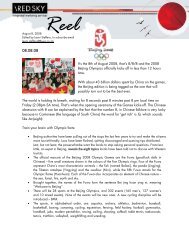 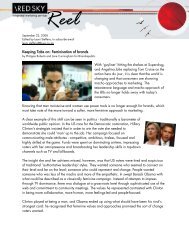 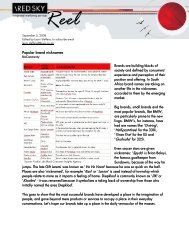 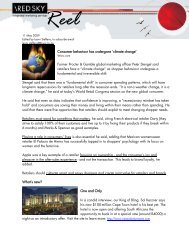 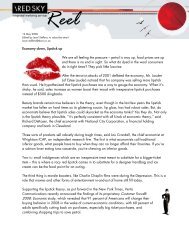 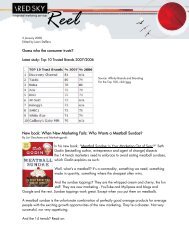 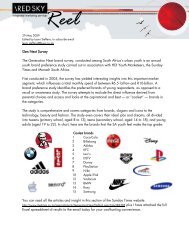 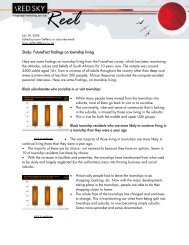 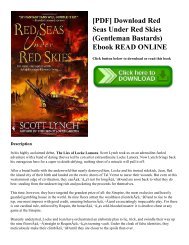 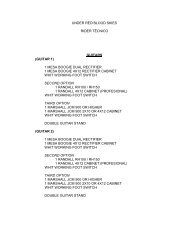