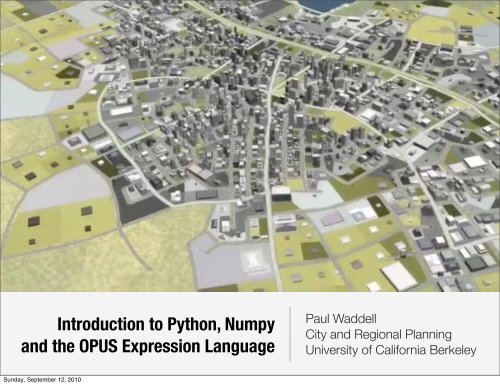 P. Waddell, 2010Starting Python• Another way to start an interactive Python session is with IDLE, which is a simpleGUI for Python that comes on all platforms. It is available from the Windowsprogram menu, or can be started from the command line by typing ‘idle’.Sunday, September 12, 2010

P. Waddell, 2010Starting Python• IDLE also has an editor, that allows you to write scripts, or programs, and savethem to disk for running later. Note that Python programs on disk always havea .py filename suffix, like ‘myprogram.py’. The .py indicates that it is Python.• But let’s stick with the interactive prompt for the moment. Notice that it has aprompt with three ‘greater than’ signs: >>>• Here is your first program: make Python print ‘Hello World!’ (this is the firstprogram in every programming language course)• What is needed to do this?Sunday, September 12, 2010

P. Waddell, 2010Starting Python• IDLE also has an editor, that allows you to write scripts, or programs, and savethem to disk for running later. Note that Python programs on disk always havea .py filename suffix, like ‘myprogram.py’. The .py indicates that it is Python.• But let’s stick with the interactive prompt for the moment. Notice that it has aprompt with three ‘greater than’ signs: >>>• Here is your first program: make Python print ‘Hello World!’ (this is the firstprogram in every programming language course)• What is needed to do this?• Pretty simple:>>> print ‘Hello World!’Hello World!Sunday, September 12, 2010

P. Waddell, 2010Introducing Data Types• Let’s begin paying attention to data types. Numbers without decimals areIntegers. Numbers with decimals are Floats. Let’s see what happens if we useonly integers with the preceding example:>>> (2+3)/31• Is this what you expected? Probably not. It is an integer division, and thisresults in a truncated result (no decimal value) with no rounding up.• If you want to produce a result as a Float, at least one of the arguments(elements) of the calculation must be a float. That is why the previous examplegave the ‘right’ answer.Sunday, September 12, 2010

P. Waddell, 2010Iteration and Methods>>> def countdown(n):... while n > 0:... print n... n = n-1... print "Blastoff!"...>>> countdown(3)321Blastoff!Note that the def keyword ‘defines’ amethod in Python. It accepts an‘argument’ in parentheses. It uses acolon to begin the definition part. Notealso that the following lines areindented by four spaces. (this mattersto Python - and is simpler than thesyntax used in some other languages)The ‘while’ statement defines aniterative loop, to continue indefinitelywhile the condition is true. To exit theloop, we have to change the value of nuntil the condition is no longer true.Note the indentation below this - alsoimportant.Finally, note that to run the method, wecall it by name, and pass an arbitraryargument to it, like ‘3’, or ’10’ etc.Sunday, September 12, 2010

P. Waddell, 2010Python Modulesdef countdown(n):while n > 0:print nn = n-1print "Blastoff!"countdown(n)save this file to blastoff.pyUsually we would store longer commands ormulti-line scripts like this in a Python module. Ifwe use a text editor like the one built into IDLE,or use an alternative like Scite or TextMate (thereare many options) that ‘understand’ Pythonsyntax and highlight it and provide usefulshortcuts, then save it to disk as a file with aname like blastoff.py (don’t call it countdown.pysince the method has already used that name)But we don’t want to ‘hard-code’ the number for n -- we want to pass it as an argument tothe program. So we add 2 lines to the beginning of the program:import sysn = int(sys.argv[1])now we can run it from the command line, like this, passing the value of n as an argument:c:\path_where_program_is_saved> python blastoff.py 10Sunday, September 12, 2010

P. Waddell, 2010Introducing Numpy• Numpy is a Python ‘library’ that provides numerical methods.• It is somewhat similar in syntax to Matlab or R, in that it focuses on ‘arrays’• It makes it possible to do repeated calculations fast by using an array rather thana for loop.• Think of it as a spreadsheet, where a table of 3 rows and 4 columns is a 2-dimensional array• Now generalize this to more than 2 dimensions and you have a multidimensionalarray. Numpy is meant to handle these arrays quickly.• UrbanSim is implemented making heavy use of Numpy, so it is useful to learn itssyntax before using the ‘expression language’ in UrbanSim and the OpenPlatform for Urban Simulation (OPUS)Sunday, September 12, 2010

P. Waddell, 2010UrbanSim Computations Require Spatial Referencing• UrbanSim uses agents and objectsthat are related to each other and tolocations. We have to keep track ofthese relationships and computevariables for models, and indicators forevaluation.Sunday, September 12, 2010

P. Waddell, 2010OPUS Datasets• In OPUS, we create ‘Datasets’ that are collections of Numpy arrays describing allof the elements in a type of entity, like buildings, or parcels, or households• The data are stored on disk as Numpy arrays, but are moved back and forthfrom databases using OPUS tools built into the GUI or from the command line• There is a one-to-one correspondence between an OPUS Dataset and acorresponding database Table• One (odd) convention we have used is that the name of a table in the databasehas been plural, while the counterpart OPUS Dataset is singular (this may bemade consistent in the future, but was intended to reduce possible confusion)• Datasets that are related to each other have some common key: the householddataset has a building_id, which corresponds to the internal id of the buildingdataset -- this allows complex joins and navigation among datasets in memorySunday, September 12, 2010

P. Waddell, 2010OPUS Expression Language• To make much of this easier for users to use and extend, we developed the‘OPUS Expression Language’• It is built on Python and Numpy, but adds syntax parsing that makes it possibleto use more natural and concise commands to get complex work done• Examples:- parcel.aggregate(building.total_sqft) #Sum the sqft in buildings in a parcel- zone.aggregate(household.income, function=mean, intermediates=[building,parcel]) #Compute an average household income in a zone, navigating through therelationships that households are in buildings, which are in parcels, which are inzones- parcel.aggregate(building.total_sqft)/parcel.lot_sqft #Calculate a Floor AreaRatio (FAR)- parcel.disaggregate(zone.population_density) #this would assign to each parcelin a zone the value of the zone variable population_density- zone.number_of_agents(job) # Counts the number of jobs within a zoneSunday, September 12, 2010

P. Waddell, 2010OPUS Expression Language• OPUS Expressions can use any of the Numpy standard operations:- building.total_sqft/residential_units #computes the average sqft per unit- ln(building.total_sqft) #takes the natural logarithm of total building sqft- Similarly, other operators include: *, /, +, -, **- results can be cast to a type: ln(urbansim.gridcell.population).astype(float32)• References to variables and primary attributes- If an attribute is stored in a dataset and not calculated by OPUS ‘on the fly’, then wecall it a primary attribute, and refer to it using the syntax dataset.attribute likebuilding.total_sqft- If we want to refer to an attribute that is computed by a variable in OPUS, ‘on thefly’, then we have to make a reference to the Python module that computes it.These modules are stored within OPUS packages, which are directories. Thesyntax now becomes package.dataset.variable_name, likeurbansim_parcel.zone.access_to_employmentSunday, September 12, 2010 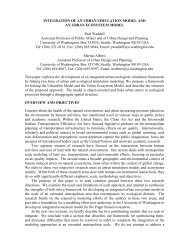 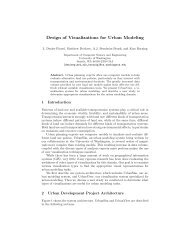 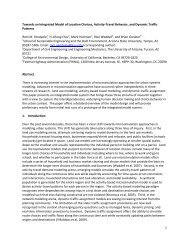 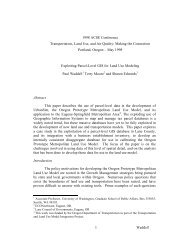 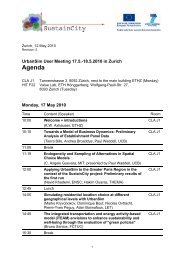 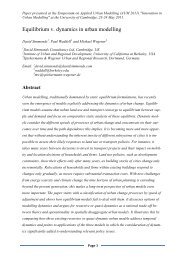 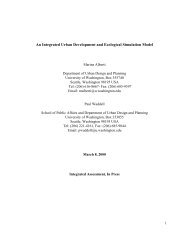 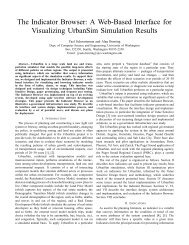 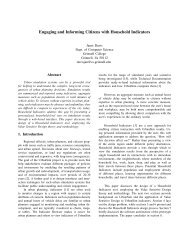 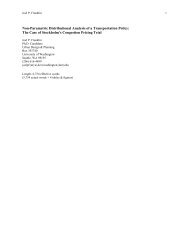 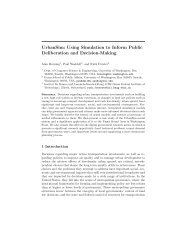 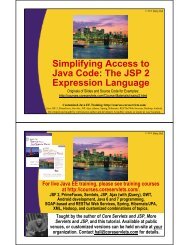 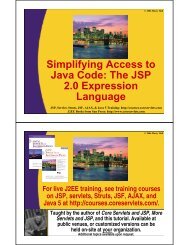 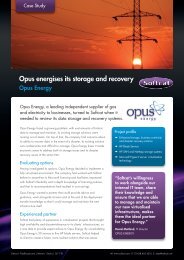 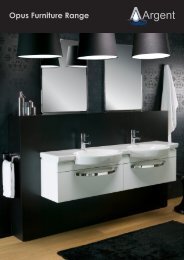 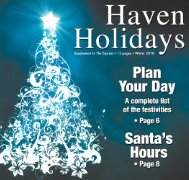 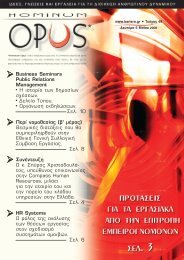 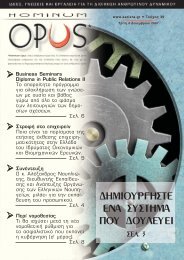 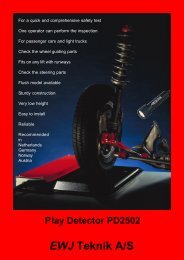 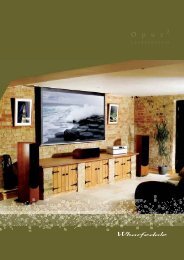 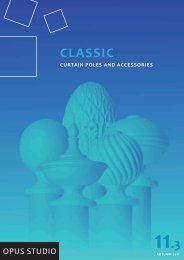 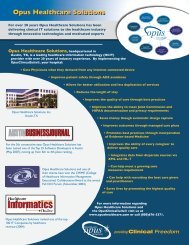 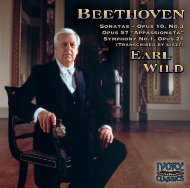