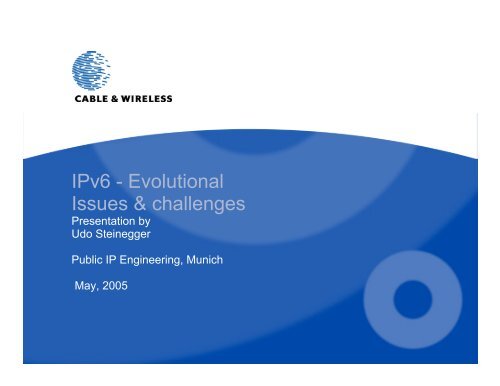 Messages Of The Day· there is a global movement to IPv6· IPv6 is inevitable for continuing market growth with newapplications (mobile markets, etc)· Our customers are demanding IPv6 services today.· Require vendors to provide full support of IPv6 in their HW /SW today (yes, we are in 2005 and not in 1999) .· No excuses anymore for intercontinental IPv6 tunnels, as thereare already enough ISPs that offer native IPv6 connectivitybetween the continents.· Swaps of full IPv6 routing tables are not needed any longer.· Strong focus on technical sanity of upstream and peeringrelationships necessary.© 2005 Cable and Wireless plc

Addressing· C&W uses 2001:5000::/21 in the core network and for staticcustomers, mobile (phone) services, etc· Internal addressing plan for IP access uses a hierarchy of/32 per country and /40 per site (allows for IBGPaggregation and confederation designs if required).· IP access customers do get /48 by default per site unlessvery good reason to do otherwise.· Hosting customers do get /48 assigned, but only /64configured on their (VLAN-) interface. In case of Firewalls orother routing devices used in the customer‘s setup, the full/48 gets routed towards the customer.· All links, regardless of interface type, do get /64 assigned tosimplify operations, IP admin, DNS and management.· No stateless autoconfig anywhere.© 2005 Cable and Wireless plc

IS-IS· Multitopology IS-IS is being used to seperate IPv4and IPv6 topologies:– to be able to „route around“ devices that are not IPv6aware (important for the roll-out phase, to not blackholeIPv6 traffic).– to have the opportunity for different link costs for IPv4and IPv6 (differing topologies).· IS-IS carries only loopbacks and backbone links, whilethe rest is in IBGP.© 2005 Cable and Wireless plc

Juniper E-Series (ERX)· No IS-IS support for IPv6 at all (not even speaking ofmultitopology IS-IS).· Juniper charges a premium amount per IPv6 license.(IPv6 is a basic requirement nowadays and not justsome sort of optional exotic feature)☛ successfully prevents deploymentof IPv6 in large scale residentialDSL market© 2005 Cable and Wireless plc

CiscoThere is no IOS code, that we have tested, for theplatforms 7500 and 12000, without severe issues.· 12.0S has IPv6 support only for GSR12.2S only for 7500☛ no common code base possible for 7500 and GSR· 12.2S with all required features (12.2(25)S*) has newCEF code wich shows serious problems („show ceftable consistency-check“ is your friend)· Bad to no performance on the deployed GSR E0/E1linecards.· Infamous BGP „ghost route bug“ (IOS forgetting tosend BGP withdrawl; still unfixed for years)© 2005 Cable and Wireless plc

Section fourBreak on through tothe other side…of the AS Border

US Internet Exchange Points vs. TheWorld· While in Europe and Asia the exchange points alreadyhave IPv6 on the same LAN/VLAN structure as IPv4,some of the US IXPs still have IPv6 physicallyseperated from IPv4 and require an extra physicalinterface from the ISPs that want to peer IPv6.☛ Unnecessary costs for hardware☛ No budget for extra hardware only for IPv6(We are speaking 5-figure plus maintenance)© 2005 Cable and Wireless plc

US Internet Exchange Points vs. TheWorld· Some of the US IXPs still use 6BONE (3ffe::/16) addressspace and refuse to convert to available productionaddress space that is reserved (ARIN: 2001:504::/30) forIXPs.☛ 6BONE address space will become invalid on2006-06-06 and IXPs have to renumber by then.• Altough some IXPs on the west coast do operate a sharedlayer 2 infrastructure and merged their IPv4 peering LANs,there seems to be political resistance to do so for the IPv6peering LANs.Unfortunately this seriously hinders native IPv6 connectivitybetween the ISP and the research community.© 2005 Cable and Wireless plc

Observed Problems:Insane TunnelsTunnels that don‘t align with your physical infrastructure.• Don‘t throw transcontinental and trans-country tunnelsto external parties.☛ if you don‘t have a network with physically largecoverage, then don‘t pretend you do! Usetransit/peerings who have the necessary IPv6 footprint!• Your IPv4 transits might provide IPv6 transit only viatunnels from some central hubs.☛Those tunnels are ok, as they encourage your IPv4transit to further invest into native IPv6 deployment.☛ demonstrated demand.© 2005 Cable and Wireless plc

Observed Problems:Misconfigured Tunnel MTU settings· Both IOS and JunOS derive the tunnel interfacepayload MTU from the egress physical interfacepayload MTU.· Problem occurs if the egress interface MTU is largerthan the end-to-end path MTU between the tunnel endpoints.· Extremely hard to debug from a remote point of view.· Troubleshooting requires cooperation of all operatorson the (possibly asymmetric) paths between theapplications.© 2005 Cable and Wireless plc

Observed Problems:Misguided „anti-bogon“ filteringLess-specifics are not harmful.-> DON‘T filter them!Until the „IPv6 multihoming issue“ is settled, be liberal inaccepting /48 (being permissive rather than strict).Discard anything longer than /48 on EBGP(people happily leak /64 peering LANs).© 2005 Cable and Wireless plc

Problems Observed:Free TransitsThere are several reasons why people provide freeTransit.• to help others bootstrapping if the IPv4 uplinks don'tsupport IPv6* That‘s by all means encouraged· to provide redundancy uplink if ISP in question hasonly one IPv6-supporting uplink* As long as it is ensured to be backup-only (localpref,prepends, etc), it is fine as well.© 2005 Cable and Wireless plc

Problems Observed:Free Transits· to artificially enlarge the „weight“ of the own ASN in terms ofnumber of routes being advertised to peers.* There are folks that do so to gain a better standing in peeringnegotiations. Obviously this is not OK.* We have seen folks, that announce a large number of routesand in the worst case less than 25% of their routes are fromactual paying IPv4 customers that also do IPv6.* This actually prevents people from using their existing upstreamproviders for IPv6 (if existing). In turn to that, there will be nobudgets for IPv6 on the upstream providers side, as the customertraffic travels differently.• To remain „Tier 1“ by doing routeswaps (often uncontrolled).© 2005 Cable and Wireless plc

Problems Observed:Misc· DNS– ip6.int ➡ ip6.arpa transition.· Allocations / BGP announcements:– /35 ➡ /32 transition.• There are still ISPs out there, that still announce theirallocation as /35 instead of /32.© 2005 Cable and Wireless plc

ConclusionGeneral· The vendors must better support IPv6 in their gearNOW.· Some of the IXP must be more flexible and adjust theirsetup to the needs of today.· The now active IPv6 players should clean up theirsetups in order to move forward with proper routingpathes.© 2005 Cable and Wireless plc

ConclusionHints on how to get quality peers· Select your IPv6 peers carefully based an a few criteria* The peer should have a BGP local-pref structure inorder to be able to distinguish between their customersand peers/Transits.* The peer should not be a „full route swapper“, but ifthey are, then:* The peer should support BGP communities, thatenable you to control, where they propagate yourpeering routes to.* Last but not least, the peer should not give transit to nonadjacentASNs.* Do not set up inter-continental tunnels, especially notto non-adjacent networks for peerings.* Use the routes of your Transit provider instead.© 2005 Cable and Wireless plc 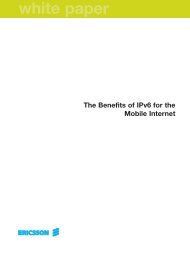 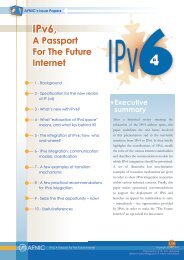 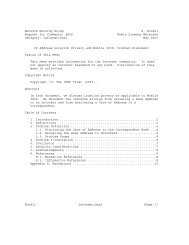 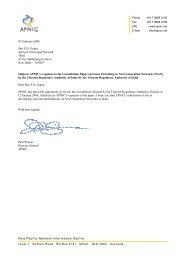 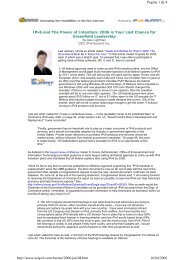 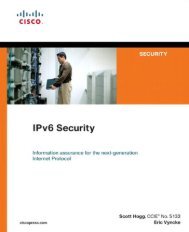 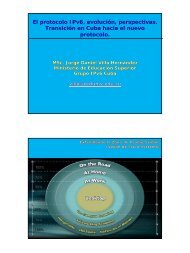 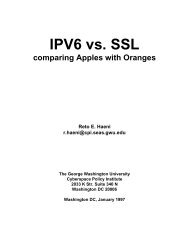 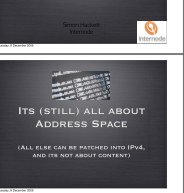 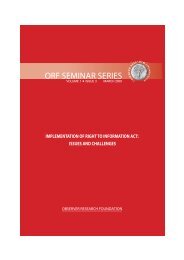 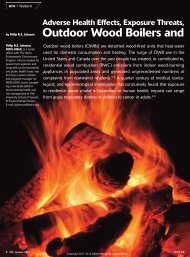 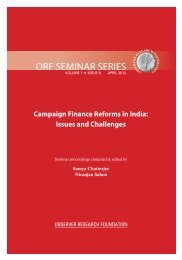 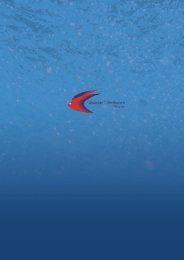 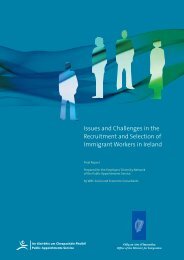 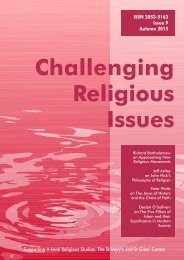 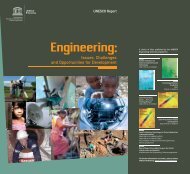 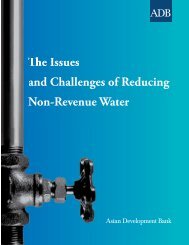