Letter to Pakistani Scholars from bin Laden - The Black Vault

Letter to Pakistani Scholars from bin Laden - The Black Vault

AFGP-2002-901188 TRANSLATION03/27/02Page 1 of 6 This document is a letter from Usama Bin Laden to the scholars ofDeyubende in Peshawar in Pakistan, this document is six pages.In the name of God the gracious and mercifulUsama started his letter with a verse from Koran from AL OUMRAN 102 O ye whobelieve! Fear Allah as He should be feared, and die not Except in a state of Islam Andhold fast, All together, by the rope Which Allah (stretches out for you), and be notdivided among yourselves;To the Respected ScholarsI am sending these words to your crowded Islamic gathering which people came to, fromvery far and different places, expressing that way the unity of Islam which does notdistinguish between nationalities and skin color and does not take in consideration,borders or barriers, you are gathering now to symbolize a great meaning in this religion,the meaning of this assembly is to triumph justice and justice allies and this meeting iscoming in a very hard time, it came when every Islamic nation is feeling either stabbed,hit or shot in its body, this meeting came in time when the Islamic nation has no morehopes for these official conferences done by the Arab and Islamic countries to makebelieve that they are fighting for the religion and its rights, ten years later, and theIslamic holy places are still under the control of the non believers forces, such as theJews and the Crusaders which, will lead the Muslims to understand that the conferencesare useless, these governments are not capable of anything and their presidents cooperatewith the enemy, the first conference that took place in Sharm al Sheikh and was presentedby non believer scholars from the international community and its allies, called for andcondemned the innocent children, the victims and the oppressed and triumphed theaggressors, this by itself is a very good proof ; that’s why the people of the nations arelooking up on you , waiting for a way out from this confusion . The nation waits for aclear Fatwa from you and a clear plan to follow so they can lift away this aggression,imposed on them, the holy places, and their children. Are you willing to participate? Oyou Honorable… I am calling up on you in a time that blood and innocent children livesare permitted…… …and holy places are being aggressed in so many countries under thenew universal regime, under the UN protection which became a clear mean ofimplementation of the plans of the universal disbelieve against the Muslims, thisorganization that is supervising with a lot of care the extermination of millions ofMuslims and is not shy discussing the human rights.Page 2 of 6(blank)Page 3 of 6 The Prophet Mohamed may peace and blessing is up on him.In the verse that was narrated by AL BOUKHARI: (A women entered heal fire becauseof a cat that she tied and didn’t feed her or let her eat from the earth insects until it died)?That was in a cat, creature of God so how can you imprison Muslim nations and impose

sanctions (economic) until dead? O God I am free from what did those and apologize toyou for those Muslims who are not doing anything to triumph and support their brotherswho are oppressed.O SCHOLARS OF ISLAM: As deep as those wounds are and as much as these crisesare multiplying, the faith in God is greater and he promise to triumph his religion andannounce that there still a sect from the prophet nation may peace and blessing be up onhim, very clear on the truth, Fighting for it and don’t get harmed by who ever betrayed oropposes them until comes God’s order and they will stay on it.So the duty -as you know – is to divide the cause, and the explanation of the cause tothese organized assemblies, that are impatient to learn from you.-Teach them that there is no dignity of triumph except with the Jihad for the sake of Allah-Teach them that the Jihad for the sake of Allah does happen only through a jama’a or agroup that listen and obey the one EMIR, that God will unite the nation, so there won’t beseparation, and preserve the entity of the nation so it won’t be torn, like the prophetMuhamed may peace and blessing be up on him, said in the Hadit Al Harrit Al Asha’rigod bless him:(I order you with five, God advised me with and they are: the group,listening, obedience, migration, and the Jihad for the sake of Allah; so in order to keepthe entity of Islam you have to follow these advises) TC: there are more Ahadits aboutstaying together in the Jama’a and preserving the entity and the religion and who everdies with out pledging the allegiance will have a Jahilia dead (before Islam) Teach themthat there is no Islam without a group, and no group but with an Emara (leadership) andno leadership without listening and obedience. And you know that God send to thisIslamic nation in these very hard days, the establishment of an Islamic nation that willfollow the Chair’s of Allah, and will hold the taw hid flag , and it is in the IslamicAfghanistan with the leadership of Mula Omar God bless him. Your duty is to invitepeople to stay in this Emara and triumph it with most expensive (lives and money) andstand up with this nation to confront this deadly currant of universal disbelievers.Page 4 of 6 (blank)Page 5 of 6To accomplish that we hope that you include the advises of the conference,-The invitation to triumph the Islamic leadership (Emara) in Afghanistan with all themeans:Your life; and that by encouraging the youth, to join the Jihad and preparation inAfghanistan because the Jihad in such conditions right now is a must and a duty for thenation.With money and that by inviting the rich to spend their fortunes on this Emara and givetheir charities to it and invest their commerce in it.To spread the word by implementing the Fatawa in the Sharia’a in this Emara and themust to triumph it.

In this occasion, I would like to let you know that some of the Arab peninsula scholars,and others starting with the sheikh HAMUD BIN AKLA AL SHABI, he advised theCharia’a of that Emara and the duty to triumph it and insisted that it was the only nationthat follows God’s Charia’a (legislations) right now, going by the Charia’a texts that areso many .TC: two Hadits to implement that.Because of these religious texts and others I insist that you pledge the allegiant to ALMula omar after doing my self and I hope that is truthful for God’s sake because he isyour brother that follows and leads according to the Charia’a of God.O Honorable:The nation is waiting from you what God advised us hold on to the truth and not to beafraid like God said Koranic verse (Al ahzab)( It is the practice of those)Who preach the message of Allah, and fear him, and fear none but Allah. And enough isAllah to call (men) to account.)And God said :( And remember. Allah took a covenant from the people of the book, tomake it knownAnd in the end accept from us our thanks and prayer to stay on this path.And we hope that God will make us with you from who he mentioned.Koranic verse (O ye who believe!If any from among youTurn back from his faithSoon will Allah Produce?A people whom he will loveAs they will love him,-Lowly with the Believers,Mighty against the rejecters,Fighting in the way of Allah,And never afraidOf the reproachesOf such as find fault,That is the Grace of Allah,Which he will bestow On whom he pleaseth. And Allah encompasseth all. And heknoweth all things.YOUR BROTHER / USAMA BIN MUHAMED BIN LADEN 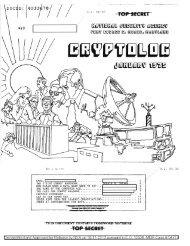