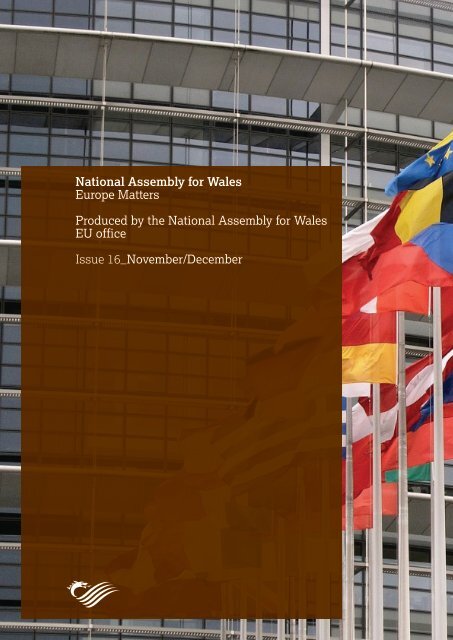 IntroductionI am delighted to welcome you to the 16th issue of Europe Matters, our monthlyupdate on the work of the National Assembly for Wales on European issues.I would like to pay special tribute to Rhodri Morgan AM, who stepped down as FirstMinister on 8 December. Rhodri is a keen European, and advocate of an activeWelsh voice in the European Union, through his regular update to the European andExternal Affairs Committee on the work of the Assembly Government in this area.I look forward to working with his successor, Carwyn Jones AM.Changes in Wales are mirrored by changes in Brussels, where there has been aflurry of activity following the ratification of the Treaty of Lisbon at the beginningof November, which finally came into force on 1 December. One of the first actionswas the agreement of appointments to the two new “top jobs” created by theTreaty (the offices of President of the Council and High Representative to the EU).This was followed at the end of November with the announcement by PresidentBarroso of his proposed allocation of portfolios to the nominees for the newEuropean Commission. The latter, will have to be formally approved by the EuropeanParliament, with hearings scheduled to take place in mid-January. The four WelshMEPs will be actively involved in this process.The Treaty of Lisbon which includes formal recognition of regional parliaments forthe first time in an EU treaty will have direct implications for Wales because of thenew subsidiarity protocol. The European and External Affairs Committee carriedout an inquiry during 2008 on the implications this would have on Wales, and therehave been a range of discussions since. For example, the subsidiarity protocol wasdiscussed at a recent meeting between Lord Dafydd Elis-Thomas from the NationalAssembly for Wales and the Presiding Officers of the other devolved legislatures inthe UK. We look forward to working with colleagues in the devolved legislatures andHouses of Parliament in the UK to implement the new protocol in practice.These developments resonate with the work of the All Wales Convention andthe timely publication of its report in November which called for a referendumin the future over increased devolution of powers to Wales. A similar debate isongoing in Scotland through the work of the Calman Commission and the ScottishGovernment’s own political priorities. There are likely to be implications in termsof monitoring and implementing EU legislation should new legislative powers betransferred from London in the future.On 9 December we published the Committee’s interim report of the inquiry into thefuture of EU Cohesion Policy, and look forward to presenting the key conclusionsand recommendations in Brussels on St David’s Day, 1 March 2010, to a Europeanaudience. With over £2 billion of EU funding coming to Wales for the period 2007-2013 this is a very important policy area. We aim to ensure that Wales is activelyengaged in the debate over the future policy that will intensify during 2010-2011.This debate takes place within the wider context of the EU Budget Review and thestrategic priorities of the new Barroso Commission. This will include the successorto the Lisbon Strategy - likely to be known as the EU2020 Strategy. The Europeanand External Affairs Committee is following these issues closely and will carry out aninquiry into the EU Budget Review during 2010 which will include reference to thewider debates on the future of Lisbon Strategy, Cohesion Policy and the Common

Agricultural Policy.I would like to congratulate Christine Chapman AM, the Assembly’s representativeon the Committee of the Regions, for the successful adoption of her own-initiativereport on the future of the Lisbon Strategy. It is an excellent example of Wales takingcentral stage in Brussels in the debate over this key European strategy.On 2 November I had a very fruitful meeting with the four new Welsh MEPs, wherewe discussed the work of the Committee and the ways in which we can worktogether on issues of common interest to Wales.As far as the Assembly’s other Committees are concerned, the Enterprise andLearning Committee’s inquiry into generating jobs in the green economy isparticularly relevant in the context of the EU response to the economic and financialcrisis, and the expected priorities of the EU2020 Strategy, the successor to theLisbon Strategy. They held their first evidence sessions in November and the inquiryis expected to conclude in the first term of 2010.The Sustainability Committee is expecting to adopt reports on flooding and carbonreduction in early 2010 and the Rural Development Sub-Committee will shortlypublish the results of its inquiries into the dairy industry in Wales and the future ofthe uplands.Finally, I was privileged to take part in two events in November celebrating landmarkevents in recent European history. The first, to mark the 20th anniversary of thefall of the Berlin Wall was an event hosted by Cardiff Council and the EuropeanCommission’s Office in Wales; at the second, I opened a photographic exhibitionon the Baltic Way – an iconic moment in history that also took place 20 years ago,shortly before the fall of the Berlin Wall. More than a million courageous peoplejoined hands to create a continuous human chain that extended for 600 km andlinked the 3 Baltic State capitals.Sandy MewiesChair of the European and External Affairs Committee

EU related topics in the Assembly’s CommitteesEuropean and External Affairs Committee––Inquiry into Future of EU Cohesion Policy: the Committee adopted its interimreport on 1 December, for publication on 9 December. This followed final evidencesessions on 3 November with the Conference for Peripheral and MaritimeRegions (CPMR) and officials from the UK Government’s Department for BusinessInnovation and Skills.––2010 European Year for Combating Poverty and Social Exclusion: theCommittee held sessions on 17 November and 1 December, taking evidencefrom the Minister for Social Justice and Local Government Bryan Gibbons AM,officials from the Department for Work and Pensions, which has overall lead on theEuropean Year in the UK, the Anti Poverty Network Cymru and Children in Wales.––CALRE: the Committee received an update from the Deputy Presiding Officer,Rosemary Butler AM on 3 November about the participation of the Assembly inCALRE, the European network for regional legislatures and assemblies.––European Commission: on 17 November the Committee received an updatefrom Andy Klom, Head of the European Commission’s representation in Wales, onthe outreach and other activities of his office during 2009.––First Minister’s Report: Rhodri Morgan AM, gave his final update to Committeeon 1 December before stepping down as First Minister, where he spoke aboutthe international activities of the Welsh Government, as well as developments ina number of European policy areas such as future of Cohesion Policy, the LisbonStrategy and the EU Budget Review.Enterprise and Learning Committee––Generating Jobs in the Green Economy: the Committee held its first evidencesessions in November, including scrutiny of the Deputy First Minister, Ieuan WynJones AM, and the Minister for Environment, Sustainability and Housing, JaneDavidson AM, as well as evidence from Cardiff Business School.Sustainability Committee––Flooding and Carbon Reduction: the Committee will publish the reports from itsinquiries into Flooding in Wales and Carbon Reduction in Wales in early 2010.––Access to inland waterways: the Committee took evidence from a broad rangeof Welsh stakeholders at its meetings on 5 and 12 November, and this inquiry willcontinue into 2010.– – Scrutiny of Government Sponsored Bodies: the Committee will carry out aninquiry during 2010 into the Welsh Government sponsored bodies in Wales, whichincludes the Environment Agency, Countryside Council for Wales and the NationalParks. This is likely to cover implementation in Wales of the provisions of a numberof EU Directives, including the Habitats Directive.

Rural Development Sub-Committee––Future of the Uplands in Wales: the sub-Committee is undertaking an inquirylooking at the economic, social and environmental future for the Welsh Uplands,and on 23 November held its meeting in Tregaron, Ceredigion, to discuss thechallenges and opportunities with the Farming Unions, National Parks andCambrian Mountain Society. This followed an evidence session on 19 Novemberwith the National Trust, the Uplands Forum and the Forestry Commission.––Dairy Industry in Wales: the Sub-Committee published the report from its inquiryin November 2009– – Wine, beer and cider production: the Sub-Committee is planning to carryout an inquiry into the Welsh wine, beer and cider industry during 2010, whichis expected to look at examples of best practice from other parts of the world,including New Zealand.

External activities of Members on Assembly business––Presiding Officers of the Devolved Legislatures: the Llywydd, Lord Dafydd Elis-Thomas AM, participated in the annual meeting of the Presiding Officers of thethree devolved legislatures, joining Alex Fergusson MSP (Scottish Parliament) andWilliam Hay MLA (Northern Ireland Assembly). Amongst the issues they discussedwere the implications of the subsidiarity protocol of the Treaty of Lisbon.––Committee of the Regions: Christine Chapman AM’s opinion on the Future of theLisbon Strategy was adopted at the CoR plenary on 3 December.––British-Irish Parliamentary Assembly (BIPA): Mike German AM, visited Brusselson 15-16 November as part of a delegation from the European Affairs Committee,who are carrying out an inquiry into regional economic spaces and macro regionsacross Europe. The Committee will visit Stockholm on 13-14 December for furthermeetings on this inquiry, including the Swedish Government, which was the keydriver behind the adoption of the Baltic Sea Strategy at end of October, which is anexample of a European macro region.––On 17 November, Sandy Mewies AM, Chair of the European and External AffairsCommittee was a keynote speaker at an event to commemorate the 20thanniversary of the fall of the Berlin wall. The event was held Cardiff CityHall and chaired by Andy Klom, Head of the European Commission Office. Thedistinguished guests included Councillor Rodney Berman, Leader of CardiffCouncil, Marcin Grabiec, Private Office of European Commission Vice PresidentMargot Wallström, Halina Ashley, Director of the Polish Cultural Centre in Llanelli,Peter Ferday, Czech Honorary Consul and Helga Rother-Simmonds, GermanHonorary Consul.––On 19 November Sandy Mewies AM spoke at a photographic exhibition at theTemple of Peace, Cardiff, “The Baltic Way That Moved the World”, whichcelebrated the 20th anniversary of ‘The Baltic Way’, when more than a millionpeople joined hands to create a continuous human chain that extended for 600km and linked the 3 Baltic State capitals. The event was hosted by the new LatvianAmbassador to the UK, His Excellency Mr Eduards Stiprais, who was on his first visitto Wales, and the Latvian Honorary Consul, Mr Andris Taurins.International and other VIPs visiting the Senedd––On 26 November the Secretary of State for Wales, Peter Hain MP, visited theAssembly and addressed the plenary session––On 1 December His Excellency Mr Fakhraddin Gurbanov, Ambassador ofAzerbaijan to the United Kingdom visited the Assembly on his first official visit toWales.– – On 2 December the Assembly hosted a reception to celebrate the 60thanniversary of the modern commonwealth, with keynote addresses by thePresiding Officer and Commonwealth Parliamentary Association Wales BranchPresident Lord Dafydd Elis-Thomas AM and Branch Chair Janet Ryder AM, and apersonal message delivered on behalf of Commonwealth Secretary General MrKamalesh Sharma.

Links––National Assembly for Wales homepage––Assembly Business Notice––Committee pages––Members’ Research Service pagesFor further informationContact:Gregg Jones, Head of Office (Gregg.Jones@wales.gsi.gov.uk)National Assembly for Wales EU OfficeWales House6th FloorRond Point Schuman 111040 BrusselsBelgiumTel: 0032 (0) 2226 6692Mobile: 0044 (0) 7816 164 455OrNational Assembly for Wales International Relations TeamExternal CommunicationsTy Hywel (3rd floor)Cardiff BayCardiff CF99 1NATel: 0044 (0)29 2089 8642/8897assembly.bookings@wales.gsi.gov.ukWe welcome communication in either English or Welsh.This email has been sent to you as we think it may be of interest to you. Ifyou do not wish to receive future editions of this newsletter, or if you havenot received this directly and would like to add your name to the mailing list,please email Gregg Jones. 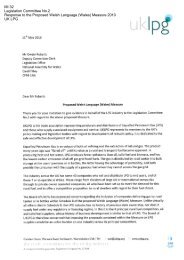 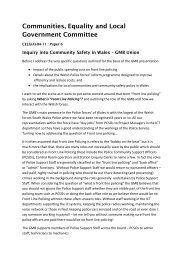 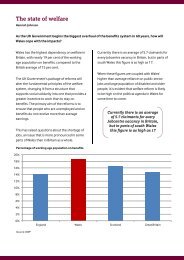 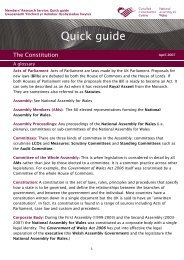 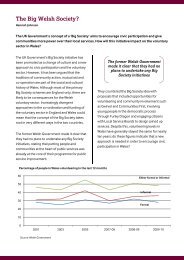 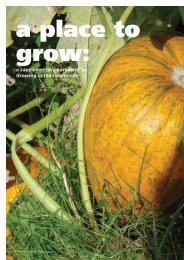 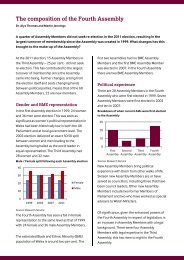 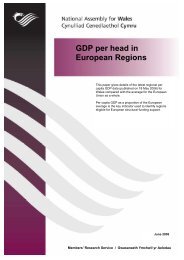 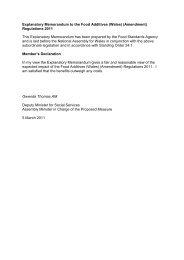 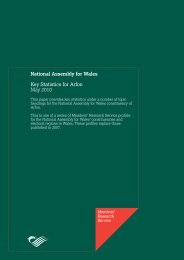 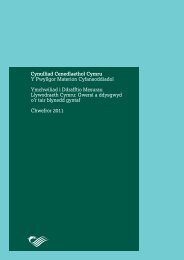 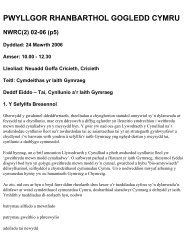 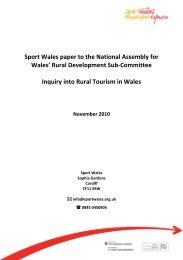