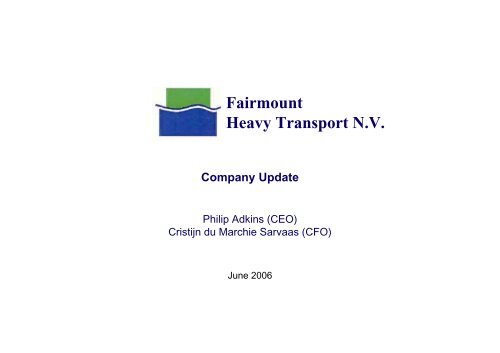 Background• Fairmount Heavy Transport NV (“FHT” or “the Company”) was established in August 2005 withthe aim to convert two modern state-of-the-art semi-submersible barges to self-propelled heavytransportation vessels able to transport “high value / high spec” floating and non-floating cargoesover long ocean distances• FHT raised MUSD 50 in a private placement in July 2005 to fund the project• The barges were purchased in August for MUSD 45 and renamed FAIRMOUNT FJELL andFAIRMOUNT FJORD.• The conversion will be based on proven technology at a reputable conversion yard, MaltaShipyards Ltd. FAIRMOUNT FJORD is at the yard. FHT expects to take delivery of the convertedvessel in Q4 2006.• FAIRMOUNT FJELL will be delivered to the yard upon completion of the present AMP2 topsidetransportation and float-over project, expected to be Q4 2006. The conversion period ofFAIRMOUNT FJELL planned to take five months.• The project will take advantage of a favorable market characterised by tight supply, growingdemand for services and no newbuilding activity• The conversion cost is calculated to amount to MUSD 82.5. These largely fixed price contractsalso include penalty clauses for late delivery of the vessels.Private and confidential – Page 3

ConversionVessel design improvements• In 2005, the Company planned for the conversions to take place in Q3/Q4 2006. The estimated budget forconversion of the two barges to vessels was MUSD 60.• The conversion has been postponed as the Company saw the clear benefit of:• More detailed and accurate design of the scope of work, and therefore a larger degree of firm prices from yards• Performing a model test to optimise speed and directional stability performance• This resulted in several important design improvements …• Propulsion system based on heavy fuel instead of marine diesel• Increased steel weight (based on new DNV rules)• Re-location of propellers for maximum speed and sea keeping capabilities, and design of a special bulbous bow• Advanced auto pilot steering system• Preparations for compliance with notations such as redundant propulsion (RP) and future dynamic positioning class 2 (DP2)• … and significant competitive advantages for FHT• Largely fixed prices for conversion, limiting the possibility of future cost overruns• Increased speed of 1.0 knot through optimising the location of the thrusters• Annual savings of MUSD 2.5 – 3.0 of fuel costs (heavy fuel rather than marine diesel)Private and confidential – Page 7

FinancialsProject economics• Company’s base business case generates a healthy USD 14,000 free cash flow per vessel per day• Key assumptions:• USD 41,000 net revenues per day per vessel after conversion (annualised).• Opex/G&A after conversion estimated to be USD 9,900 per day per vessel• Interest rate cost of 7-8%• Straight line depreciation over 25 years• Tax 0% year 1-10 (Dutch tonnage tax), abt 5% thereafter• Breakeven analysis• Solid business case even at lower day rates andutilisation levels• Opex and G&A are covered at a day rate of USD 27,000• Based on a day rate of USD 41,000 (base case) thebreakeven rate is 55% utilisation.Cash flow to equity holders (USD)USD per vessel per day Base caseT/C equivalent 41,000Opex / G&A 9,858-Interest 7,548-Loan repayment 9,589-Free cash flow to equity 14,005Opex/G&A based on full year 2008; Interest based on $76m at7.25%; Repayment based on $60m with 12 year profile and $16mwith 8 year profilePrivate and confidential – Page 12

Contact detailsFairmount Heavy Transport NVWorld Trade CenterPO Box 302393001 DE RotterdamThe NetherlandsT +31-(0)10-405 1290E cristijn@fairmount.nlW www.fairmountht.nlThis material has been prepared by Fairmount Heavy Transport NV (“FHT").This material is for distribution only under such circumstances as may be permitted by applicable law. It has no regard to the specific investment objectives, financialsituation or particular needs of any recipient. It is published solely for informational purposes. No representation or warranty, either express or implied, is provided inrelation to the accuracy, completeness or reliability of the information contained herein, nor is it intended to be a complete statement or summary of the securities,markets or developments referred to in the materials. It should not be regarded by recipients as a substitute for the exercise of their own judgement. Any opinionsexpressed in this material are subject to change without notice and may differ or be contrary to opinions expressed by other business areas or groups of FHT as a resultof using different assumptions and criteria. FHT is under no obligation to update or keep current the information contained herein. Neither FHT nor any of its affiliates, norany of FHT’s or any of its affiliates, directors, employees or agents accepts any liability for any loss or damage arising out of the use of all or any part of this material.© 2006 Fairmount Heavy Transport NV. All rights reserved. Fairmount Heavy Transport NV specifically prohibits the redistribution of this material and accepts no liabilitywhatsoever for the actions of third parties in this respect.Private and confidential – Page 17 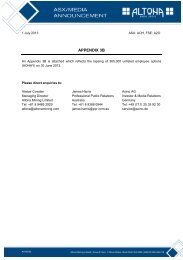 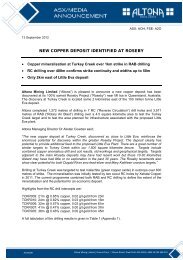 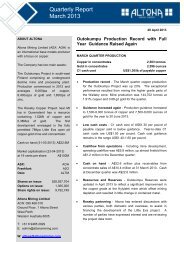 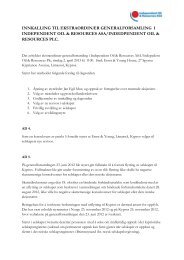 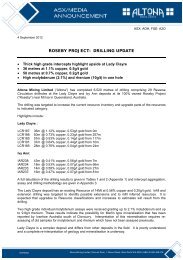 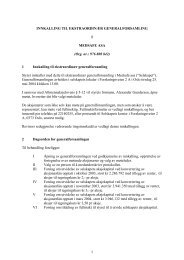 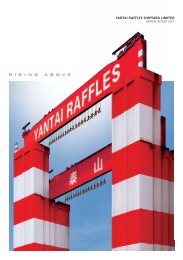 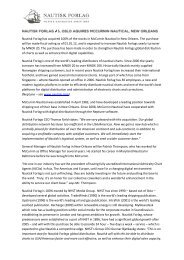 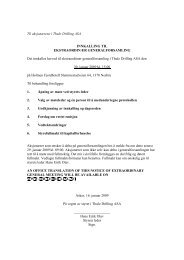 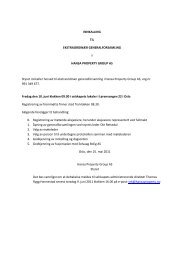 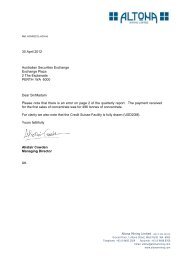 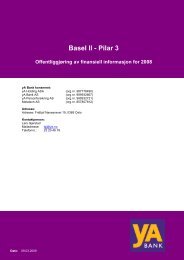 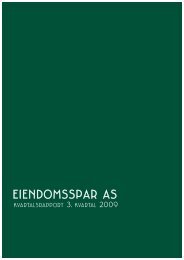 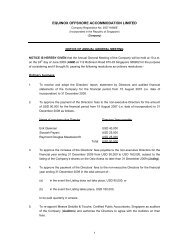 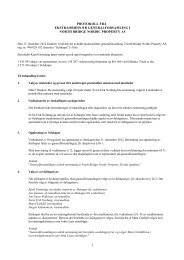 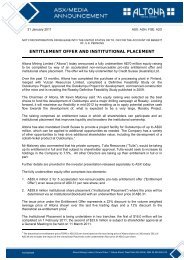 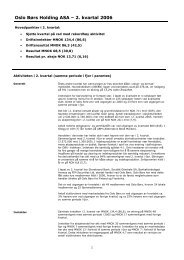 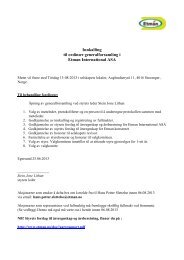 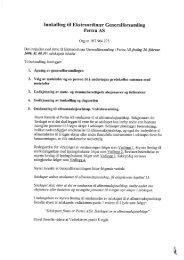 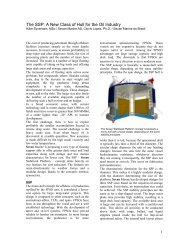 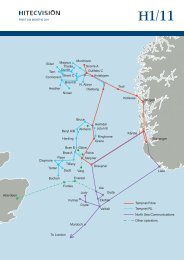 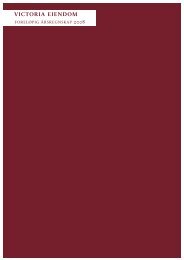 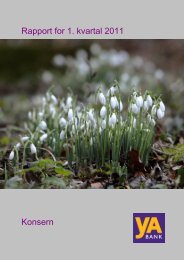 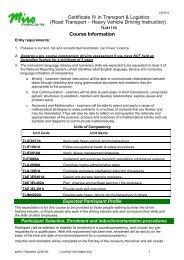 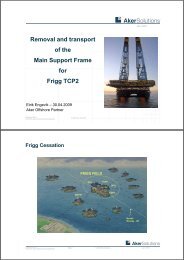