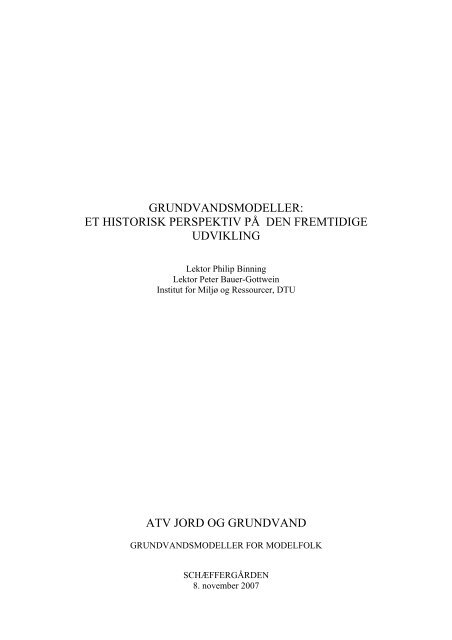 ABSTRACTGround water modeling has a rich history with four parallel streams of development. Groundwater theory and analytical models have evolved simultaneously over the last 200 years.Numerical models arose in response to the availability of scientific computing facilities fromthe 1950s onward, and user friendly commercial and public domain models followed thearrival of personal computers in the early 1980’s. The arrival of user friendly software doesnot reflect a maturation or stagnation of the discipline. Important new developments in groundwater modelling include a movement away from programming, toward using higher levelPDE solvers, with more focus on the problems and less on the development of new numericalmethods. New types of data, and integration of that data into models will continue to be afocus area. Finally, the boundaries of the discipline of ground water will continue to beextended and blurred as it becomes important to integrate groundwater into other dynamicsystems.INTRODUCTIONIn 2001 Schwartz and Ibaraki published a very provocative discussion paper in which theyhypothesized the maturation of the discipline of hydrogeology where most of the majordiscoveries have been made and the number of impactful publications is dwindling /1/. Hisanalysis was based on trends in citation and publications databases. This paper was followedby a strong rebuttal by Miller and Gray /2/, who provided a list of unresolved challenges inground water - a list worthy of the attention of a whole new generation of hydrogeologists.In this context it is worth reviewing the history and future perspectives for ground watermodeling. Is it a mature discipline or one that is vibrant and growing? Where are thechallenges in ground water modeling? There has been an explosion in the number ofpublications in groundwater over the last 2 centuries. Has the discipline reached a saturationpoint, or does there continue to be fundamental advances? What will our future groundwatermodels look like?Methodologically, this review presents considerable challenges. References and citations areprovided to important events in the history of the discipline. However, in the interest ofmaintaining a compact presentation, not all key authors and their papers are presented. Thereview attempts to identify some important issues and trends in the discipline withoutattempting to provide a comprehensive overview of the subject.HISTORYThe development of ground water modeling is occurring in four parallel streams, developmentof new theory, analytical solutions, solutions using numerical methods, and application inuser friendly modeling systems. Ground water theory has steadily developed over the last twocenturies (Table 1). New breakthroughs in our conceptual understanding have occurredregularly during that period and continue up to the present. Analytical modeling has occurredparallel to the theoretical development and continues to be important today. The potential ofnumerical models for ground water was recognized very early in the development ofcomputing with foundations of numerical modeling being laid in the 1950’s to 1970’s. With

that new numerical methods for the solution of Richards equation continue to be regularlypublished. Similar developments have occurred in all areas of numerical modeling.The advent of cheap and powerful personal computers has meant that research models arenow becoming widely available to practitioners. The 1980’s and 90’s have seen an explosionin the availability of commercial and public domain groundwater models. Such a developmentcould be interpreted as a sign of the maturity of the field of ground water research, with a longera of development in theory and solution techniques, now culminating in an array ofcommercial and public domain products. But, this is a misleading analysis. Rather, theappearance of widely available models reflects easy access to technology. As demonstratedabove, groundwater continues to be a very active area of research. With societal pressure forscientists to demonstrate applicability, it is likely that developments of new theory andnumerical models will continue to be closely followed by the release of commercial software.

these barriers are increasingly being overcome /49/. The launch of the Grace satellite meansthat sensitive gravimetric readings are now also available via remote sensing. The Gracesatellite has a bigger footprint (~300km) than earth based instruments, but is being used tocalibrate hydrological models at cm vertical resolution on the continental scale /50/. This isbut one example of the considerable advances that are being made in techniques forcharacterizing ground water systems.Parallel to improvements in data that can be used to calibrate groundwater models areimprovements to model calibration methods. Calibration tools are now available that can becoupled to any model /51/ and techniques for evaluating model uncertainty are becomingmore sophisticated /52/. Statistical methods are being developed to assist in model choice /53/and data assimilation techniques developed in meteorology allow for the dynamic calibrationof ground water models /54/. All these developments will enhance our ability to analyse andidentify new avenues of ground water research.WHERE ARE THE BOUNDARIES OF THE DISCIPLINE OF GROUND WATER?If a narrow view of groundwater is taken, for example, that the “groundwater hydrologist isprimarily concerned with the water contained in the zone of saturation” /55/, then it could beargued that ground water is a mature discipline, with the most important developments havingoccurred long ago. But as Freeze and Cherry /56/ so succinctly stated “We shall retain thisclassical definition, but we do so in full recognition that the study of groundwater must rest onan understanding of the subsurface water regime in a broader sense”. This viewpointcontinues to be as relevant today as it was 30 years ago. Much of the development of thediscipline is occurring at its fringes, where groundwater interfaces with other physical,chemical and biological systems. These could be new work on ecohydrology, theoreticaladvances in multiphase flow, applications to carbon dioxide sequestration, interfaces toclimate models and global carbon balances, or the coupling of groundwater into humanmanagement systems, to name a few areas of current research interest.Amongst the most important trends in the development of new numerical models is a trendtoward integration. In this regard, the development of groundwater models has an interestingparallel with climate models. Climate models have gradually increased in complexity, withincreasing numbers of processes and more sophisticated coupling between them (e.g. figure1.2, page 99 /57/). One of the challenges with this type of modeling is that it is highly interdisciplinaryand requires huge resources. Hence some of this development is occurring incollaboration with institutions like the USGS /58/, or in commercial software concerns likeDHI, with their MIKE series of products /38/. Researchers play an active role in thesedevelopments. One example of an integrated model that illustrated this trend is thedevelopment of a snow/ice/groundwater model designed to simulate hydrogeological systemsover geological time scales to study climatic impacts on groundwater /59/.CONCLUSIONIs groundwater research dead? No! It is looking up! Upward toward the land surface wherethere is intensive research being conducted on the interaction of the groundwater system withother components of the hydrological system. Future groundwater models will allow 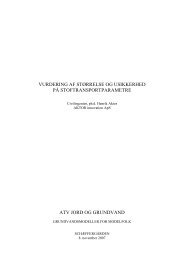 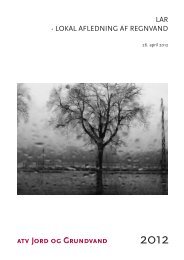 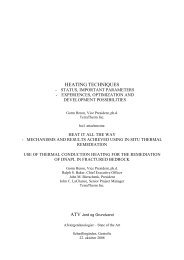 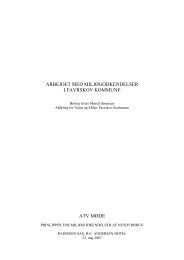