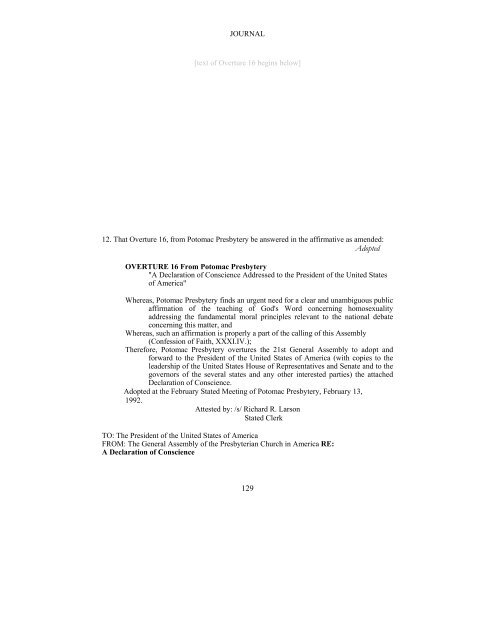 MINUTES OF THE GENERAL ASSEMBLYNevertheless, the New Testament is quite graphic in its warning that theprevalence and approval of homosexual practice in a culture is a sign of the judgment ofGod upon those who reject His rule.For this reason God gave them over to degrading passions; for theirwomen exchanged the natural function for that which is unnatural, andin the same way also the men abandoned the natural function of thewoman and burning in their desire toward one another, men with mencommitting indecent acts and receiving in their own persons the duepenalty of their error. Romans 1:26-27.In the understanding of the New Testament, moral darkness has descended over apeople who, though perhaps not given to such perversions themselves, nevertheless,"give approval to those who practice them" (v. 32).In addition, we would bring to your attention the disregard for the familyimplicit in any public sanction of homosexual practice. Such policy will generateconfusion and contradiction as parents seek to foster and nurture the God-given sexualidentity of their children. The delicacy of the formative experiences of children inrelation to what is publicly approved by our national leadership is incompatible with a"value-neutral" approach which necessarily distorts the value-laden realities of sexualityas created by God. Our American civil government has historically respected thefamily's primacy in such matters, and has sought to nurture it. Any policy whichlegitimizes homosexual practice abandons this time-honored tradition.To conclude, while condemning homosexual practice, we affirm our duty tolove and do good to all, even those who are pursuing this perversion. But for us suchlove includes the responsibility to speak the truth in love. The truth is that our nationwill suffer grievously if accommodated to this perversion. More profoundly, however,the truth is that those given over to homosexual practice will face the judgment of God.We understand the gospel to teach that there is no hope for such persons until they seethis truth, embrace it, and turn away from their perversion through the power of JesusChrist. Thus love requires that we bear witness to their hopeless condition in order thatthey might find hope. Love forbids our silence in the face of the eternal consequencesof believing a lie.As citizens of the United States we share with others in our community theblessings or curses that follow from the acts of our civil government. God Himself isthe Author of sexual distinctions and the complementarity that finds its fulfillment inthe loving union of a man and woman in marriage, and which is designed to producethat new life which is the natural and blessed fruit of that union. You should understandthat the God Who created the world and Who rules it even now is neither ignorant ofnor indifferent to what the government of the United States of America will do withregard to His institutions. The people of our country and their elected leaders must giveaccount of themselves to God. Our prayer is that you will stand against any and everypressure that would be brought to bear on your Administration by those who wouldlegitimize homosexual practices.132

JOURNAL12b. That Communication #4 from North Georgia Presbytery be answered byreference to response to Overture 16.NOTE: The Committee on Bills and Overtures adopted this recommendation bya vote of 24 – 0 – 1 as noted in their minutes. Unfortunately it was notreported to the 21st General Assembly.COMMUNICATION 4 From North Georgia Presbytery"Resolution on Ban on Homosexuality in the Military"The following resolution to be communicated to President Bill Clinton andSenator Sam Nunn was unanimously adopted by the Presbytery of NorthGeorgia of the Presbyterian Church in America at its Stated Spring Meeting inMarietta, GA, on April 20, 1993:Whereas, the Bible is clear that sodomy is not a civil right but is rather anabominable sin and crime in God's sight, (see e.g. Leviticus 18:22;20:13; I Corinthians 6:9), andWhereas, the Bible is also clear that cultures that allow this heinous evil to gounchecked put themselves in the way of God's judgment, (e.g. Genesis19, Leviticus 18:24ff; Romans 1:26-32), andWhereas, military service requires discipline and interaction of such a naturethat toleration of homosexuality will have a detrimental impact on themorale and effectiveness of the military, andWhereas, professional military leaders appear predominantly opposed to liftingthe ban on homosexuality in the military,Therefore Be It Resolved that the ministers, elders, and churches of the NorthGeorgia Presbytery of the Presbyterian Church in America are stronglyand solidly opposed to the lifting of the ban on homosexuality in themilitary for reasons of both a moral and a prudential nature; and that wehereby request our civil leaders to resist every effort to lift this ban.North Georgia Presbytery ordered that this resolution be sent to the GeneralAssembly also.Attested by: /s/ Bob ValentineStated Clerk133 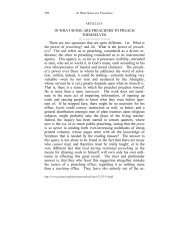 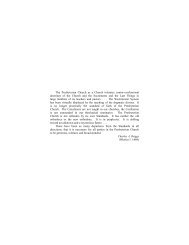 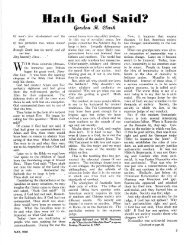 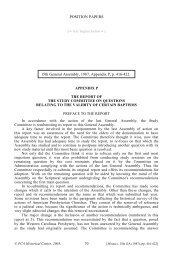 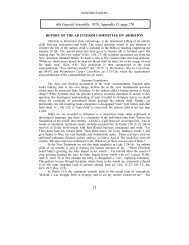 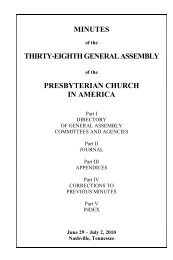 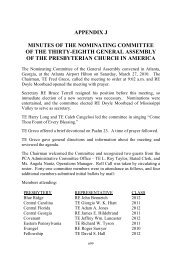 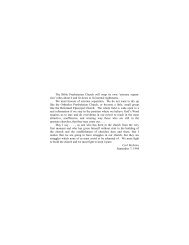 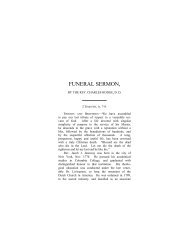 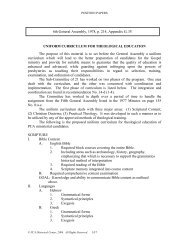 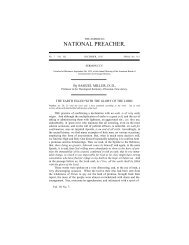 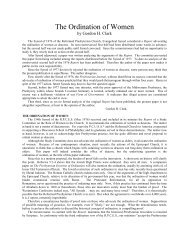 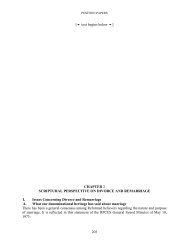 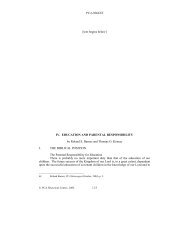 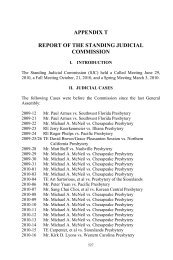 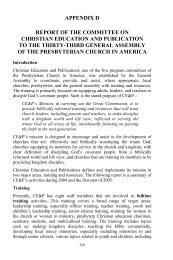 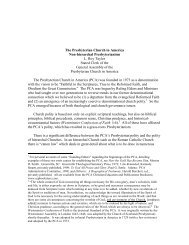 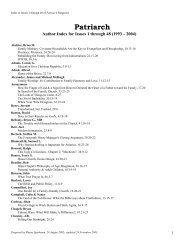 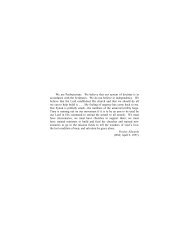 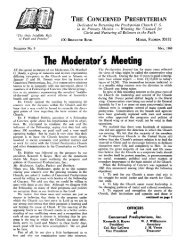 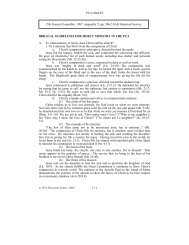 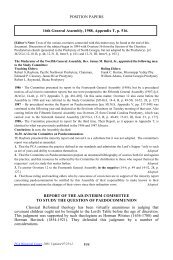 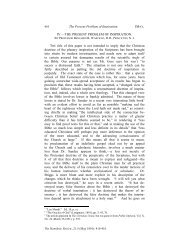 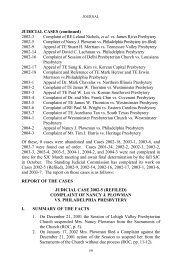 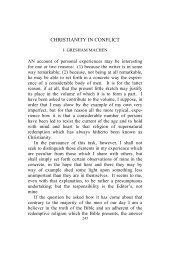 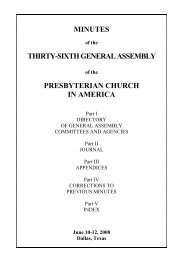 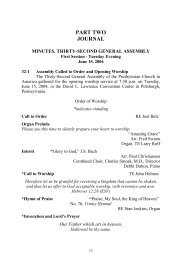 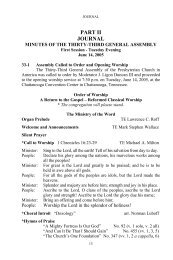