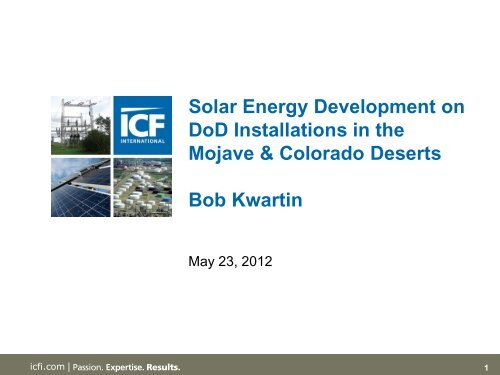 Solar Energy Development on DoD Installations in the Mojave - E2S2

Solar Energy Development on DoD Installations in the Mojave - E2S2

e all lands within a study area are classified with a singast suitable feature encountered at each location.Suitability Analysis – Worst Score is Final Scoreposite Map Overlay Preserves the Highest Rating (icfi.com |15

Southern California Wholesale Power PriceProjections: Background• ICF’s proprietary economic modeling software, Integrated PlanningModel (IPM®) was utilized– Software is used by EPA, utilities, generators, and others to understandshort-term and long-term U.S. electricity market dynamics• Input and other assumptions from EPA’s latest Base Case 4.10• Though physical power and RECs are bundled in CA, they arebroken out in the study for analytic clarity• On-peak and off-peak prices were modeled and utilized in the study;their weighted-average is displayed in graphs here• Projections in real 2010 dollars were converted to nominal dollarsusing 3.66% annual inflation rateicfi.com |33

Analytical Cautions• The analysis is only as good as the data, which were oftenincomplete, coarse-scale, old, or poorly documented.• Technical and economic potential numbers were based on GIS andeconomic analysis. Reality will inevitably be more complex and theresults smaller.• Within an unclassified study, there were some issues (e.g., missioncompatibility) that could not be as thoroughly explored as we wouldhave liked.• As with any forecast/projection, the results are subject to theevolution of technology, policy and markets.• The potential numbers are an upper limit to show what is possible,however it is extraordinarily unlikely that DoD would need or want tobuild out the full potentialicfi.com |37 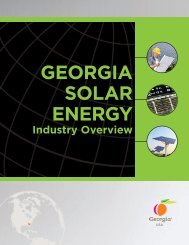 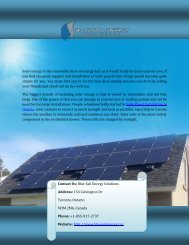 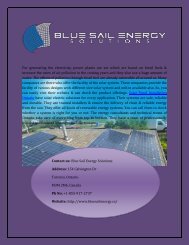 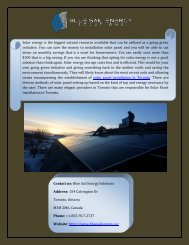 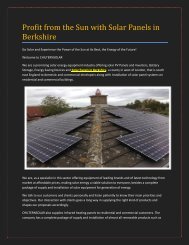 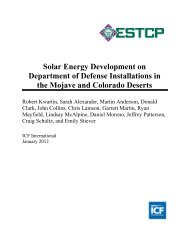 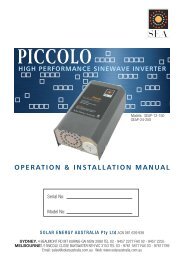