Weather ForecastBy Daniel GarzonHe prayed 39 times before to understand that the ceremony was partof a mantra. The cold wind enveloped his feet, and by a second, thepain was faded. Suddenly the creature was in front him. The creatureand the other flying foxes covered his body, and such as other years,the beating of its wings made stronger the wind. During the night theweather forecast mentioned that a new cyclone was formed in just 39seconds.

NeurotoxinBy Lisa MowbrayA sting signalled that the skin barrier had been breached and apowerful poison, one of the most toxic known to humankind, wasinside him. The effect was immediate; muscles rapidly paralysed.Eyes welling involuntarily, a tear rolled unbidden down his cheek,falling from his clenched jaw. Simultaneously, he lamented thedecision to come here and prayed for it to be swiftly over. Minuteslater, it was. The man looked at his reflection, delighted. In business,youth and attractiveness was power. He had recently turned 51, butthanks to the miracle of Botox, he could easily pass for 39.

Thirty-nine plus twoBy Jean MillerShe was gasping as she held onto the rail. ‘Thirty-nine steps and twolandings’, she reminded herself inside her head. She had countedthem last time there had been a fire drill. She straightened up andcontinued running down, but her breath was failing her. ‘Just twentysixsteps and one landing,’ she gasped, but her strength was leavingher. She collapsed on the next landing – so near, yet so far. She diedthere, overcome by the billowing smoke that was filling the stairwell.Why was she even in the building? It was derelict, ready fordemolition tomorrow.

Shoes For DancingBy Jean MillerPetunia looked up and smiled. ‘Yes, please,’ she said, I’d like to trythese in size thirty-nine. Do you have them in red?’ The assistant soonreturned with two pairs of shoes, one pair blue, the other red. Theyfitted very well, ‘Like a glove,’ she said, ‘I’ll take both please.’She wore the blue pair to a lunch date with her two best girlfriends thefollowing day, and the red pair that same evening to a date with a manshe had met on the internet.The red shoes were missing when her body was found.

SignsBy Jean MillerI woke suddenly in response to loud voices in the street. My digitalclock showed 00.39. Three plus nine equals twelve, one plus twoequals three, I muttered. Relieved, I slept again. After lunch, whilewalking my labradoodle puppy, I approached a four street junctionwhere each exit had a STOP sign. Today, each solid white line had acar behind it. I stopped to watch. None of the drivers seemed to knowwhich one had right of way. I noticed each car registration platestarted with ‘39’ and ended with TM, my initials.What could it possibly mean?

HomeBy Natarsha LionsHe stood across the suburban road, looking to a familiar house. Withelation he ran to the front door – knocking three times before itopened; revealing his exquisite wife, Sarah. Slowly he watched heremerald eyes rise, working their way past the polished badge,branded: ‘SQUADRON 39’. Finally as their eyes met, the spark ofrecognition was instantaneous. She flung herself forward andembraced him. His lips hurriedly found hers, and with that kiss, theyshared the torment and longing they’d endured from being apart solong. “Finally” he whispered, “You’re home” she completed beforekissing him again.

SURPRISE!By Joanne RocheThe party had been organised for weeks. There had been muchwhispering, discussions behind closed doors and silences when sheappeared unexpectedly. The table was booked and balloonsorganised. A colleague had collected money and beautiful emeraldearrings to match her eyes were bought. Excitement and anticipationrose as the day neared. She agreed to meet a colleague for dinner todiscuss an issue. When she arrived at the restaurant, the maître-deushered her to a private room. The door opened to reveal a colourfulbanner proclaiming ‘Happy 40th birthday’. As people cheered, shewailed, “but I’m only 39!”.

The family treeBy Joelle FlemingDepression is a dreadful companion, with therapies almost worsethan the disease itself. Desperate, I remembered an old Frenchproverb, ‘If you don’t know where you are going, look where you comefrom’. I started my genealogy and unearthed 39 forebears. Their liveswere arduous, brutal, wretched. I reached a grandmother who hadlost in quick succession a husband, two sons and a grandson, butwho was still fond of saying: ‘Count your blessings, not your sorrows’.Mind over matter perhaps? Or just a sense of perspective? Itworked. My ancestors have shown me the way. Merci.

Facts on Every Human Feat – or not?By Chris RiggsFacts swim on the page. Biggest. Smallest. First. Last. Great. Greater.Greatest. My head spins with all the new knowledge of the spectacularfeats of human achievement. First flight. Greatest leader. Biggesthamburger. There seems to be nothing our species cannot achieve.We’ve conquered the highest mountains, the deepest oceans and thefurthest reaches of outer space. We’ve run faster, swum further andjumped higher than any generation before us – the “Book of Facts”,that Dewey classified under 039 on the library shelves tells us so. Yethave we truly conquered ourselves?

3 September, ’39By Chris RiggsSun rises. Day breaks. Just like any other day. I wash my sunscorchedface, then settle for a hearty breakfast, as the wife boils up acuppa on the copper. The baby cries, ready for the new dawn. Elvietends the toddler in the next room, before cuddling the baby to herbosom. I smile – we each have our jobs to do. I turn on the radio, pullon my tattered boots and reach for my worn hat. “…Australia is also atwar…” The words pierce the morn like a dagger. No longer like anyother day.

<strong>Weather</strong> <strong>Forecast</strong>By Daniel GarzonHe prayed 39 times before to understand that the ceremony was partof a mantra. The cold wind enveloped his feet, and by a second, thepain was faded. Suddenly the creature was in front him. The creatureand the other flying foxes covered his body, and such as other years,the beating of its wings made stronger the wind. During the night theweather forecast mentioned that a new cyclone was formed in just 39seconds. 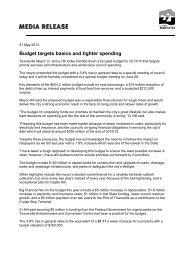 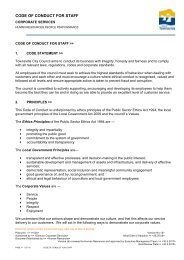 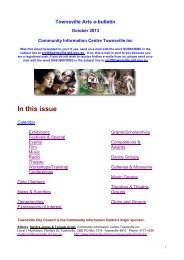 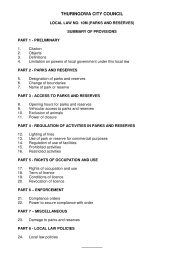 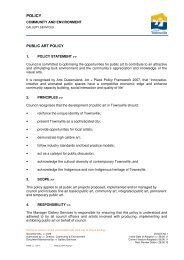 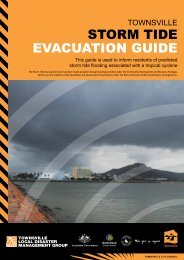 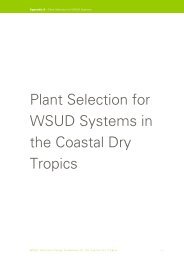 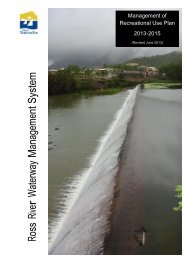 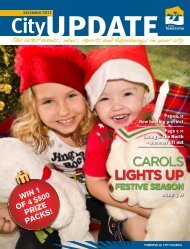 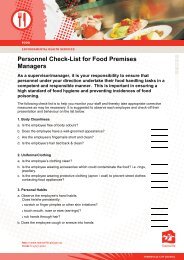 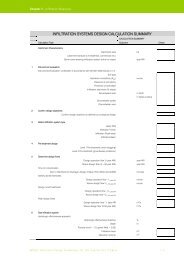 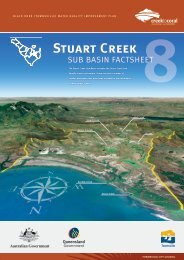 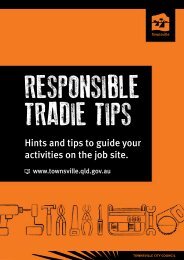 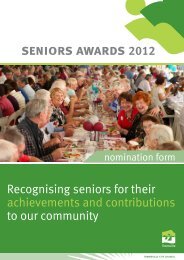 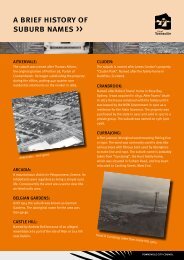 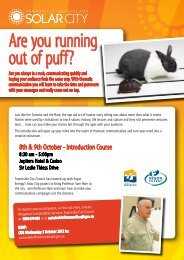 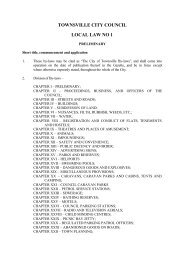 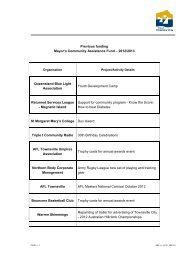 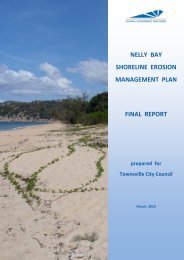 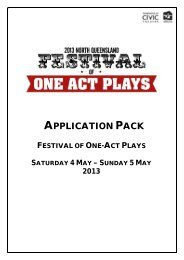 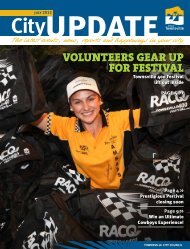 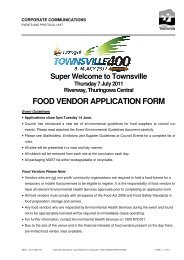 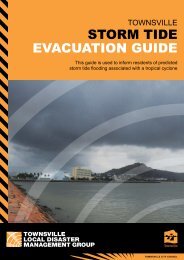 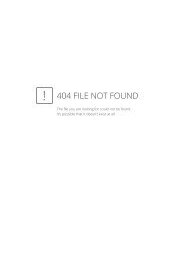 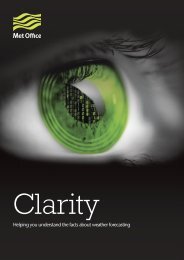 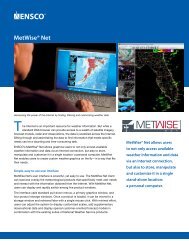 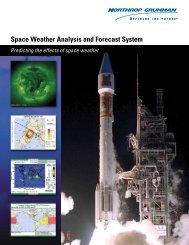 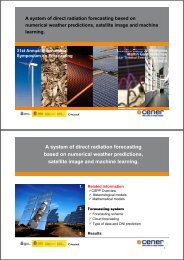