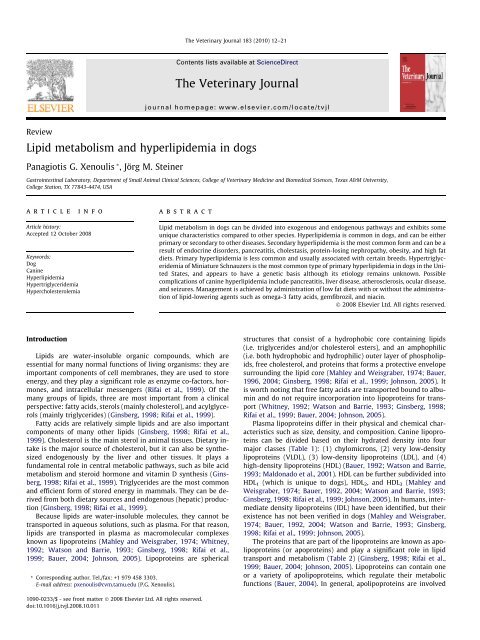 Lipid metabolism and hyperlipidemia in dogs

Lipid metabolism and hyperlipidemia in dogs

P.G. Xenoulis, J.M. Steiner / The Veterinary Journal 183 (2010) 12–21 15Fig. 1. Lipemia. Serum samples with normal triglyceride concentrations are clear (left tube). As the serum triglyceride concentration increases, serum becomes turbid (middletube) and ultimately lactescent (right tube).Fig. 2. Chylomicron test. The picture on the left shows a lipemic serum sample from a dog with hypertriglyceridemia right after separation of the serum from the clot. Thesame serum sample is shown on the right after overnight refrigeration (chylomicron test). The formation of a cream layer due to hyperchylomicronemia is obvious. Theremaining serum below the cream layer is clear (although hemolytic), which suggests that other classes of lipoproteins are not increased in this patient.

18 P.G. Xenoulis, J.M. Steiner / The Veterinary Journal 183 (2010) 12–211977; Whitney, 1992; Ford, 1993, 1996; Bauer, 1995, 2004; Williams,1996; Williams and Steiner, 2005). In addition, the highprevalence of pancreatitis in Miniature Schnauzers has been attributedto the fact that dogs of this breed commonly develop hypertriglyceridemia(Whitney, 1992; Williams, 1996; Ford, 1996;Williams and Steiner, 2005). Available clinical and experimentaldata to support the above hypotheses are limited, however. Pancreatitishas been shown to develop in dogs after feeding highfat, low protein diets, and is more severe when induced in dogsbeing fed a high fat diet (Lindsay et al., 1948; Goodhead, 1971).Also, in vitro studies on an isolated canine pancreas showed thathigh triglyceride concentrations can induce pancreatitis possiblythrough the release of free fatty acids (Saharia et al., 1977).Clinical studies have shown an association between hypertriglyceridemiaand pancreatitis in dogs, although it is not knownwhether hypertriglyceridemia was the cause or a result of pancreatitis,or just an incidental finding in some cases (Rogers et al.,1975a,b; Whitney et al., 1987; Cook et al., 1993; Hess et al.,1998, 1999; Williams and Steiner, 2005). In a preliminary study,hypertriglyceridemia exceeding 10.17 mmol/L (900 mg/dL) wasfound to be associated with an increased risk for pancreatitis inMiniature Schnauzers, and that might also be true for dogs of otherbreeds (Xenoulis et al., 2006). Secondary hyperlipidemia seen indogs with some endocrinopathies (e.g., hyperadrenocorticism) orobesity may be responsible for the increased risk for pancreatitisassociated with these diseases (Chikamune et al., 1995; Hesset al., 1999, 2000). Based on these studies, an association betweenhypertriglyceridemia and pancreatitis in dogs is obvious, but acause-and-effect relationship has not been established yet.Hepatobiliary diseaseClinical studies and anecdotal observations suggest that twoconditions of the liver might be associated with hypertriglyceridemiain dogs: vacuolar hepatopathy and gallbladder mucocele (Center,1996; Scherk and Center, 2005). Hyperlipidemia-associatedvacuolar hepatopathy has been more commonly associated withhypertriglyceridemia in Miniature Schnauzers (Center, 1996). Gallbladdermucocele has been commonly reported in dog breeds thatare predisposed to idiopathic hyperlipidemia (e.g. MiniatureSchnauzers and Shetland Sheepdogs) and hyperlipidemia has beenimplicated in gallbladder disease in humans (Boland et al., 2002;Pike et al., 2004; Aguirre et al., 2007). In a recent study, an associationbetween gallbladder mucocele formation and dyslipidemias(hypertriglyceridemia and hypercholesterolemia) was describedin Shetland Sheepdogs (Aguirre et al., 2007). In this study, manyof the dogs with a gallbladder mucocele had no clinical signs orbiochemical abnormalities, except for an increased serum ALPactivity in some cases (Aguirre et al., 2007). Although asymptomaticin many cases, both vacuolar hepatopathy and gallbladdermucocele can potentially be fatal (Center, 1996; Aguirre et al.,2007).Idiopathic hypertriglyceridemia (especially P4.52 mmol/L or400 mg/dL) was found to be associated with increased serum liverenzyme activities in healthy Miniature Schnauzers (Xenouliset al., 2008). In that study, 60% and 45% of the Miniature Schnauzerswith serum triglyceride concentrations P4.52 mmol/L(400 mg/dL) had increased ALP and ALT activities, respectively.In contrast, 0% and 9% of the Miniature Schnauzers with normalserum triglyceride concentrations had increased ALP and ALTactivities, respectively. Whether or not such cases require additionaldiagnostic investigation of the cause of the liver disease remainsto be determined. Given the fact that in this study mostdogs had serum elevations of more than one liver enzyme activitiesthat are often considered significant (>2 times the upper limitof the reference range), additional diagnostic work-up or retestingwould seem appropriate.AtherosclerosisAlthough dogs appear to be resistant to atherosclerosis due totheir lipoprotein composition and metabolism, they have been reportedto develop atherosclerosis in both experimental and clinicalstudies (Mahley et al., 1974, 1977; Liu et al., 1986; Kagawa et al.,1998; Hess et al., 2003). Spontaneous atherosclerosis has been reportedin dogs mainly in association with secondary hypercholesterolemiadue to endocrinopathies (Liu et al., 1986; Hess et al.,2003). In one study, 60% of 30 dogs with atherosclerosis had hypothyroidismand 20% had diabetes mellitus (Hess et al., 2003).Ocular diseaseSeveral ocular manifestations of hyperlipidemia, such as lipemiaretinalis, lipemic aqueous, and lipid keratopathy have been reportedin dogs (Crispin, 1993). Recently, solid intraocularxanthogranuloma formation was reported as a unique disorder ofhyperlipidemic Miniature Schnauzers (Zafross and Dubielzig,2007).Other possible complications of hyperlipidemiaSeizures and other neurologic signs have been reported to occurpotentially as a result of hyperlipidemia in dogs (Rogers et al.,1975a; Bodkin, 1992; Bauer, 1995; Vitale and Olby, 2007). However,the relationship between these disorders remains obscurein dogs. Also, some authors report that hyperlipidemia can causeclinical signs of abdominal pain, lethargy, vomiting, and/or diarrheawithout evidence of pancreatitis or other diseases (Ford,1993, 1996). This is highly speculative, however, because publishedreports are lacking and, given the difficulty in diagnosingpancreatitis especially in past decades, pancreatitis could have easilybeen missed.Treatment of hyperlipidemiaThe first step in the treatment of hyperlipidemia is the determinationof whether the patient has a primary or a secondary lipiddisorder (Rogers, 1977; Ford, 1996; Johnson, 2005). Thus, specificdiagnostic investigations should be performed in order to diagnoseor rule out diseases that can cause secondary hyperlipidemia.Treatment of secondary hyperlipidemia relies on the successfultreatment of the primary disorder after which hyperlipidemia usuallyresolves (Rogers, 1977; Whitney, 1992; Ford, 1996; Johnson,2005). Resolution of secondary hyperlipidemia after treatment ofthe cause should always be confirmed by laboratory testing (usually4–6 weeks after correction of the primary disease). If hyperlipidemiahas not resolved, wrong diagnosis, ineffective treatment, orconcurrent primary or secondary hyperlipidemia of other causeshould be considered.After secondary causes of hyperlipidemia have been ruled out, apresumptive diagnosis of a primary lipid disorder can be made(Whitney, 1992). It has been recommended that hypertriglyceridemiathat exceeds 5.65 mmol/L (500 mg/dL) should be treated in orderto avoid possible complications (Whitney, 1992; Ford, 1996). Italso has been recommended that the treatment goal should be tokeep serum triglyceride concentrations

P.G. Xenoulis, J.M. Steiner / The Veterinary Journal 183 (2010) 12–21 191996; Johnson, 2005). Dogs with primary hyperlipidemia should beoffered a low fat diet throughout their lives (Ford, 1996). Diets thatcontain less than 20 grams of fat per 1000 kcal are recommended(Ford, 1996; Johnson, 2005; Elliott, 2005). Many commerciallyavailable diets are suitable for dogs with primary hyperlipidemia.Treats and table scraps should be avoided unless they are low infat (Elliott, 2005).Serum lipid concentrations should be re-evaluated after feedinga low fat diet for about 4–8 weeks (Ford, 1996). If serum triglycerideconcentration has decreased to 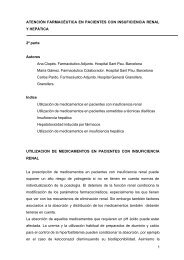 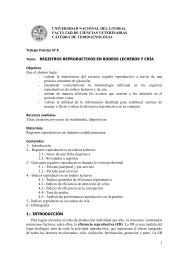 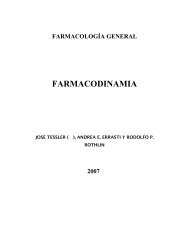 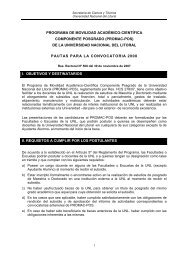 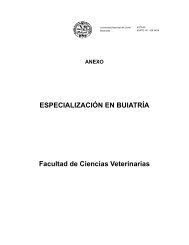 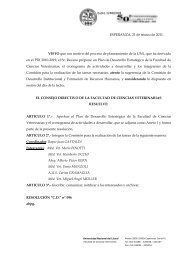 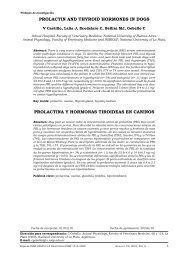 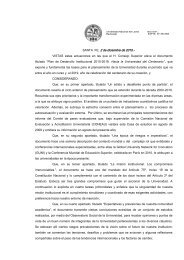 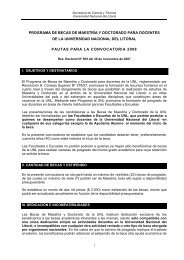 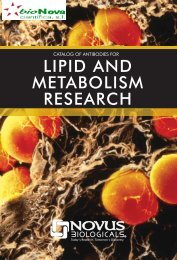 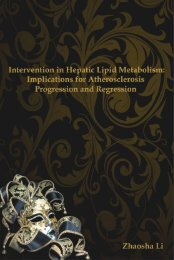 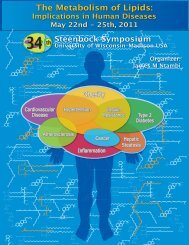