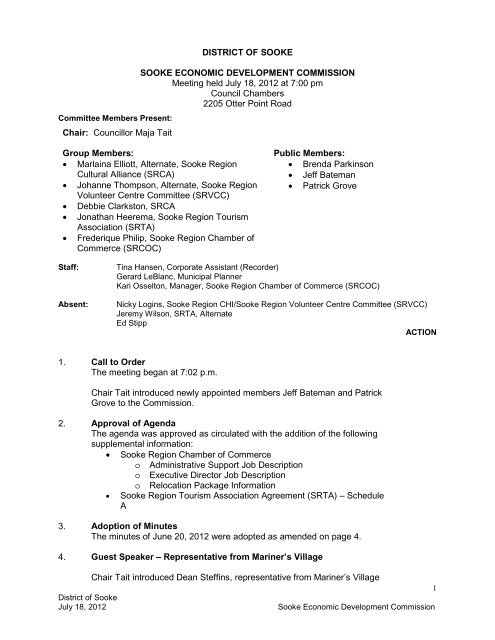 Grove to the Commission.

to the Commission and members of the public.

provided a powerpoint presentation for the Commission on Phase 2

(Merchant’s Landing) of the Mariner’s Village development. The

• Location of Mariner’s Village in the New Town Centre

the city and community to meet common goals

• Mariner’s Village aspires to become an integral part and foundation

of the town center and community of Sooke

District’s tax base substantially. By getting development going, it will help

A discussion took place between the Commission and Mr. Steffins and Mr.

Harder as to the following comments and inquires:

• Whether there would be conference facilities

• Commercial space is an important component for Sooke

• Incorporating an Ocean Discovery Centre or something for children

• Incorporating a facility for seniors and youth

• EDC working together with Mariner’s and other developers to

• Customs office and Marina – planned for phase 2B

• Informing the community and promoting that Mariner’s is serious

about staying and becoming part of the community

Mr. Steffins reported that Mariner’s wants to work with the District in

edge of the vision in the District’s Official Community Plan.

Chair Tait thanked the representatives from Mariner’s Village for their

The Commission agreed by general consensus to make the following

amendments to page 1 of the report:

opportunities of the Sooke region”

• Sooke Region Community Health Initiative: “to represent the many

non-profit and community groups in the Sooke region”

MOVED and seconded to accept the proposed Sooke Economic

to forward the report to Council.

Macgregor Park advising that the Commission needs to consider whether

this is an initiative it would like to support.

projector and screen. Chair Tait advised that a member of staff set up the

equipment on a volunteer basis.

A discussion ensued between members of the Commission as to the

• Turnout numbers for previous movies in the park – approximately

• Creates activity in the park – detours vandalism and mischief

• May be affected by poor weather

• Something positive for youth

last year providing them with an activity to do. The films are orientated for

children. It is a good opportunity to give something to the community.

MOVED and seconded to provide $1,200 in funding to the Sooke Starlight

recognition of the EDC is included.

AND FURTHER THAT a report be submitted on the measurable and

The Commission received section 4.4 of the Official Community Plan for

The Commission reviewed the Fee for Service Agreement Schedule “A”

Tourism Association which indicates the services the groups provide to the

Agreement and work plans for the Chamber of Commerce and Sooke

Region Tourism Association be provided to Council as Council has

Council has reviewed the issue.

organizations depend on the funding and feels that the decision is

negligent. Mr. Heerema stated his concerns as to eliminating funding to

$20,000 web cam. This goes against the purpose of what they are trying

to do. Mr. Heerema reported that SRTA receives funds from the province

A discussion ensued between members of the Commission as to the

• EDC and membership groups to provide an Economic

• Using the same Schedule A format for all the groups

• Commission did not receive reporting from Finance Committee on

what type of funding the EDC has

• Requesting Finance Chair to present to Commission on funding

• Concerns that funding was provided to groups at previous EDC

meeting without knowing what budget was

MOVED and seconded that the Commission invite the Finance and

Administration Committee Chair to the next EDC Meeting in September to

on economic development and related funding.

The Committee discussed the deliverables and measurable for Sooke

measurable and request that Council honor their 2012 agreements.

MOVED and seconded to recommend that council approve the Fee for

Service Agreements with the Schedule A and all applicable attachments

AND THAT COUNCIL honour the commitments for 2012 as per the

o Nothing to report until funds are received.

o Working on proposal for grant for seniors project

The Commission received the letter from Sooke Fine Arts Society.

The Commission discussed the District of Sooke webcasting noting that

the issue was never debated in the Council Chambers. A discussion

ensued as to the cost of the webcasting; being transparent.

Chair Tait offered written materials to the Commission for reference on

Conference in Kelowna September 21 st to 23 rd . The Commission

members will research Communities in Bloom and will discuss sending a

representative to the Communities in Bloom Conference at the next

There was no input from members of the public. 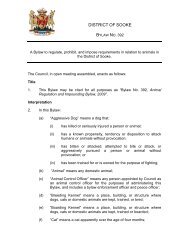 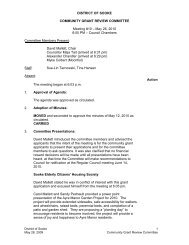 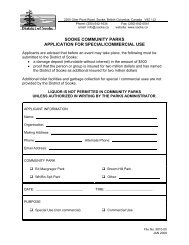 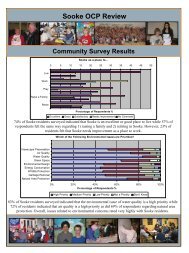 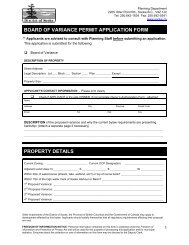 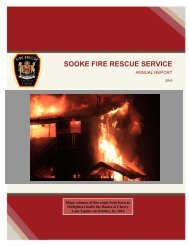 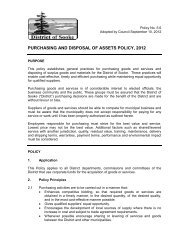 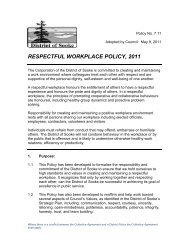 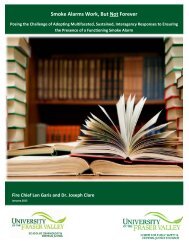 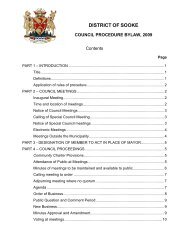 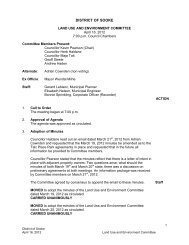 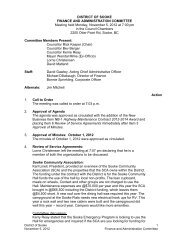 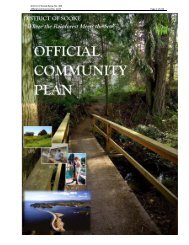 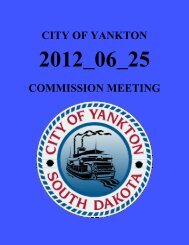 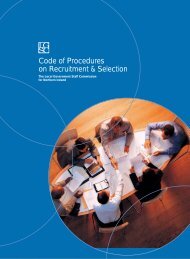 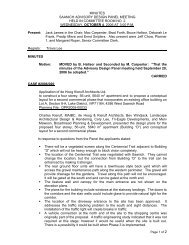 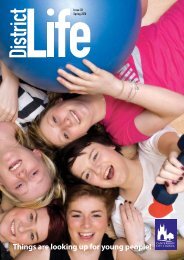 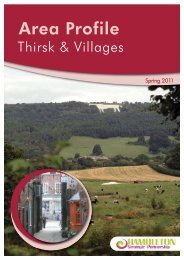 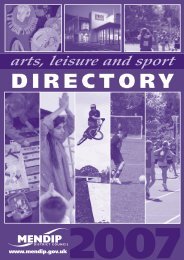 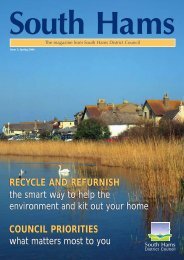 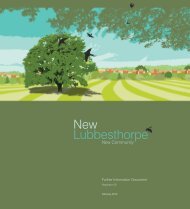 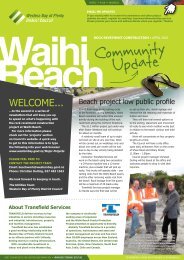 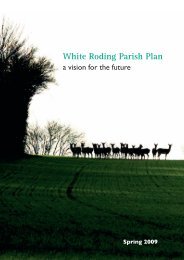